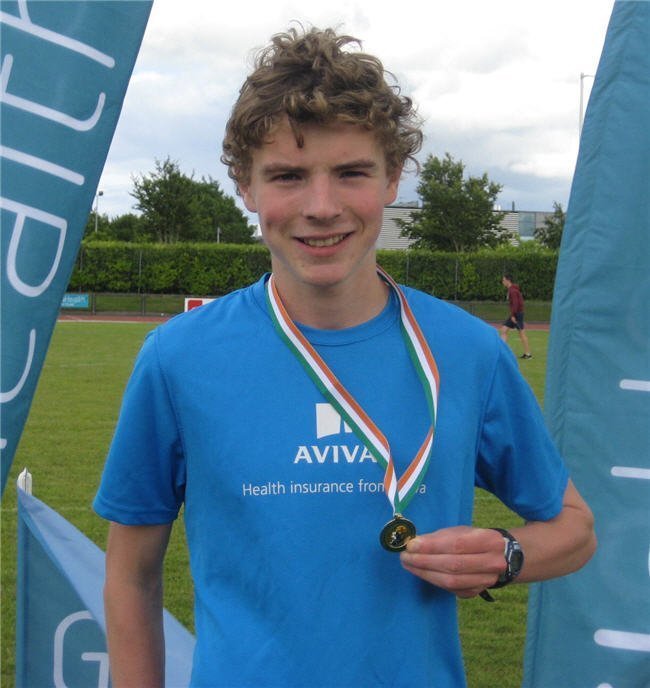 Jamie Fallon had a fantastic run in the National Junior 5000m in Cork IT at the weekend when winning it in a time of 15.19.87. If you were watching it on aertv.ie, the commentators were very impressed with Jamie’s performance as the race was combined with the U23s and Jamie placed 4th overall in the field – shaking it up with athletes 5 years older at the head of the race.

Also in action, Cathriona Farrell took the National U23 High Jump title with a leap of 1.65m. Cathriona was nursing an injury picked up recently in training and retired from the competition after the 1.65m jump as she had won it at that stage.