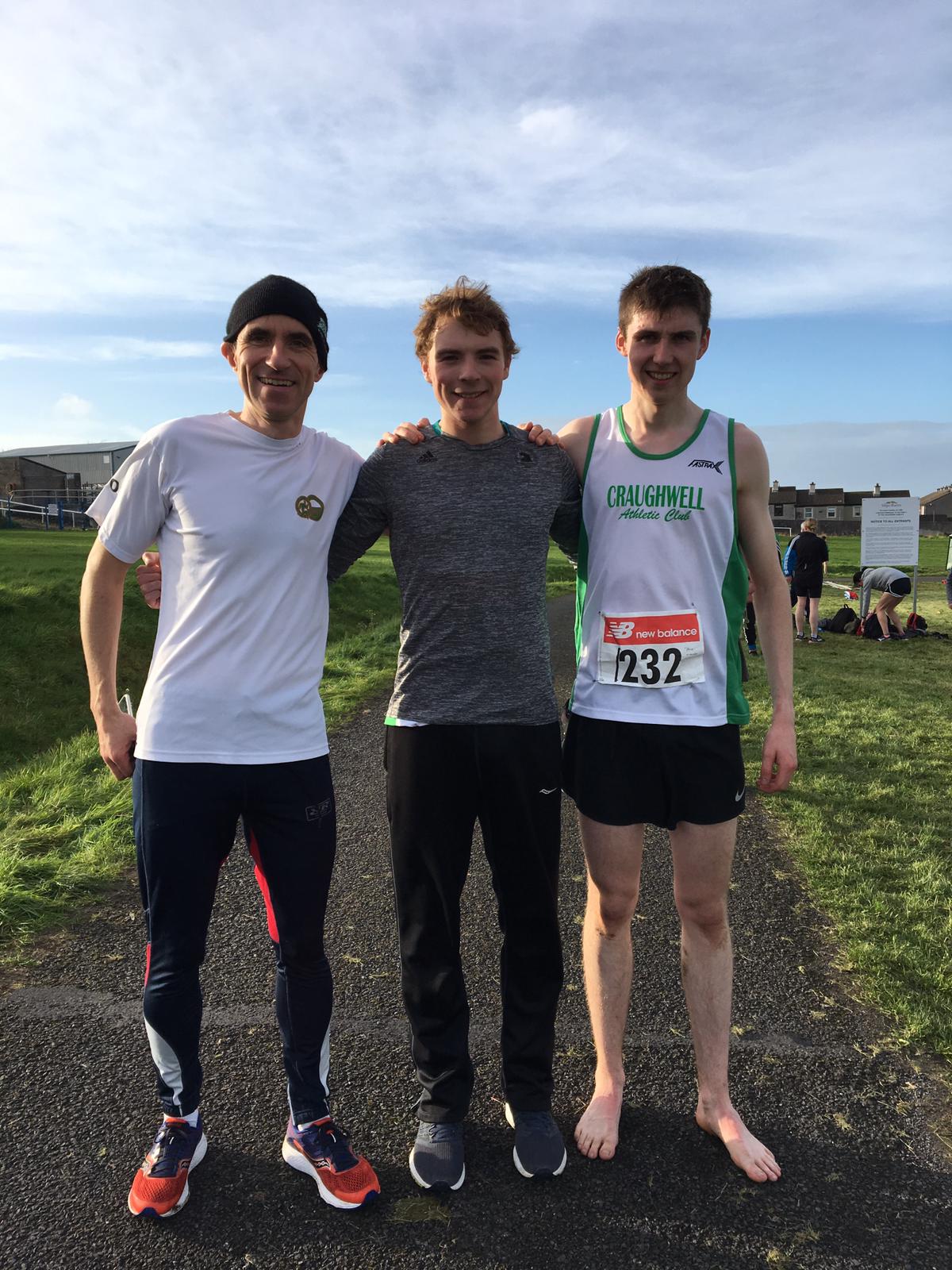 The road back to competitive running after a long layoff is tough!  It takes motivation, patience and immense faith as you wait to turn the corner.  Last Tuesday at training, Jamie Fallon was cruising through his intervals as usual but something was different about him – you could tell he was enjoying himself and his old stride and flow was back – he was going to be a dangerous man come Sunday!.

A large field of over 50 hardy athletes lined up for the second leg of the Connacht Cross country today which was run over four 2-kilometer laps, with the famous Sligo drag of over 400m to cope with on each lap.  The big guns of Sligo athletics had lined up – including standout athletes like JP Carty and Emmet Dunleavy (iaaf profile), alongside the best of Mayo, Roscommon, Leitrim and Galway.  Jamie took the race by the scruff from the start and soon formed a breakaway group of two with Dunleavy hanging on to his heels.  It was a fascinating battle to watch unfold as the classy Dunleavy dug deep and responded to surge after surge from Jamie.  Dunleavy who has a 1.53 800m is known for his phenomenal kick and he duly used it to push for home from 400m – up that hill and win by two seconds.  A brilliant race to watch!  Well done to Jamie and his longtime coach/mentor Jimmy for getting him into such terrific shape so quickly.

Jamie (center) and Jack (right) pose with a fan

Jack Miskella also had a fine run in a field of serious quality.  Jack is primarily using the cross country to build a base of strength for his favoured track season and races like this should definitely do the trick!  He got off to a strong start – slipped a little in the middle but rallied again at the end for a great finish – well up in the top quarter of the strong field.

Unfortunately on this occasion the club didn’t have a team as some that were travelling to the event weren’t quite able to make it in time.  Galway was well represented however as GCH and Castlegar had big teams there and were very strong with good runs from many of their guys.  Hopefully we can field a few more in the mix next week in Belleek, Ballina – perhaps even a few ladies!