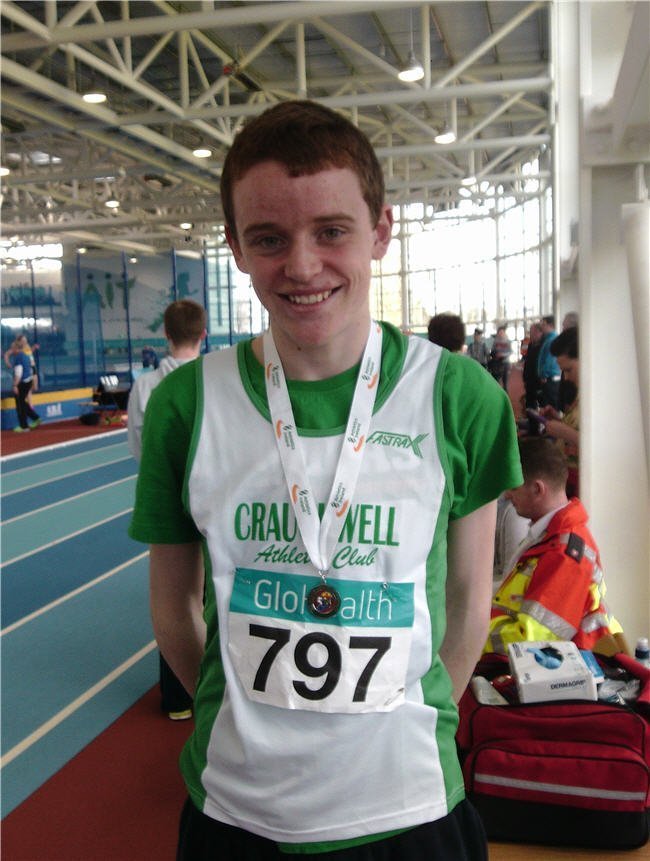 Jerry Keary was the pride of the club on Saturday when he jumped a brilliant 1.70m to take the silver medal in the U16 boys high jump, in the process eclipsing the previous club best in this age group by 10cm. Jerry got off to a wobbly start knocking 1.55m on his first attempt and then proceeding to clear 1.60 and 1.65 on his first attempt.

With 5 jumpers still in it at 1.70m, it was a top quality competition. Only 1 cleared it on his first attempt, the eventual winner. Jerry got it on his 2nd attempt, the crucial jump as it turned out as it earned him the silver medal when the other 3 jumpers took another attempt to get it.

At 1.73m, Jerry made a few great attempts but it wasn’t to be on this occasion. But he was delighted with silver, a new PB and a club age group record and his first time on the podium since clearing 1.20m to take bronze as an U12 in 2011 having come close on many occasions in the intervening four years.

Lorraine Delaney and Laura Cunningham were both in action in the U16 girls high jump with Lorraine equalling her to place 10th with a 1.50m best and Laura placing 12th with a 1.45m jump, unlucky to miss the 1.50m.

The relays threw up their usual share of exhilarating excitement with 2 fourth places finishes from the boys U15 and boys U12 teams in their finals.

The U15s ran a time of 1.50.29 to win their heat and followed it up with an exceptional performance in the final to place 4th with a time of 1.49.04 with the team of Alex Evans, Sean Connaughton, Ultan Sheerin and Oisin Shannon.

The U12s ran a superb heat in a time of 57.13 and followed it up with an exceptional 56.47 to take 4th place in a tight finish in the final – both times being club age group records. The team were Robert Urquhart, Sean Fox, Conor Hoade, Lukas Schukat and sub Liam McDonagh. 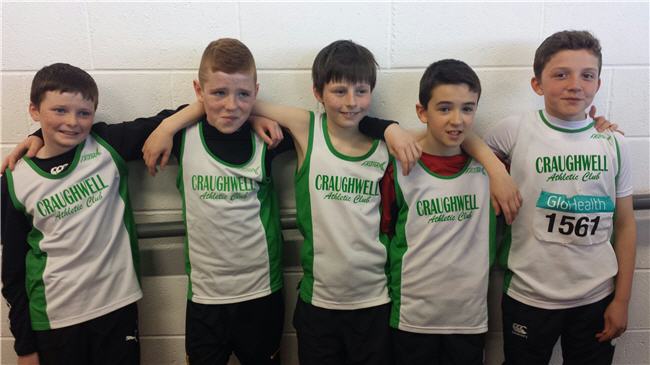 Earlier in the day the U15 girls recorded a good time in their 4x200m heat of 1.57.03 (Rachael Hughes, Mia Waters, Anna Farrelly, Siona Lawless) as did the U16 girls with a time of 1.56.22 (Siona Lawless, Lorraine Delaney, Anna Farrelly, Laura Cunningham) and the U14 boys who were unlucky to drop the baton in their race when recording a time of 1.59.84 (Alex Evans, Sean Connaughton, Kyle Moorhead, Finbar McFadden, sub Ciaran Connaughton). The U13 boys had a strong performance in their heats to qualify for the final when winning their heat in a time of 56.79 and went on to place 5th in the final in a time of 57.01 with their team of Lewis Ryan, Jack Fitzgerald, Padraig Martyn and Shaun Gilligan. 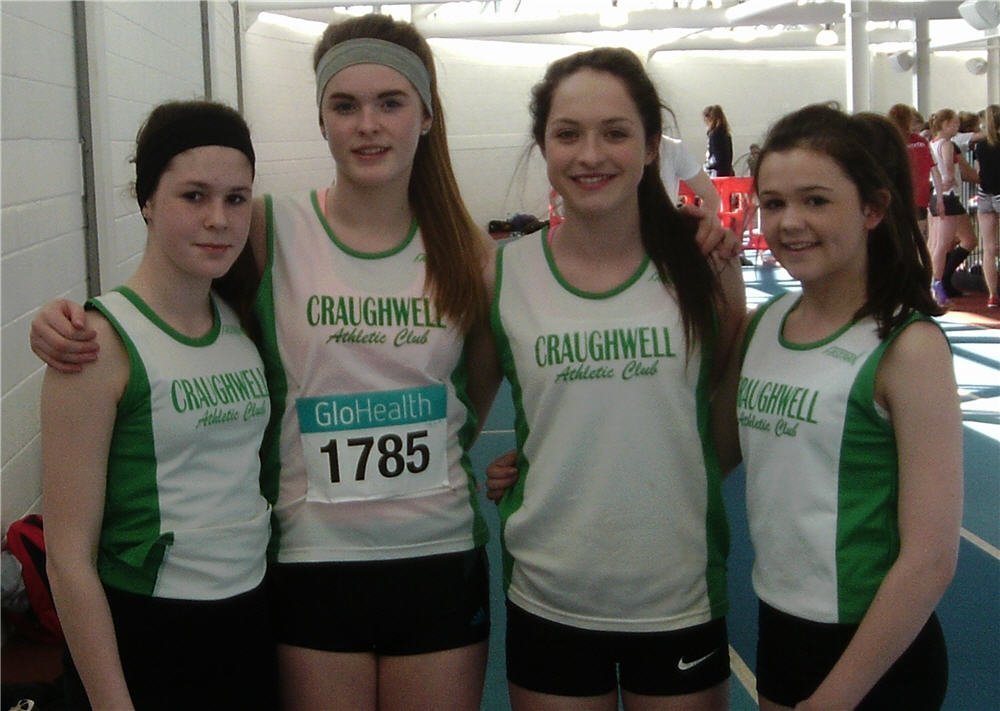 Meanwhile Oisin Lyons had a massive performance on his international debut when he placed 12th in the Schools International Cross Country which was held in Santry. While it has not been confirmed yet, its thought the Irish team took the silver medals. Also in flying form, Neil Greaney had a fine run to take the victory in the PREDA 5k Run for Freedom at Ballybrit where he held on for the victory in an excellent time of 16.25, battling to the line with clubmate Jason Broderick.

Finally welcome to Craughwell tomorrow to all the Craughwell 10 participants! Best of luck to all! And best of luck also to all our juveniles in action at day 2 of the National Indoors tomorrow!

Full results of todays action is at:- http://www.athleticsirelandenterprises.com/results_21032015/schedule.html