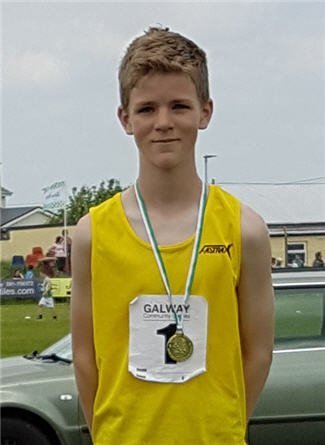 Kyle Moorhead on the podium at the Taillteann Games

Kyle Moorhead put in an incredible run in the 1500m steeplechase last weekend to take the silver medal at the inter-provincial Taillteann Games in Santry last weekend. Having placed 6th a few weeks earlier against the same competitors at the Irish Schools finals in a PB time of 4:52.74, Kyle knocked a whopping 9 seconds off this time to take the National silver in 4:43.77 – Kyle’s first time on the National podium and a well-deserved success for a very dedicated athlete. This puts Kyle firmly in the frame for selection for the Irish team to contest the schools international later in the summer, with the team to be announced shortly.

Also in action last weekend, Jack Miskella continued his good form with a fantastic PB and club record of 3:59.03 at the Irish Milers meet in Belfast – breaking the old record of 3:59.45 set by Damien O’Boyle in Texas last year. While John Cormican raced to 3rd place in the men’s 800m at the UL Thomond Games in Limerick in a time of 2.00.93 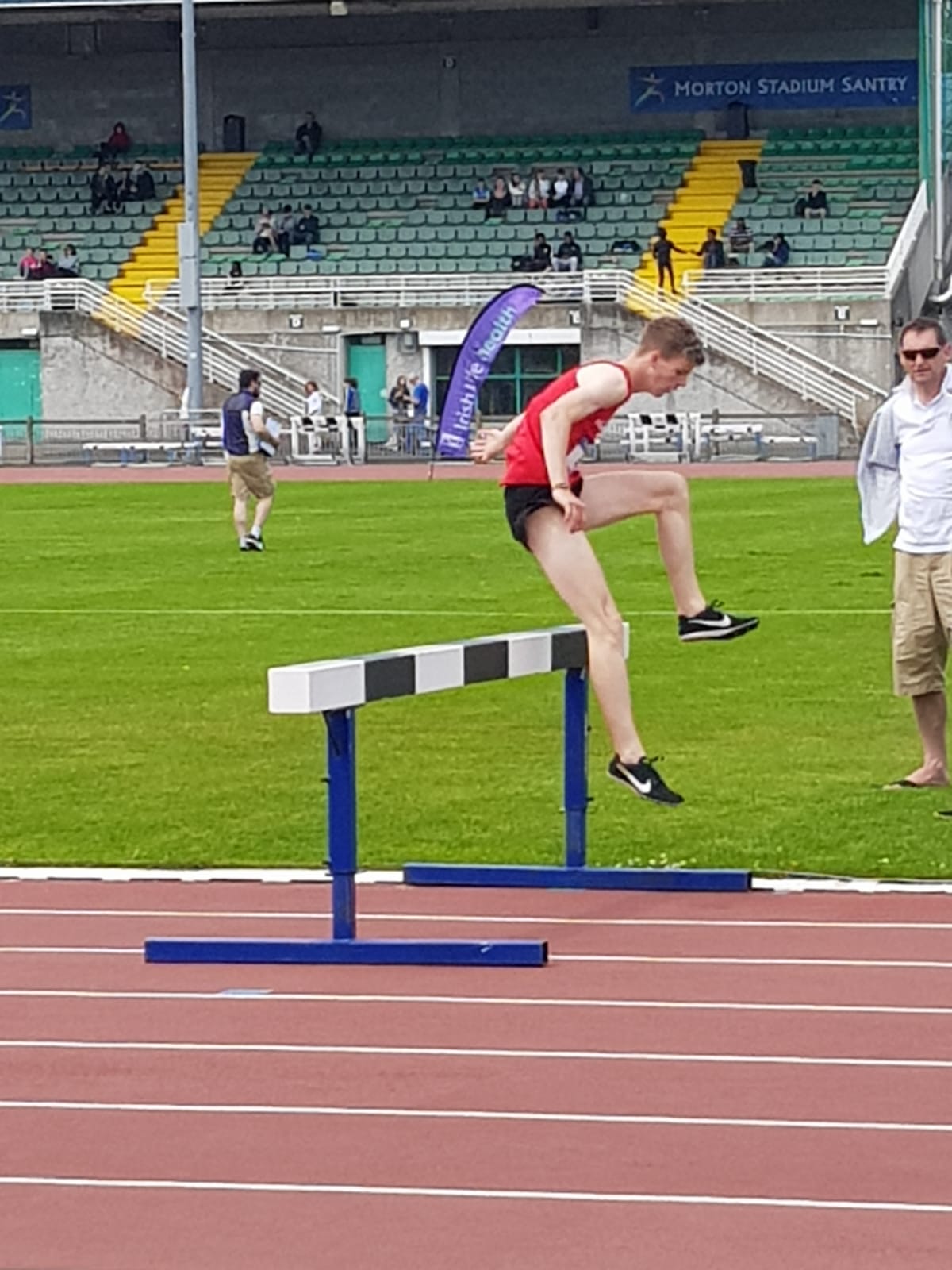 Kyle in action in the Taillteann steeplechase