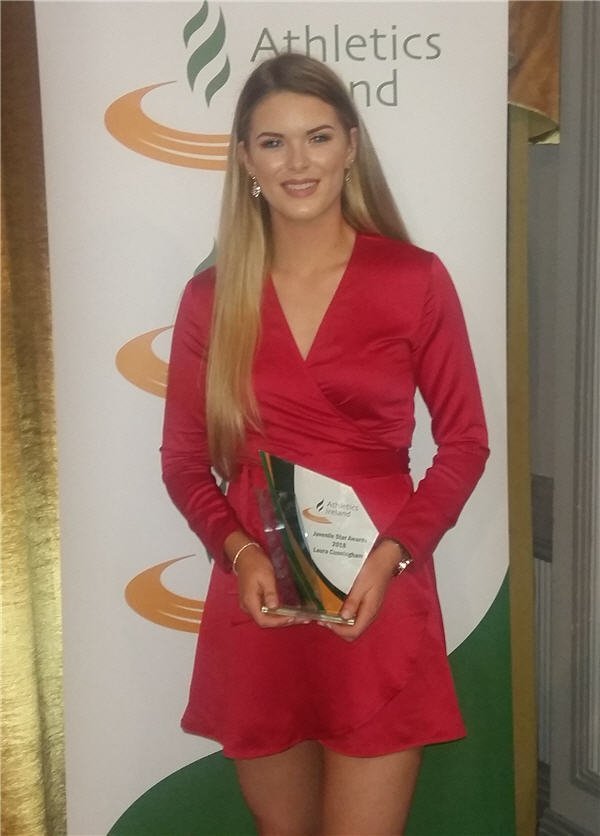 Laura Cunningham, Craughwell AC
who was presented with the Athletics Ireland Juvenile Star Award
at a glittering ceremony in Tullamore at the weekend
in recognition of her achievements at National level in 2018

Huge congratulations to Laura Cunningham who was presented with the Athletics Ireland Juvenile Star Award for 2018 based on her incredible achievments last year!  Each year Athletics Ireland select one athlete from the older juvenile age groups U16 upwards from each county for the award based on their success at individual National level throughout the year. Its a difficult award to win, particularly in County Galway such is the wealth of talent in the juvenile age groups. Previous winners of the award from our club were the outstanding Cathriona Farrell and Sinead Treacy so that’s an illustration of how hard it is to be recognised at this level.

Laura’s first taste of National success was as an U10 in 2009 with silver in both the paired long jump and in the relay. She has really blossomed as an athlete in the last 4 years with many National medals and an international appearance in triple jump in 2017 on the Irish Celtic Games team. But it was her performances in 2018 that sealed her selection for the prestigious award at the weekend with double silver in the National U19 indoor triple jump and high jump and bronze in the long jump . And in the outdoor season, she won gold in the National U19 triple jump, and placed so close to the medals with 4th place in both high jump and long jump.

For good measure, she was also a key member of our U19 relay teams who made the National podium 3 times in 2018 with silver in the indoor 4x200m, bronze in the outdoor 4x100m and signing off with their ‘favourite’ relay distance with gold in the outdoor 4x400m. In addition, she was the highest point-scoring member of the club’s U20 team which won the Irish U20 Club Championships, earning the right to represent Ireland at this year’s European Clubs U20 Track & Field. All of this success was achieved off huge dedication to training, one of the hardest working athletes in the club – routinely training 4 or 5 days a week during 2018 and cutting back a little this year to allow for extra study time for Leaving Cert.

And a quick mention of Laura’s training group over the years. Participation wise, it was always one of our largest age groups each year when you compare previous years. There is an unfortunate dropoff from sport right through the teenage years due to study reasons, social reasons, parttime jobs, etc but Laura’s group stayed very strong right throughout with 11 girls and 6 boys sticking at it right through to U19s. There are incredibly talented athletes in the group, several of whom would also have been very deserving of last weekend’s award. But they can share in Laura’s success as their talent, dedication and comradery was a huge factor in helping 1 of the group to this award and if they can stick at it, they will all go on to fantastic achievements as adults.

Finally a quick anecdote on her first taste of success which was in the Christy Kennedy Sports way back in 1st or 2nd class when Laura was on the Craughwell NS relay team. She was the final runner on her relay team and not having raced before didn’t know what to expect. She got the baton in 4th place and as an observing neighbour remarked, she just took off like a rocket and passed all of the other teams bar 1 in the next 50 metres – telling her mum afterwards that the line came too soon before she could pass the last girl!

Well done Laura, you are a credit to yourself, your parents, your training group and the club! Pictured below with her parents Tom and Lucy, with some of her training parteners Shauna and Lorraine, and with her coach Mike. 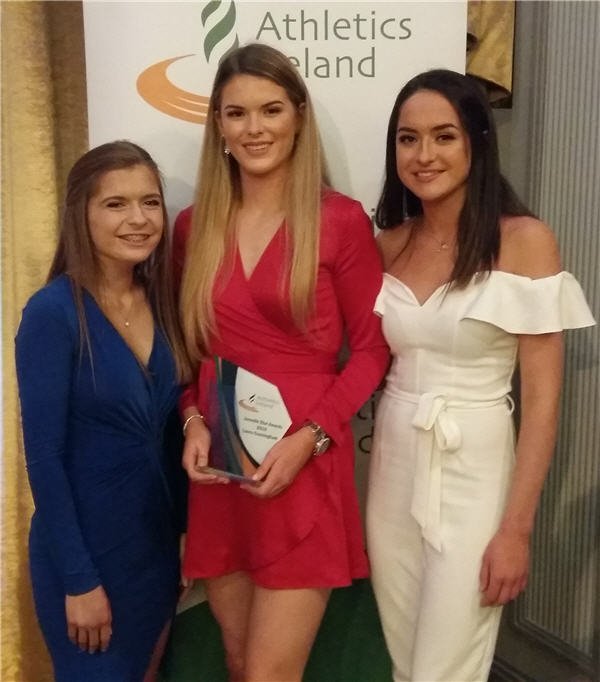 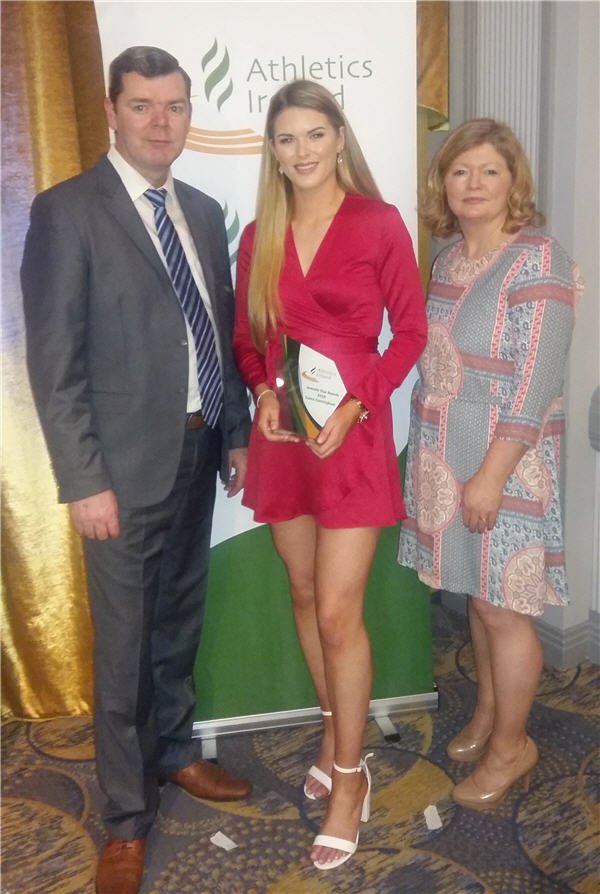 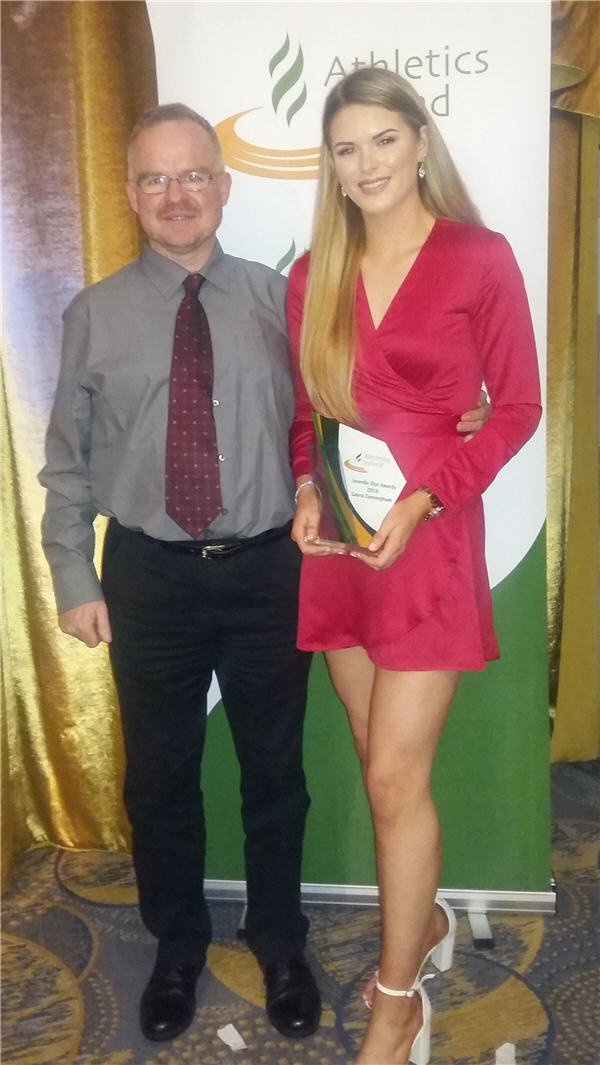