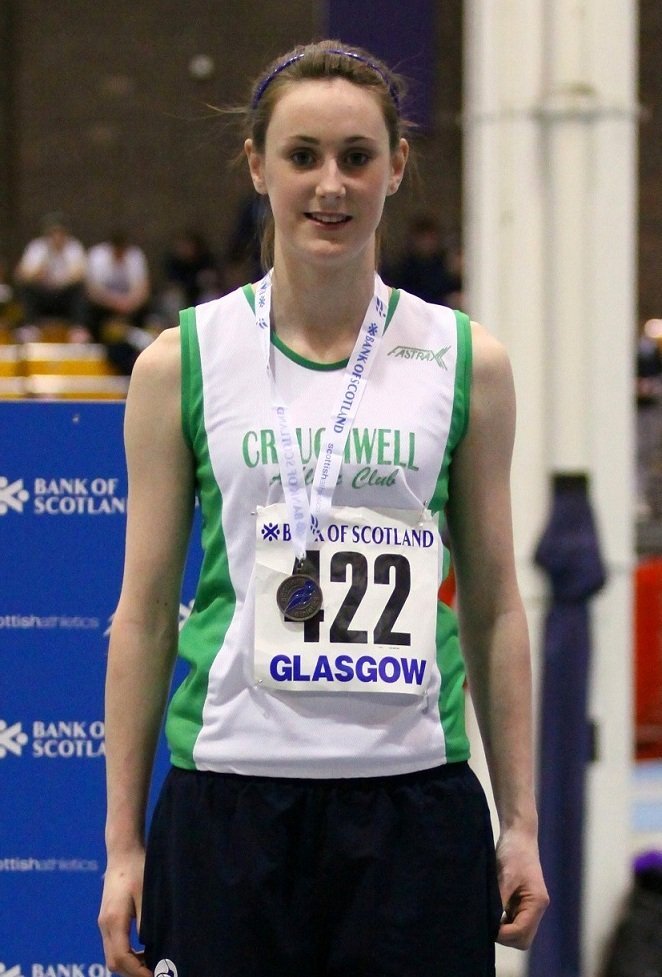 Maria McNamara and Cathriona Farrell were both in action at the weekend in high profile high jump events, with Maria travelling to Scotland for the Scottish Indoors and Cathriona in action in Nenagh at the Irish Universities Track & Field.

Maria produced an amazing series of jumps to clear all heights up to and including 1.50m in the U15 girls high jump in Glasgow. With only 5 left at that stage of the competition, Maria knocked 1.55m on her first attempt but cleared it on the 2nd attempt with a fantastic leap to set a new personal best. Down to two jumpers now, Maria almost nailed 1.58m but had to settle for the silver medal. This was Maria's best ever performance in high jump competition and to produce it in the biggest event she has yet contested was brilliant and augurs very well for the future.

Maria joins Cathriona as the club’s 2nd juvenile athlete to medal in high jump at international level. While I might be slightly biased, I would not think that there is an athletic club anywhere in the world that has produced two high jumpers of this calibre who live only 2 fields away from each other!

Meanwhile Cathriona added yet another National title to her collection when jumping in the Irish Universities Track & Field for the first time. Representing her college Dublin City University , Cathriona jumped clearly over 1.57m, 1.63m and 1.66m to win the competition at that height.  It was a fine performance from Cathriona who showed great determination and composure after a pretty hectic physical program midweek which included over 2 hours of gymnastics on Friday – not the ideal preparation for a National Championships but all part and parcel of the P.E. degree course in DCU.