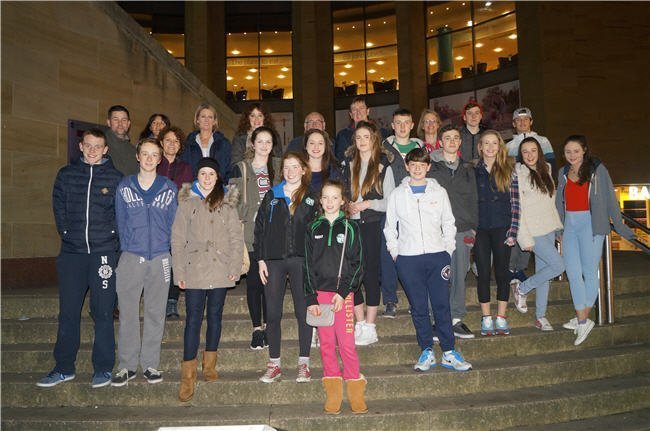 Most of the gang who travelled to the Scottish Indoors on Buchanan Street, Glasgow
(Credit: Daithi Cronin for most of the pics in this article)

A 30-strong group of athletes and parents from Craughwell AC journeyed to Glasgow for the Scottish Indoor Track & Field Championships at the weekend. With many athletes competing out of age, there were some fine performances over the 2-day event.

Pride of place went to Oisin Lyons who took the Scottish U15 1500m title with a superb display of front-running from gun to tape to take the victory in a time of 4.29.60, a fraction ahead of the 2nd place athlete. Oisin had earlier in the day ran a well-paced heat to comfortably qualify for the final in a time of 4.51.31 when taking 2nd place. In the final, Oisin led from the off and despite several challenges from the 2nd-placed Scottish athlete throughout the 7 and a half laps, Oisin held his ground at the front and took the Scottish title.

Daniel Callanan-Forde had some spectacular jumps in the U17 triple jump, eclipsing his previous PB of 10.75 by over a metre with jumps of 11.75, 11.76 and 11.77. Holding 3rd place with his 11.76 jump going into the final round, Daniel was just edged out of the medals by a leap of 11.89m on the last round – with Daniel improving slightly to 11.77m on his final jump but having to settle for 4th place. Earlier in the day Daniel took 6th place in the long jump with an impressive 5.62m – a 15cm improvement on his PB. All in all, while very dissapointed not to come home with some silverware, to take 4th and 6th place at this level when a year out of his age was a fantastic achievement for Daniel.

Ellie Cronin was another athlete to have a remarkable weekend with a 4th place finish in the U13 girls high jump. Ellie commenced jumping at 1.05m, clearing it comfortably but then struggled with her mark on the next height 1.10m – taking an extra step in and hence going off the wrong leg. Ellie moved back a few steps to have a run in of 7 steps and proceeded to clear all heights after that up to and including 1.30m on her first attempt to tie for the bronze medal but losing out on count-back of knocked bars. It was an incredible performance from Ellie in only her 2nd high jump competition ever having jumped 1.15m in the Galway indoors.

A fine performance also from Garvin Surlis saw him take 4th place in the U13 boys high jump with a leap of 1.30m, having earlier raced 9.60 in the 60m heats. As cool as a breeze, Garvin opted to open his jumping at the 1.30m height – making both his dad and his coach extremely nervous! But he knew what he was doing and cleared it and in fact was very unlucky not to nail the 1.35m which would have given him the bronze. 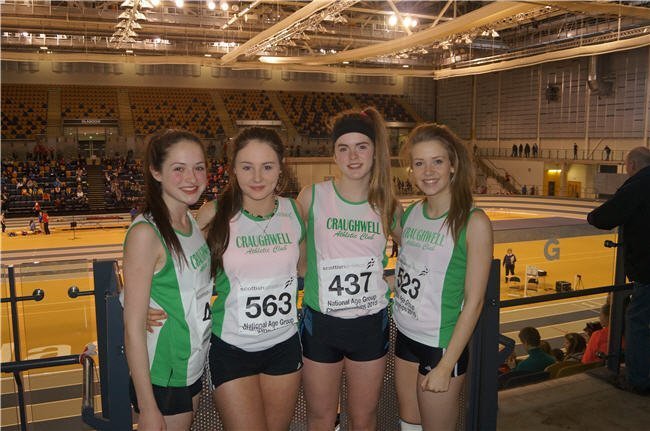 Jerry Keary had a fine series of jumps when taking 7th place in the U17 high jump, leaping 1.65m and coming agonisingly close to the 1.70m on his 2nd attempt. Jerry also batted hard in the heats of the 60m hurdles, sprinting to a time of 10.34. Michelle Duggan was unlucky to just miss out on a place in the final of the U17 200m, placing 3rd in the semi-finals in a time of 26.92, the 7th fastest time overall. Earlier Michelle ran 8.44 in the heats of the 60m. 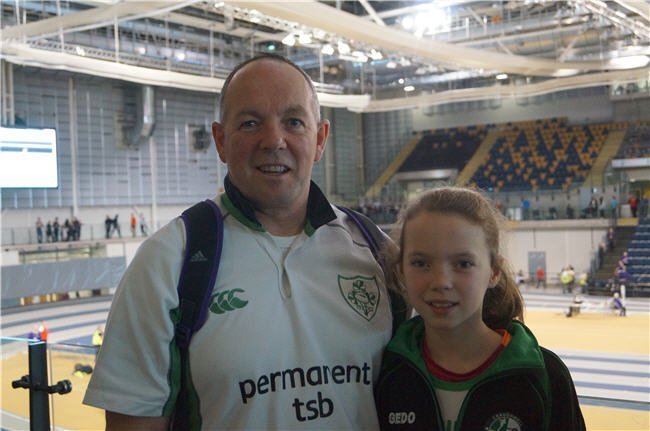 Daithi & Ellie at the Emirates 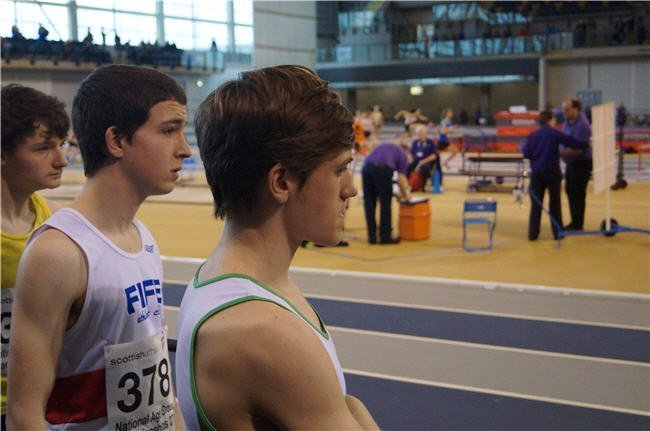 Ben deep in thought prior to his 400m

Daniel and Jerry during their events 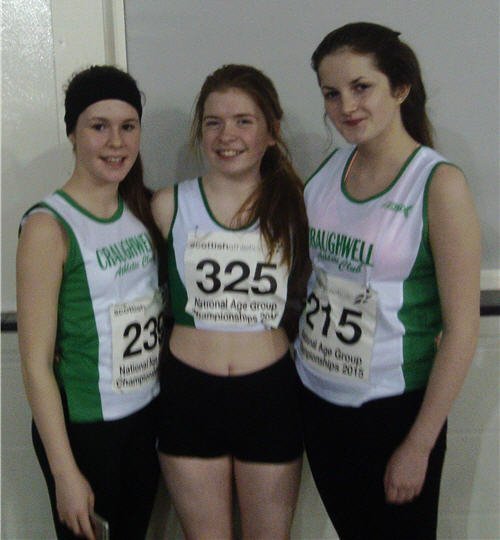 Siona, Shauna & Martha at the Emirates

For more photos of the event, check out http://www.thatonemoment.co.uk/gallery.html.