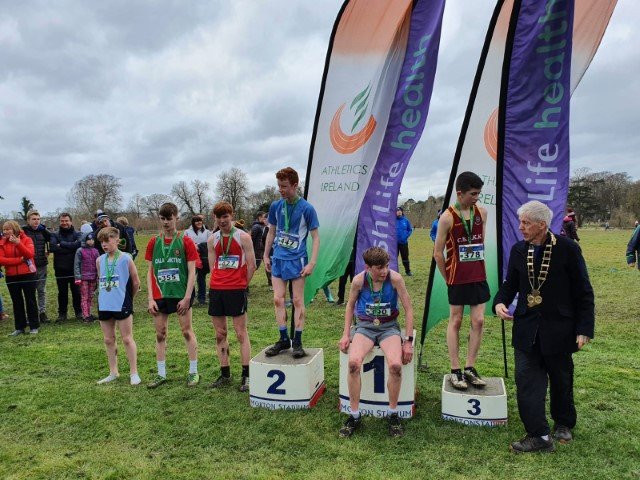 The Irish Cross Country Season ended with a bang on Saturday in two venues on opposite ends of the Country and featured many fine performances from Craughwell AC Athletes.  The premier Schools Competition – the Irish Life Schools Cross Country, took place in a cold and windy Santry, while the University equivalient, the IUAA Cross Country finals took place in Cork.  The standards are always stellar, but the general rise in standards of Irish distance running has lifted things here too.  Mathys Bocquet finished a marvellous 5th in the Junior Boys race, guaranteeing him a selection for the SIAB Schools International in Scotland in 2 weeks, and Caron Ryan finished a marvelous 3rd, helping her TCD team to an historic team Gold.

This race was Mathys’ target for the year and the popular youngest member of the Wolfpack was rewarded for his dedication and commitment over the past several months with a brilliant 5th place position and an Irish cap for the coveted International in Scotland.  The race winner took off like the clappers and left a large chasing pack behind him looking for a fade that never came – after that it was effectively two races – the leader on his own and a chasing group of about 10 who were duking it out over the 3500m route.  In the end there was nothing between the second 8 athletes but Mathys fought doggedly for his selection slot. 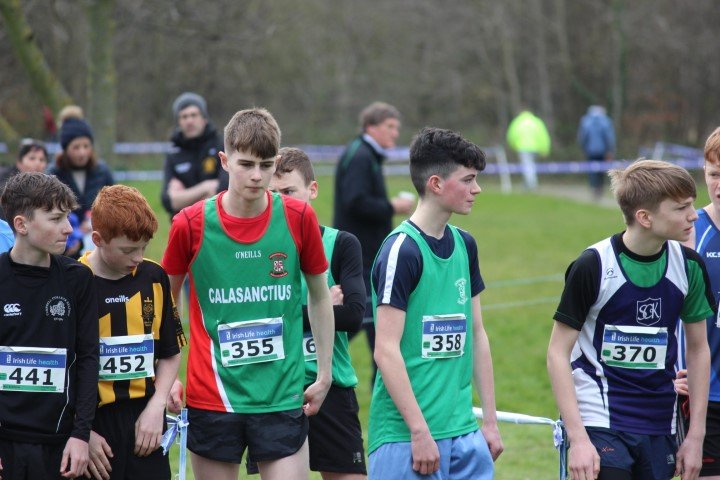 Mathys and Oliver for Calasanctus at the start line

This is the SECOND member of Mathys family to gain an international selection (his sister Shauna represented Ireland brilliantly last year) and amazingly, he is the FIFTH member of the wolfpack training group to win an Irish cap within the last 12 months!!  We are very lucky to have such a deep pool of talent training in our village. Well done Mathys – enjoy it and do us proud!! 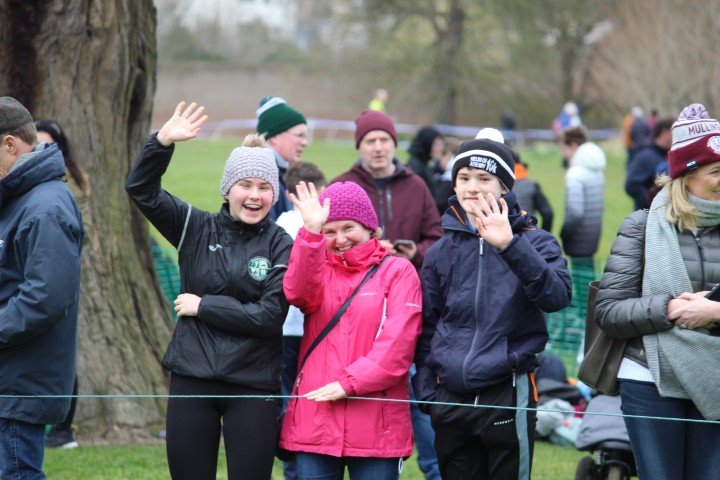 The Boyle Family keenly supporting Mathys in his race!

Mathys was joined in the race by the hugely talented Oliver Ginty who finished a superb 33rd despite having very little endurance training or cross country experience under his belt.  A lot more to come from Oliver in the future with that kind of performance! 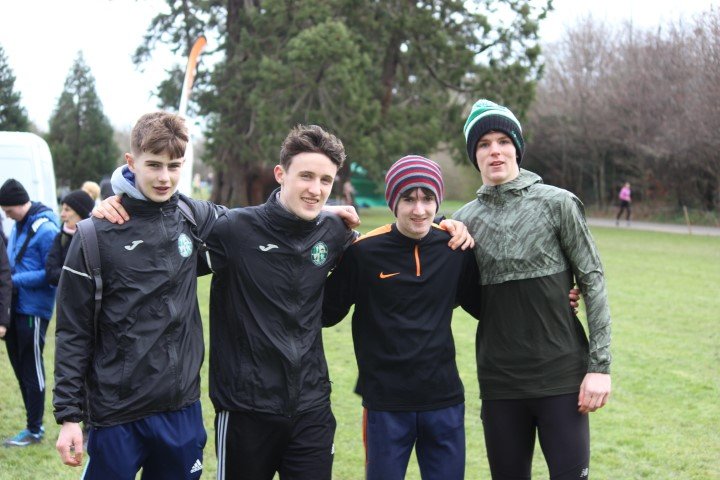 There were many other great performances from club athletes in the other races.  In the Senior Boys race, William Fitzgerald (representing Gort) was our first finisher in 23rd place, just pipped on the line onhis blindside.  William was followed by Oisin Davis (48th) and Kyle Moorehead (59th) representing Presentation College Athenry, both having solid outings in the deep and talented field. 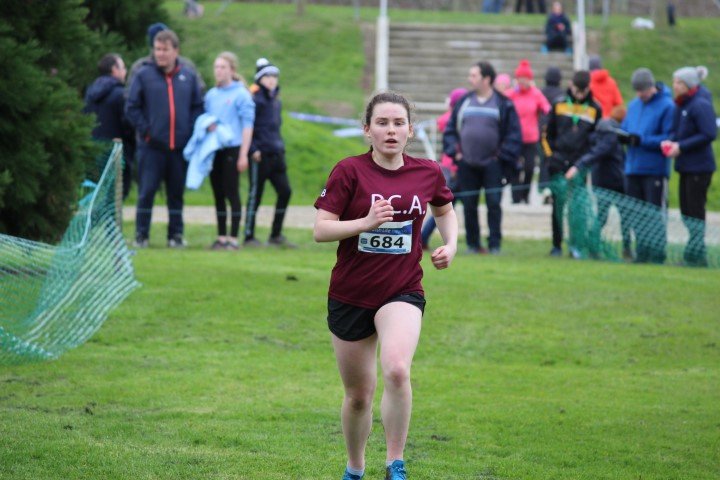 Emma Charges strongly for the line

In the Senior Girls race – Emma Boyle led the pres crew home in 47th place followed by her teamates Sarah Gilhooley and Ailbhe Miskella recently recovered from injury in 66th.  All the girls found it tough going against the wind in the second half – it really seemed strong for their race! 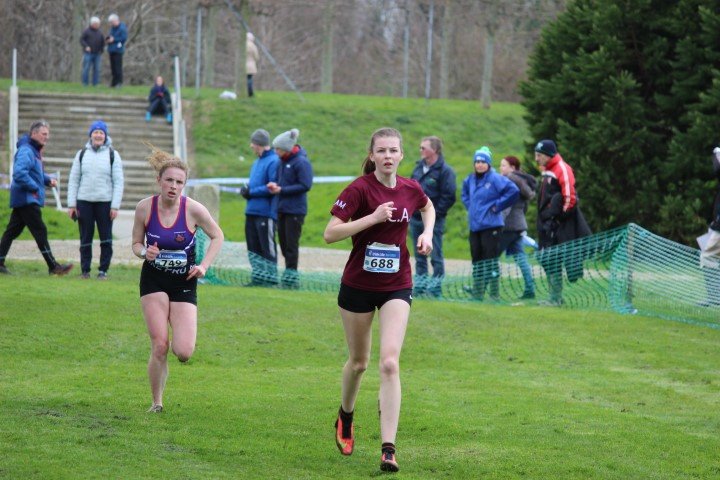 Ailbhe holding off a chasing Athlete on the home run

In the Intermediate Boys Race, Ross McGuinness unfortunately suffered an achilles injury early in the race and despite his best efforts to continue was forced to step aside. 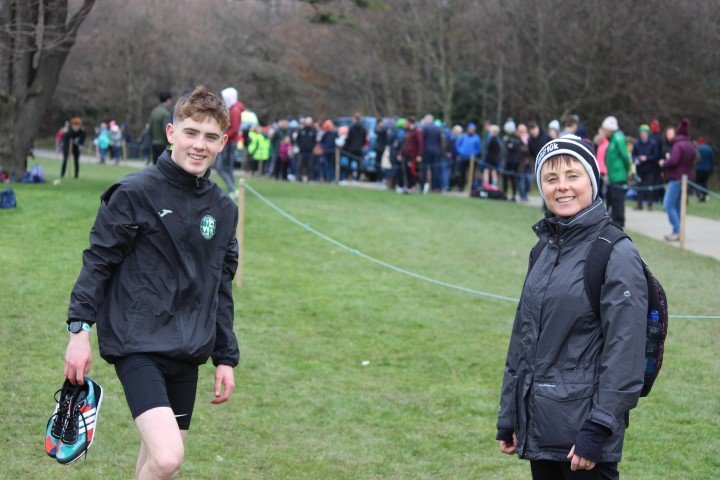 In the Intermediate Girls race, Emily Miskella had a solid run to finish in 58th – Emily was on crutches from a freak ankle sprain only 8 weeks ago, so this was a very strong result.  No doubt she will soon be back to the form that saw her finish top 18 last year. 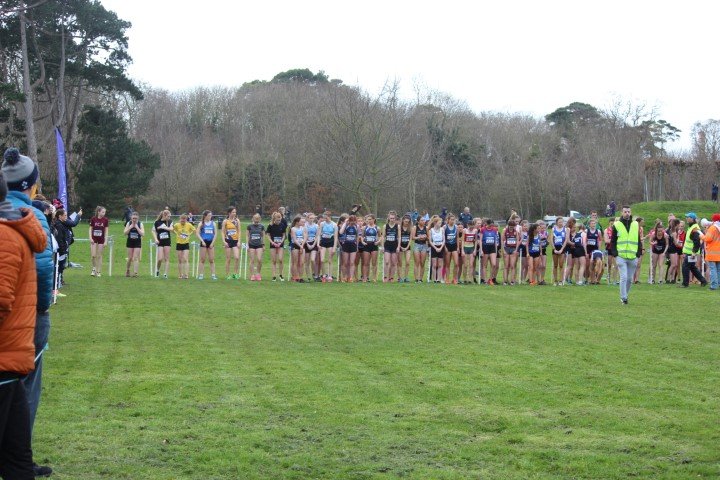 Spot Emily at the start of the Intermediate Girls race! 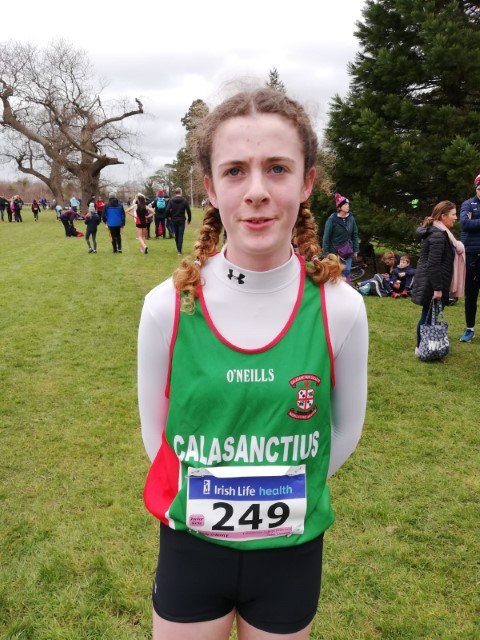 Meanwhile in Cork the IUAA finals were held and it’s a testament to the Club how many of its athletes featured on University teams.  Caron Ryan had yet another fabulous performance to seal an individual Bronze in a splendid contest – she finished neck and neck with the Silver medallist and just got pipped on the line.  It was a stunning display of bravery and strength from the talented athlete.  The excellent pictures below are by John O Connor. 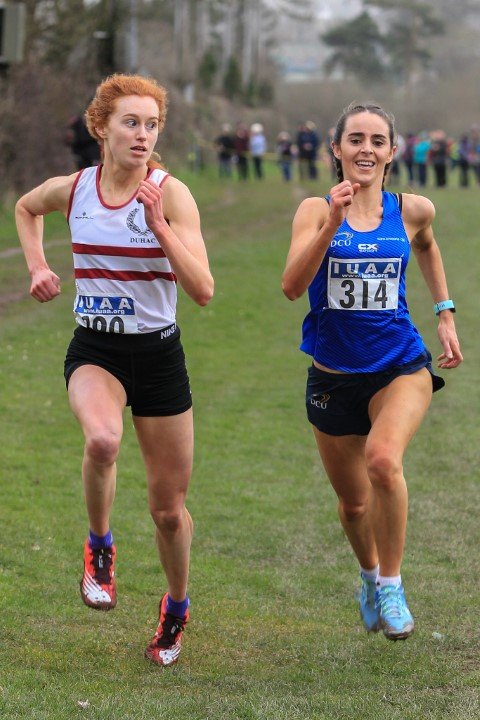 This is an ambush if ever I saw one – they finished on an identical time!

Jack Miskella scored on a crazy talented NUIG team that was so so unlucky to finish just outside the medals – it just goes to show how deep this competition has become that a team of such quality can be pushed outside the medals.   On the upside (for Craughwell), they were beaten by a TCD team that contained Luke Evans in his first year competing for the college. 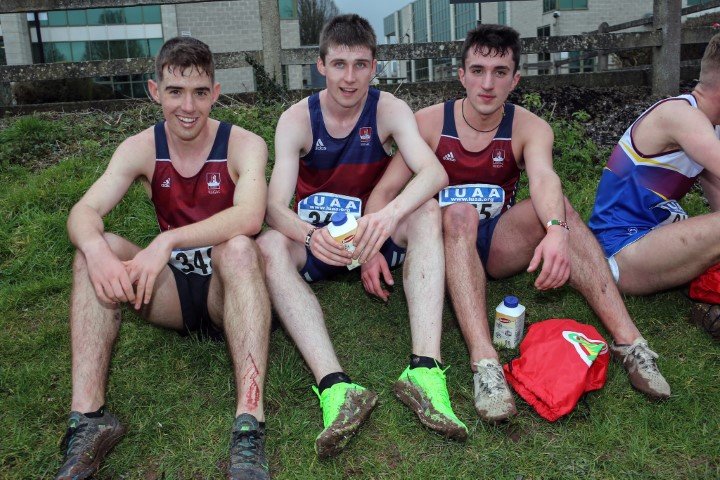 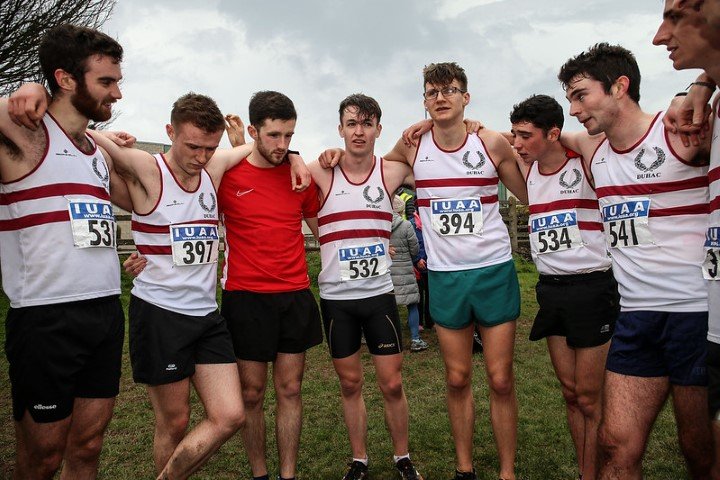 Luke Evans (394) Celebrating with his Teammates after their Victory

Ben Garrard also had a strong run for UL in the same event. 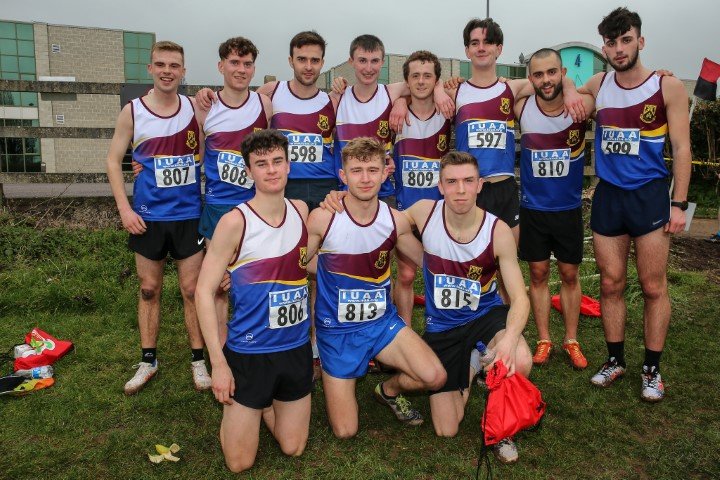