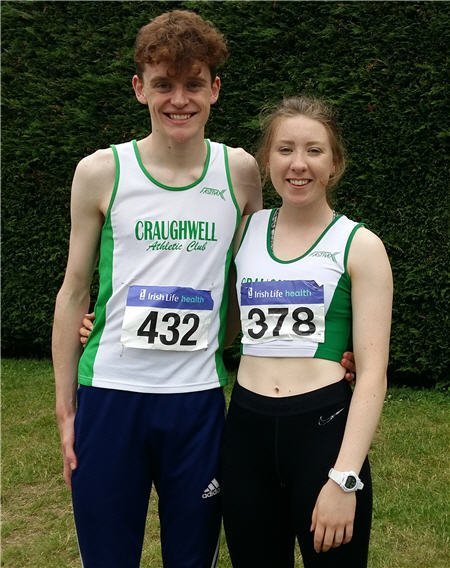 It was another successful day at National level yesterday for both Jerry Keary and Sinead Treacy when both athletes claimed bronze in their respective events with Jerry clearing 1.95m to take the bronze in the Junior Men’s High Jump and Sinead leaping 4.95m to take the bronze in the U23 Women’s Long Jump. Indeed, Jerry went ever so close to clearing 2.00m for the second week in a row, a leap that would have yielded the silver medal while Sineád’s long jump is almost back to its brilliant best only inches from going over the 5m mark.

Also in action, Ben Garrard battled hard in the heats of the Junior Men’s 800m to place 5th in his heat in 2.02, fractionally losing out on a place in the final but great experience in preparation for his own U19 800m race next weekend.