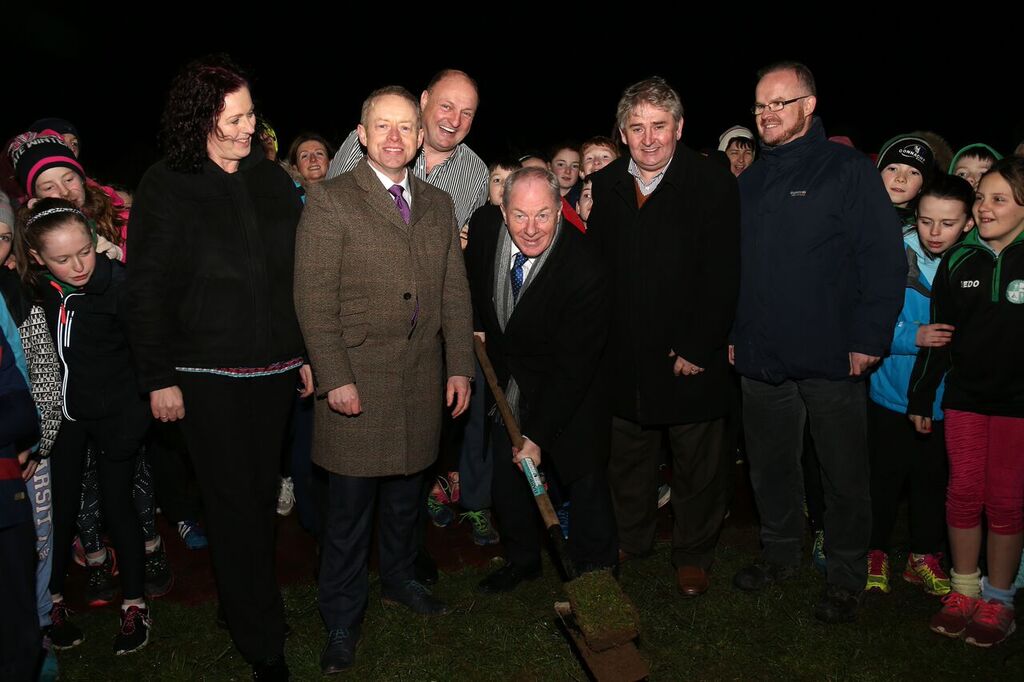 The athletic club was honoured recently to be host to Minister for Sport Michael Ring TD and Ciaran Cannon TD when they visited its new 8-acre site in Crinnage to perform the official turning of the first sod on the new facility. A large crowd of parents and young athletes attended the event to witness the launch. Organised by Ciaran Cannon TD, the ceremony was a significant milestone for the club who were awarded a €100,000 Sports Capital Grant last year for lighting and sprint lanes. The club hope to have the work carried out during the summer months so that the facility is up and running at full capacity for the Autumn.

With an election almost upon us, the club wish to draw parents attention to Ciaran Cannon’s trojan work on its behalf in securing the grant award and also to the extremely valuable support from 3 other candidates who are also going foward for election to Dail Eireann – Councillors Micheal Fahy, Anne Rabbitte and Sean Canney who all supported the taking of the roadway into the facility into public charge by Galway County Council and contributed significant funds from their Notice of Motion monies to help take the roadway to the required standard before it coud be taken public.

The club greatly appreciate the support of all of the above and wish to highlight their contribution to the club in this the week of the General Election.

And just a quick update on timelines of development of the facility:-