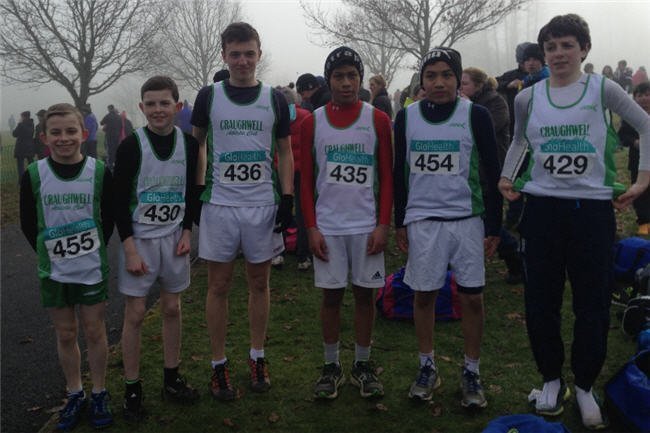 County Galway hosted a National cross country championships for the first time since 1999 with the holding of the National Juvenile B Championships and Intermediate/Masters Championships in Tuam. Craughwell AC were well represented on the day with plenty of success. In the Masters Men race, Peter O’Sullivan placed 25th with Ollie Mullins in 32nd to help Galway to 5th place in the team stakes.

In the juvenile races, Oisin Lyons led the way with a fine victory in the U15 boys 2500m, with his team placing 5th (34 Luke Finn, 37 Gavin Forde, 38 Sean Noonan, 42 Louis Molloy, 47 Paul Molloy). Sean Connaughton also stepped onto the podium with a superb silver medal performance in the U13 boys 1500m, with Finbar McFadden 23rd and Kyle Moorhead 51st all helping Galway to the team bronze in the inter-county event. Jack Miskella had a fine run in the U17 boys 3000m with an 11th place finish followed by Ben Vahey in 14th.

Ailbhe Miskella placed 32nd in the U13 girls 1500m, with Jennifer Hughes 58th, Aoife Kelly 59th and Sarah Woods 64th. Rachael Hughes led the way in the U15 girls 2500m with a 26th placed finish, followed by Catherine Noonan in 34th and Fiona Commins in 42nd.