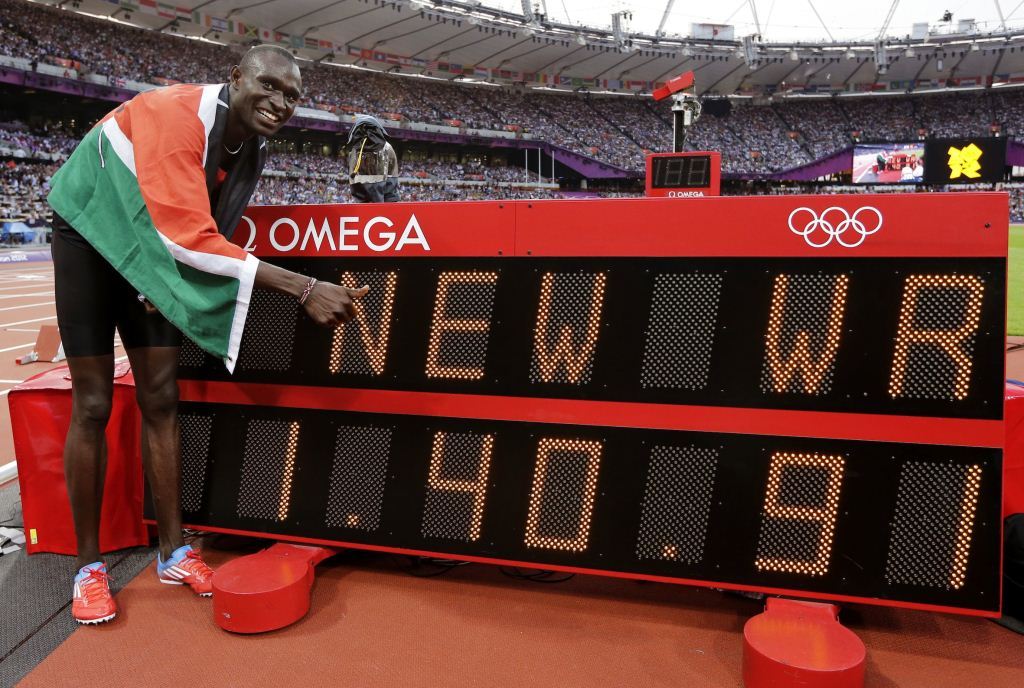 For any fan of athletics and for all aspiring athletes, this is an opportunity not to miss – 800m Olympic Champion and World Record Holder David Rudisha and his coach Brother Colm O’Connell are coming to Galway the weekend after next – September 14th.

The story of Brother Colm’s life in Kenya is fascinating. He is possibly the most successful Irish-born coach in the world having coached more World Champions and Olympic medallists than we have fingers and toes! And his greatest star is David Rudisha who set a new world record when winning the Olympic final in London in a time of 1.40.91. For the mathematically minded, that’s eight 100m races in a row in 12.6 seconds for each one. Most of us cannot run one 100m race in that time. You can discover more on these two legends of athletics by looking at the hour long documentary produced by our own Irish legend Eamon Coughlan last year.

Myself and a group of our older athletes had the privilege to meet both men when they addressed the National Junior Endurance Squad in Dublin City University last Autumn. Now we all have the opportunity to meet the two great men again in Galway on Saturday week.

The details of their trip are at http://www.galwaykenyarun.com/ – all funds raised will go to charity.  We want to encourage all of our juveniles to get into Dangan that day and take part in one of the many 800m races being organised throughout the day. Wear your club singlet and grab a photo if possible with the Olympic Champion. I will post more information on the race schedule as it becomes available or check out the above website. The schedule will include a celebrity 800m that David will run in and will also include an elite mile race which hopes to produce the first sub-4 minute mile ran on Galway soil.

Pencil it into your calendar for the moment and take a minute to look at the website above for more information on the activities that day which include a Q&A session with both men at the end of the day for which you have to purchase tickets.

Its a nice prep race for anyone doing the primary schools cross country or the secondary schools pentathlon! 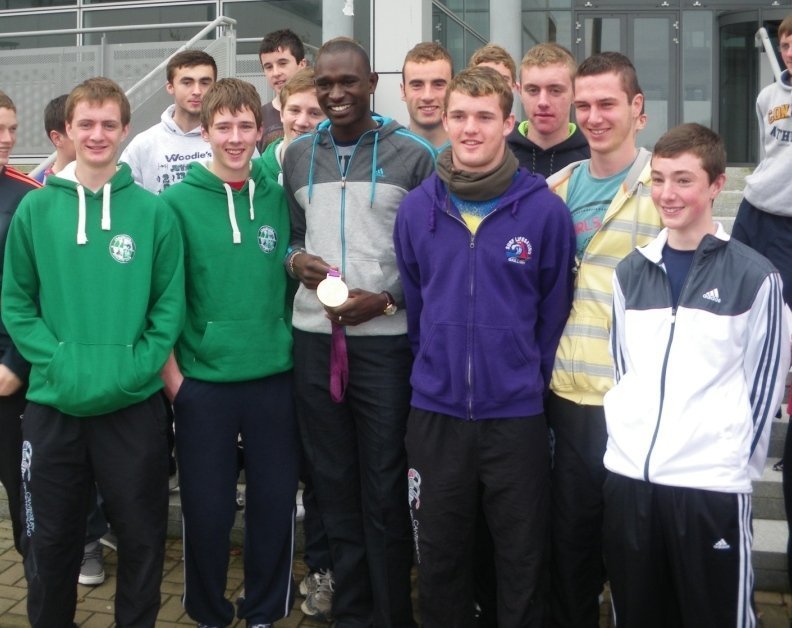