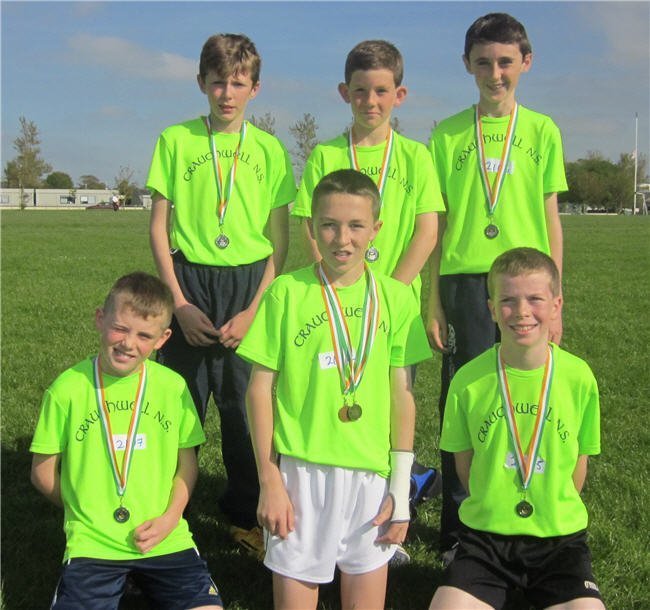 A massive well done to our local schools on some outstanding performances at the Galway Primary Schools cross country finals on a glorious day in Renmore.

Next up the boys 800m where Evan Hallinan powered home to individual silver, splitting the famous Mannion twins into 1st and 3rd. Cian Lavan (Clarinbridge) had an impressive run to place next from the club in 6th with Ballymana’s Daniel Galvin 7th. A rapid finish saw Luke Flynn next in for Craughwell NS in 12th, with teammates Alex Duggan 30th, Danny Gilligan 42nd, Cormac McFadden 52nd and Evan Moran 56th – to take the team bronze for Craughwell. An unlucky tumble to Evan Moran on the first bend was significant as the top 3 teams were seperated by a handful of points with Kinvara taking gold on 82 points, Lisheenkyle silver on 85 points and Craughwell bronze on 86 points.

There were many more fine performances down through the field. Full results are here. 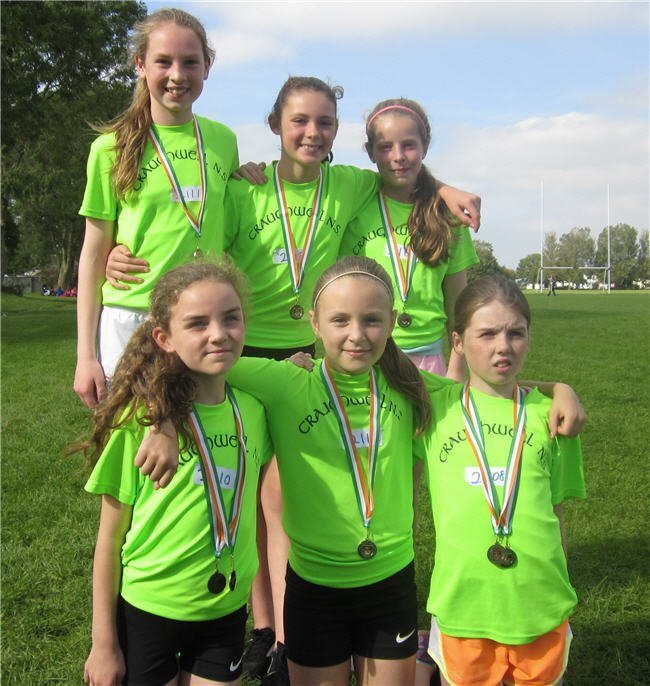 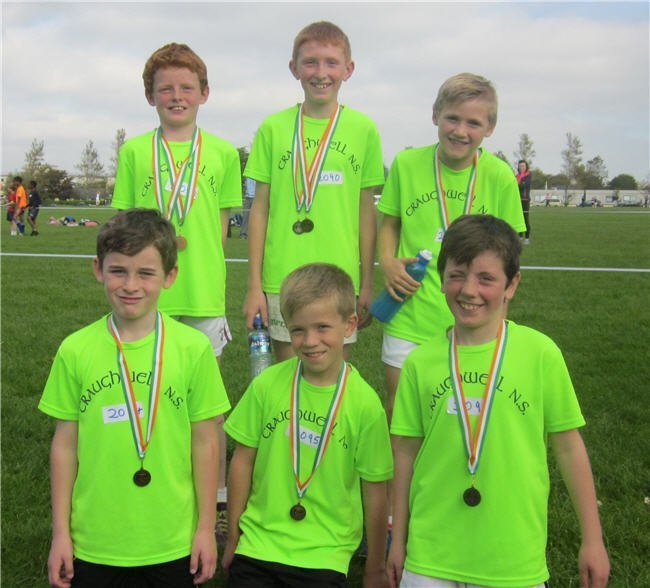 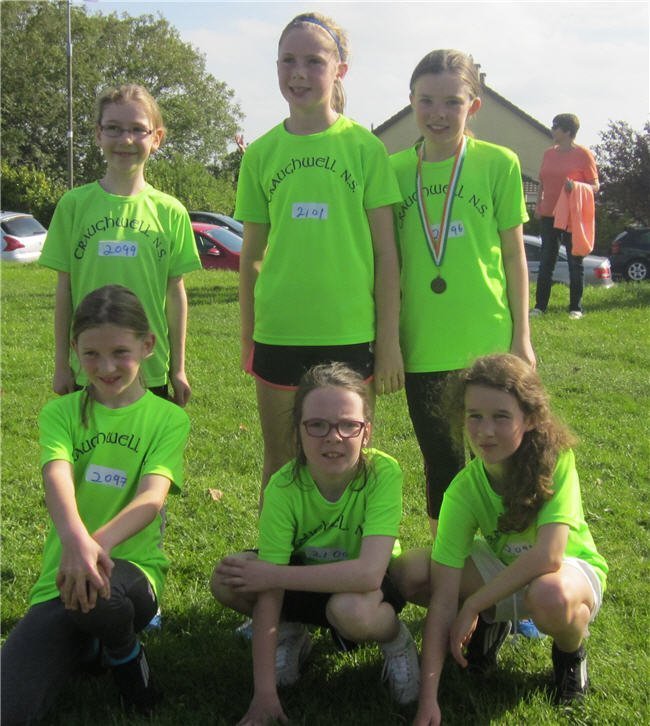