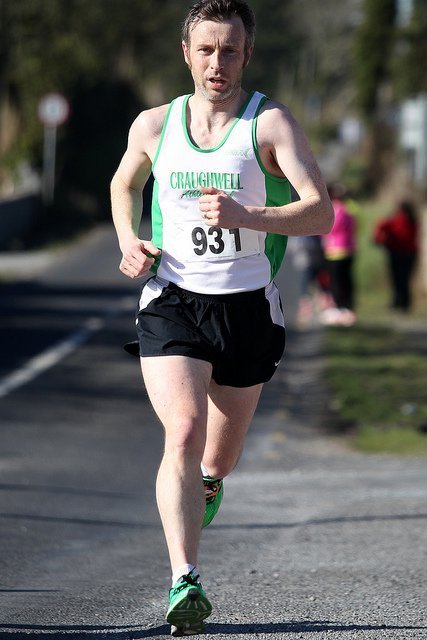 In glorious sunshine, over two hundred people lined up for the 5th annual Kilconieron road race.  I’ve been to most of the Kilconieron races, and to my memory they have all been dry.  Today really had to be the best of the lot – glorious sunshine and a refreshing breeze made it a joy to run – it’s still a tricky route though, with more than it’s fair share of hills.  As usual the organization was impeccable and the refreshments afterwards by “Foods of Athenry” were just ridiculously good.  Paul Keane won the race in a solid 28:06, a great feeling in front of his family and neighbors, as he is a native of the village.   It was a Craughwell AC 1-2 as I came next about 15 seconds back.  This was a great result for Paul as he has been busy recently setting up his new business – (Life Foods in Loughrea, for all your health nutrition needs *plug* 🙂 ) and hasn’t been training as regularly as usual.

Third person home for Craughwell AC was new member Robert Hogan who was 7th in just over 30 minutes – a superb result in his first ever road race.  Barry Phelan was 8th in 30:16.  Eddie Corban in 10th brought it to 5 Craughwell athletes in the top 10. Kay Touhy was first Craughwell Lady home in 36:57, followed by Reena Deely in 38:06.

At the prize giving, it was mentioned that the Kilconieron race has raised over 15,000 euro for various charities since it began – this is a fantastic event and a credit to Craughwell AC member Niall and the crew that selflessly give their time and energies into it year after year – well done guys – looking forward to many more! 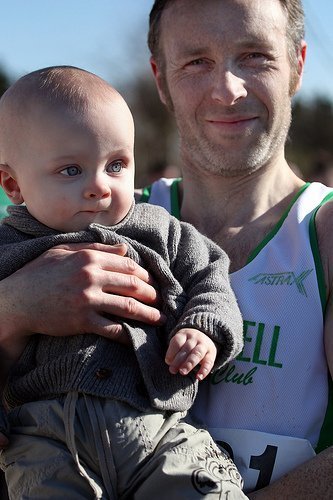 Paul was delighted with his first place prize 🙂

Linda asked me to do a race report on it – haven’t done one in years, but might add a short one later on in the week if I get the chance – anyone else with a report, send it on to Linda or me and we’ll pop it up on the site 🙂

The full results are here, and for anyone looking for more stunning pictures of the event check out John O’Connor’s Flickr page – his pics are always great, but I don’t know if it’s the light or that he got some new equipment, but the pictures from Sunday are really amazing.