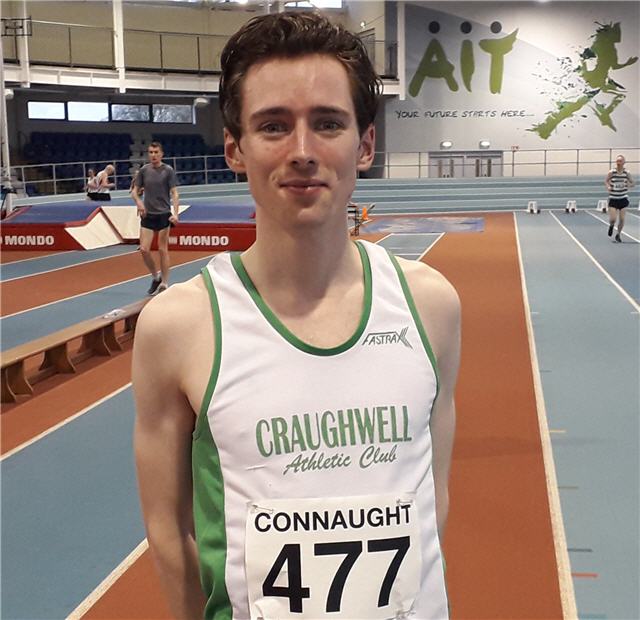 At the end of a busy day of juvenile action where Craughwell AC’s U12 and U13s dominated proceedings with countless podium finishes (detailed report to follow), Craughwell’s seniors took to the track to continue the success with some magnificent performances. It was the first time as far as I am aware that Connacht put the seniors separate to the juvenile event, tagging on 2 hours for seniors to the end of the juvenile day and the format worked very well.

The highlight of the highlights of the highlights has to be the breathtaking performance by Paul Joyce in the Senior Men’s 800m where he absolutely blew the club record of 1.57.21 apart with a brilliant 1.56.42 and in the process took the Connacht crown. I’ve waffled on in the past about Paul’s potential having run a 1.59.73 as an U19 indoors in 2013 and a 1.58.05 outdoors in 2014. Returning to the sport a year ago after a few years absence, we are starting to see this potential realized now with an absolutely stunning run from Paul to take Peadar Harvey’s club record, a new PB and the Connacht title all at once. Well done Paul! Running strongly in second place, Gavin Cooney came within a whisker of sub-2 when taking silver in 2.00.95.

And shortly before Paul’s victory, our senior women’s club record holder Sinead Gaffney raced to the Connacht 800m title in a tactical 2.22.25. Both Paul and Sinead joined the club as 6 or 7 year olds all the way back in 2001 or 2002 and its lovely to see them performing at such a high level and still with the club almost 20 years later!

It was great seeing Grainne taking to the track again having recently returned to the sport after a number of years’ absence. Likewise great to see coaching gurus Ronnie and Evan lead by example with fantastic times in the senior men’s 60m. I’m sure after a long day beforehand of coaching and encouraging their young charges in the U12 and U13 group that both men will sleep well tonight! 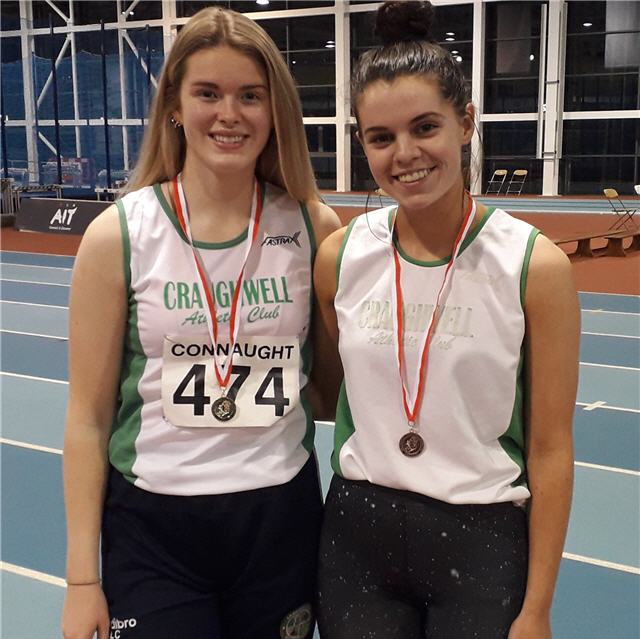