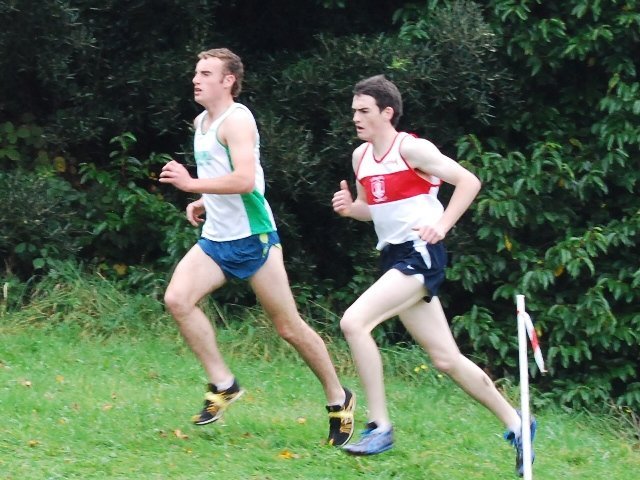 A big turnout from Craughwell AC graced the rugby pitches in Dangan for the Galway Cross Country Championships for the uneven juvenile age groups.  There were many highlights on the day, most notable been

– Linda Porter's victorious return to competition in the U17 Girls 3000m

– Muireann Maloney's well-deserved bronze in the U15 girls 1500m

There were fine performances also from Finn Stoneman, Keelan Ryan and Paul Fitzpatrick who made it 1-2-3 for the club in the U15 boys 2000m and from Derbhaile Walsh and James Cahalane who each took bronze in their 800m races.

A large squad of our U11s took to the field for the first race of the day – the U11 girls 800m. In a very high-quality field, Dearbhaile Walsh put in a fantastic performance to take 3rd place in the race and led the Craughwell AC team to the bronze medals with a score of 39 points, with Erin Fitzpatrick 10th, Emma Gaffney 11th, Ashling Keady 15th, Ciara O’Boyle 21st, Eimear Loughnane 22nd, Mary Dunphy 26th, Laura Cunningham 27th, Jennifer Sharkey 29th and Shauna Tobin 30th.

The boys U11 race was next to get underway. A rugby-like ruck developed on the start line almost immediately, with a few fallers from the club having to bounce back up to get on with the race. But with some exceptional running the club’s runners finished as both 2nd and 3rd teams, taking home 2 sets of medals on the day with the teams scoring 32 and 50 points.

The U13 boys’ 1200m race saw the first title of the day to come our way, with Damien O’Boyle putting in a super race to finish in 4th place and lead the team to gold. Oisin Doyle stepped up an age and dug deep into his reserves in the last 100m to finish a close 5th behind Damien with his club-mates snapping at his heels – Brian Concannon 6th, Jamie Spellman 7th, Cillian McDaid 9th and Andrew O’Boyle 11th. 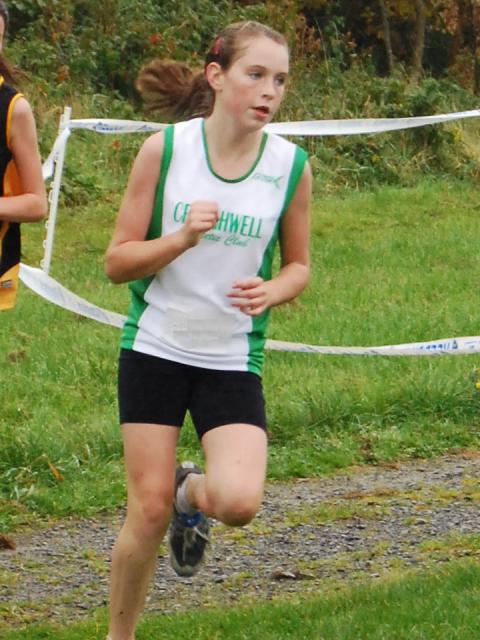 In the U15 Girls 1500m, a super performance saw Muireann Maloney take her first individual medal in the Galway cross country – finishing in 3rd place with a fantastic run and in the process leading her team to silver medals with Sinead Gaffney having possibly her best cross-country run to date to take 6th place, Maria McNamara close behind in 9th and Laura Porter completing the team scoring in 12th place.  Despite a trojan effort in her first cross-country race, a bad stitch forced Aóibhe O'Boyle out of the race about half-way around. It was a tough start on her first race – but Aóibhe has plenty of potential with a bit more race experience. 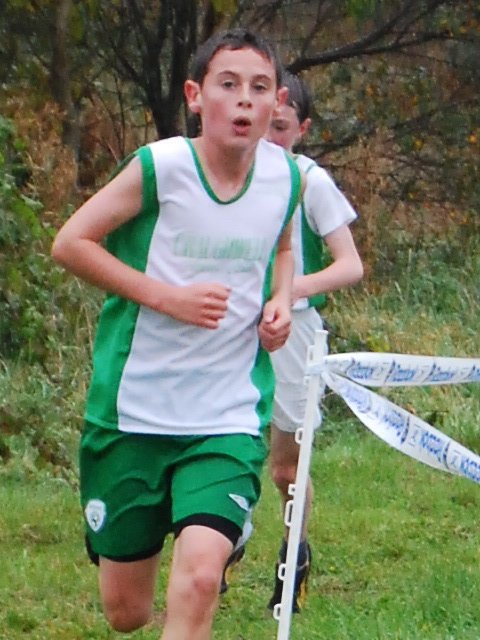 The U15 boys’ 2000m race was next on the race card. The small field was dominated by Craughwell AC runners – taking all top 5 places with very strong running. Finn Stoneman took the individual honours with a well-paced run to win the gold. Keelan Ryan had an outstanding run in this older age group to take the silver medal – clearly the extra 500m suited Keelan down to the ground. Paul Fitzpatrick and Matthew Freaney took 3rd and 4th places – showing great commitment having played a hurling final that morning also. Matthew Moran put in a fine run to take 5th place – another runner whom the longer distance really suits and putting his disappointment from Tuam behind him where he struggled with illness. The lack of opposition for these guys is a pity as the club have some very strong runners here and a larger participation would certainly benefit them. Roll on the Connachts where hopefully there will be more teams.

The U17 girls’ 3000m was the next race, where Linda Porter was making a welcome return to action after a long layoff over the summer months. Running a tactically exceptional race, Linda paced herself well – shadowing the leading runners for most of the race and claiming victory on the line in a sprint finish with GCH’s Michelle Maher. This was a super run by Linda on her return and she will take great encouragement from it. Rumours have it that Linda put in an intensive training session the night before on the dance floor in Ballymacward. Totally untrue of course – I’m certain Linda was fast asleep at that time!

The final race in which the club had competitors was the U17 boys’ 4000m race where the club had a team in action for the first time in this age group. Craughwell CSI reports its suspicions that some of the team were also training in Ballymacward last night! It’s a great measure of the progress been made by the club that we are starting to field teams in the U15 and older ages. In 2002, the club had 5 teenage members, now it has 75! The club's coaches will need to learn how to integrate Ballymacward properly into the training schedule :-).

Peadar Harvey and GCH’s Keith Fallon had a right battle at the front of the U17 race. They have had a few tussles in the past 12 months – with the honours been shared fairly evenly. Keith has had the edge over the 800m distance and Peadar over the longer distances. As the race unfolded today, Peadar could not shake Keith off and it looked ominous as the race entered the final 400m. However, Peadar conjured up an incredible sprint finish to just take the title by a few metres – a fantastic race, leading the Craughwell team to silver medals with Pádraic Tobin in 6th, Jack Leahy 7th and Brian Bermingham 8th.

Full results of the races are at:-

So another great day of cross country wraps up. I came across a rare previously unknown poem from Rafteri earlier on today. It goes as follows (to the tune of Phil the Fluter's Ball). I'm reprinting it here with the permission of the author!

Have you heard of Craughwell training
In the town of Ballymac
There’s talk the U17 team
Were up all night at that
I don’t a believe a word of it
Sure we won the Galway titles
But then I heard an athlete chat
That it bettered Ballymac!

With a toot on the whistle
And a twiddle of the spikes
Hopping in the middle
Like Eminen on the fiddle
Up, down, over and back
And running so fine
Sure hadn't we the time of it
As we crossed the line