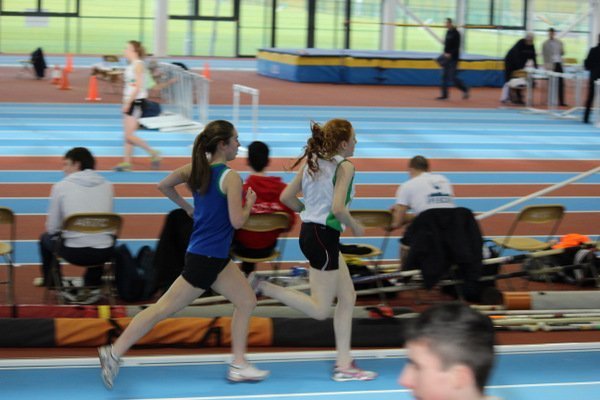 The most exciting domestic weekend I can remember in Irish Senior Athletics (well perhaps since the European Cross Country champs) took place in Athlone today, as AIT’s fantastic new facility was unveiled to a delighted public with the AAI Games.  It began yesterday with the multi-events, and I’ll leave the report on that to Mike or others that were there.

Today was not only about the facility – we also saw a full repetoire of top-level Senior athletics, with several performances posted that haven’t been seen on these shores in a long time.  The very incomplete provisional results are here.

In an excellent day for autograph hunters, it seemed that everone who was anyone in Irish Athletics past and present were there either competing, coaching or watching.  I looked around at one stage and was able to count as many as 6 olympians.  In addition it was also a special day as many of the spectators were not the usual athletics crowd, but ordinary people just in to check it out.  I have to say that AAI really stepped up to the mark with the music and post-race interviews really enhancing the experience for all.

Ciara Greene bravely lined up for the women’s 1500m in a field of highly experienced international senior athletes which included Kerry Harty of Newcastle & District A.C. and Helen Hofstede of Holland.  Ciara ran her way to a strong time in a really well paced race, and will have learnt a lot from the experience. 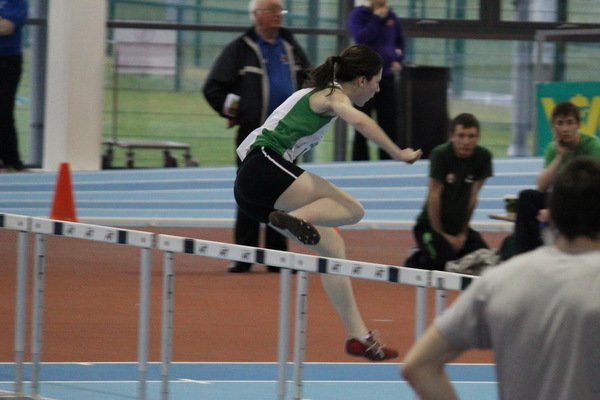 Sarah Finnegan was second of the Craughwell Senior athletes to line up in the 60m Hurdles.  Sarah ran valiantly in a high quality field but couldn’t quite make the top 3 on the day.  The 60mh was won by Sarah McCarthy in 9.17s. 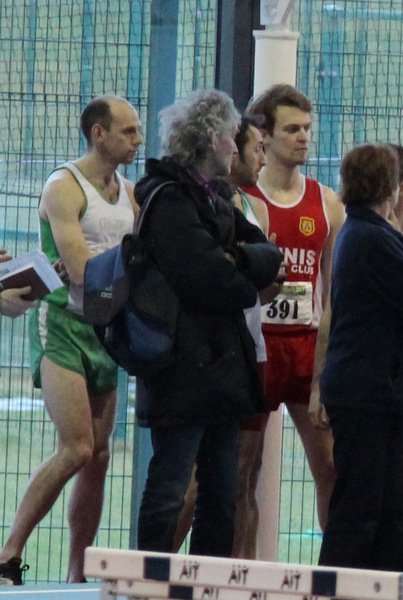 One of these is an aging running legend

The majority of the Craughwell AC athletes lined up for action in the afternoon.  First off were Peter O’Sullivan and Peadar Harvey in the first heat of the 3000m.  Both were gunning for huge personal bests – nice round figures are appealing and with 3000m men’s running, the 9-minute barrier is a widely recognised mark of quality that both athletes have proven they are capable of.  Peter, despite feeling like an old man in the warm-up area,  kept up his annoying habit of achieving his goals with a barnstorming run, accelerating all the time and crossing the line in 8:56 or 8:57 – well done fella.  Peadar started strongly, perhaps too much so as it unfortunately didn’t work out for him on the day. 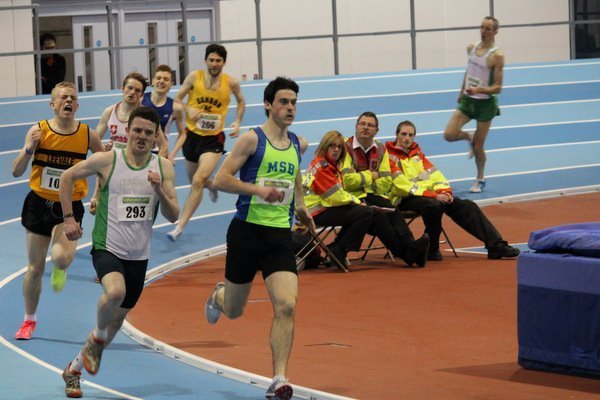 The best was yet to come as Nicholas Sheehan lined up in the second heat of the men’s 800m.  Cheered on loudly by his teammates, Nicky showed incredible composure, talent and guts throughout his race.  He was constantly gaining positions and on the home straight went for it, taking to the lead just after the bend and blazing for home.  He was just caught on the line by an incredible finish from Conor Walter of Leevale  (the guy who looks in pain in the above photo from the final turn). Nicholas won’t mind that – one look at the clock showed that he had broken his own club record by 3 seconds to become the first CAC athlete under the 2-minute barrier for the distance! 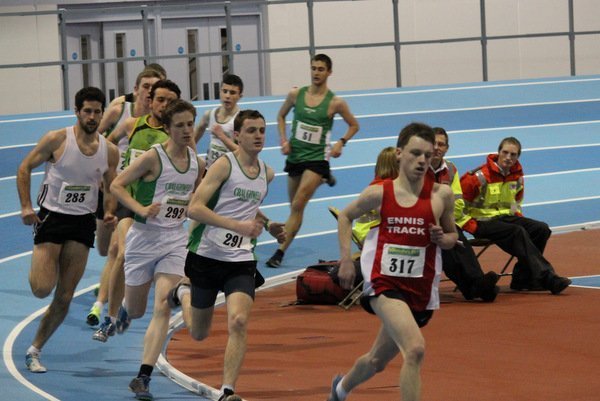 Four CAC athletes toed the start line in the next heat of the 800m. Spurred on by Nicholas’s performance Conor Gillen, Keelan Ryan, John Cormican and Neil Greaney all went off strongly with the leaders – perhaps ill advised for some since their race was won in a highly impressive 1:55 (well done Ennis track!).  As the leader pulled away, Conor Gillen led the chase pack – eventually finishing in a very close 3rd in his heat with a brilliant 2:01, a time that would have been the club record 5 minutes previously!  Neil Greaney followed with a pb 2:06, followed by John Cormican and Keelan Ryan.

This brought to an end a superb day of Senior Athletics – Athlone has suddenly become my favourite town in Ireland!!!

Some more pics of Craughwell AC Athletes enjoying themselves on this historic day are below, 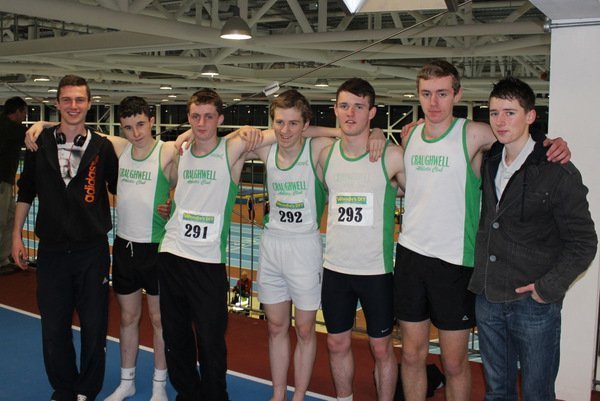 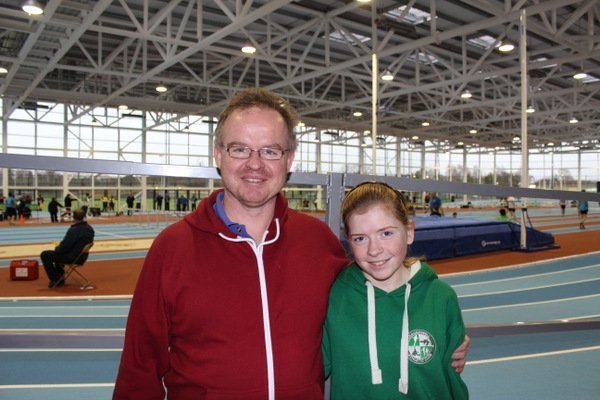 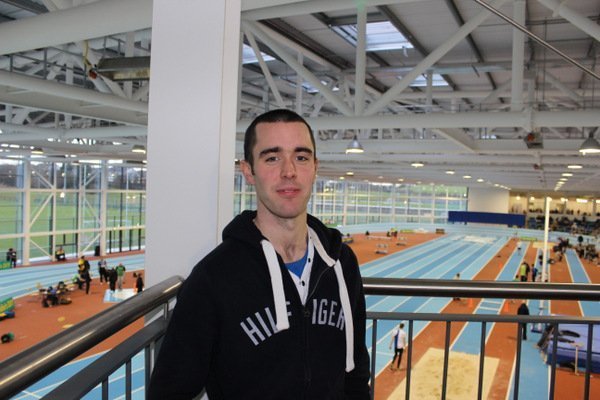 Jason checks out the view from upstairs 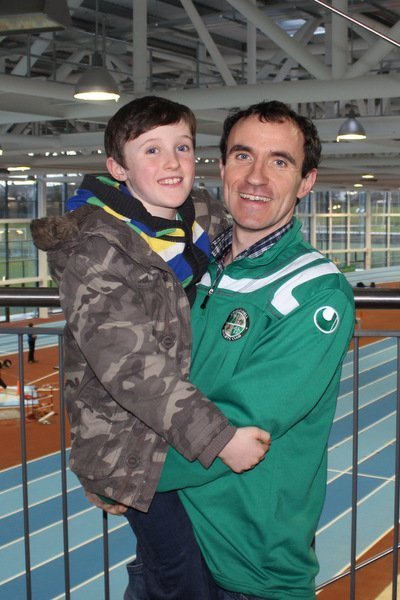 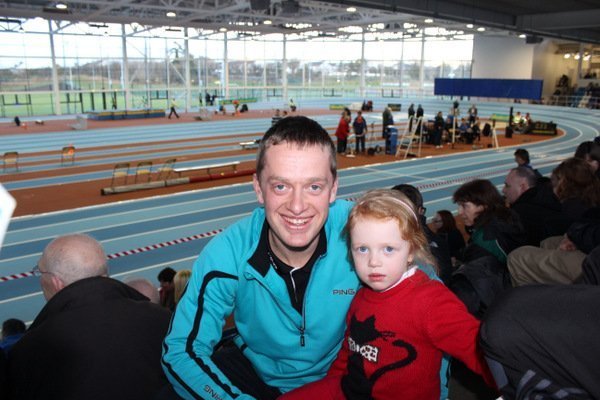 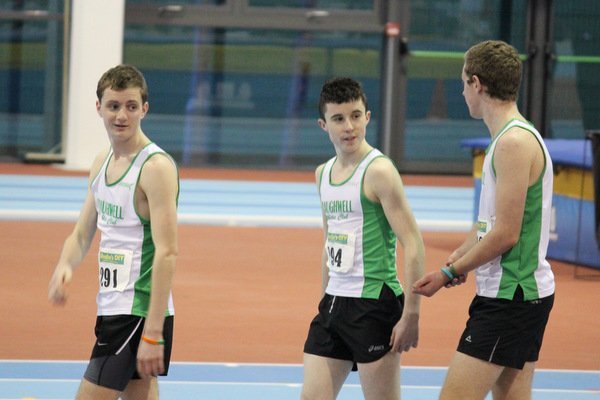 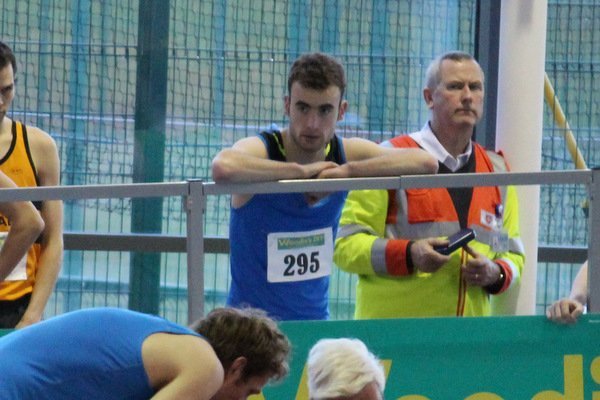