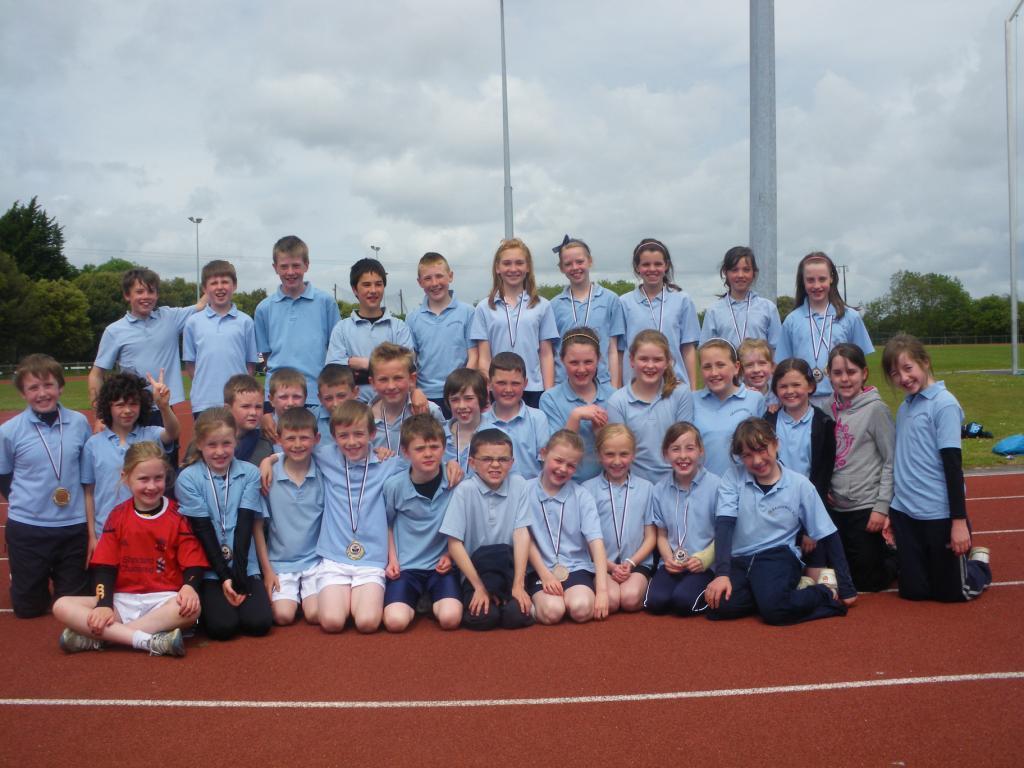 Craughwell NS at the 2011 City Sports

It’s being 12 years since Craughwell NS first took part in the Galway City Sports in 2005 with an uninterrupted record except for 2007 when we didn’t take part. Ashley McDonnell has the honour of being the first ever medal winner from the school in the City Sports with victory in the U13 800m when in 5th class in 2005. The same year the U13 girls relay team took our first relay medal with gold from Katie O’Donoghue, Debi Kenny, Orla McDaid, Maireád McCan and Maria McNamara.

2015 was the club’s most successful year ever with 6 gold and 4 bronze medals, closely followed by 2010 with 5 gold, 2 silver and 3 bronze. Grainne McDaid is the school’s most successful individual athlete in the City Sports with 2 golds in the U13 800m and bronze in the U11 400m.

The U13 Girls distance races are our most successful individual events with 5 victories in the U13 Girls 800m and 8 medals in the U11 Girls 400m.

Read on for more detail.