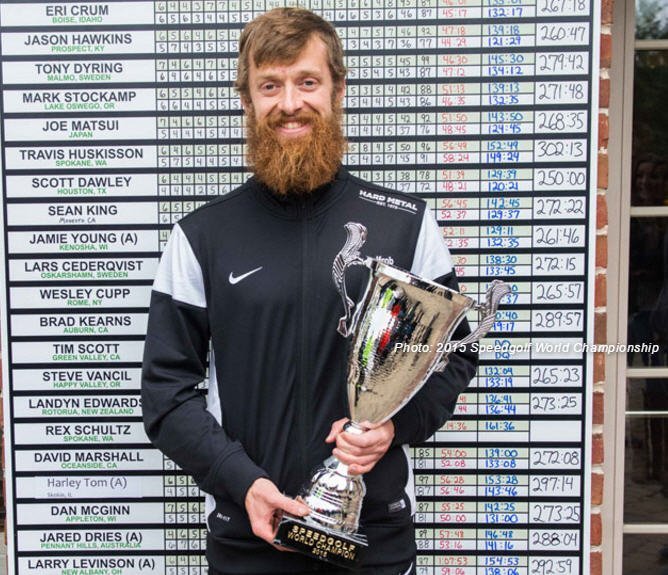 Well done to our very own Rob Hogan who won the 2015 World Speedgolf Championships which were held in the US over 2 days last week. Rob completed his final round in 78 shots and a time of 40 minutes, remarkable stuff!

Rob’s next outing will be in the Craughwell AC vest when competing on our Senior Men’s team in a weeks time in Longford. Its not every cross country team that can boast of having a World Champion in their midst. Well done Rob, its a privilege to have you in the club :-).