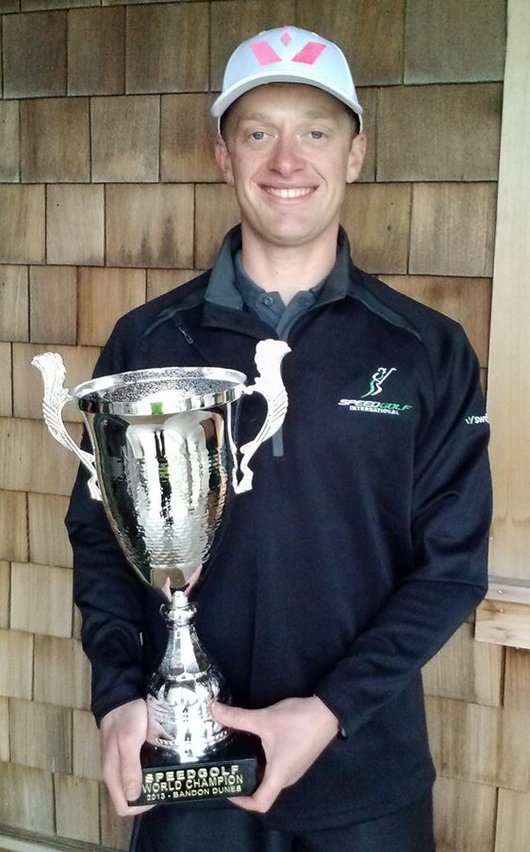 Craughwell’s Rob Hogan has kept the cool and sealed the deal in Oregon, USA – finishing a full 6 shots/minutes clear of the field to become world champion in this rapidly growing sport.  He set his sights on achieving this goal last year when he finished 7th in the same competition.  This year the standard was much higher, but the smart choices and tactics he applied throghout the year have paid off.  Anyone who has had the pleasure of meeting and training with Rob since he joined the club a little over a year ago will be genuinely delighted for him.

After his dominant display yesterday, the question was could he keep his nerve?  Today he continued his great form – scoring well with 1:20 to get a total of 2:36 for the two rounds. He had to play well: Eri Crum put on a late charge, but Rob kept the cool to defend his great lead.  Traditional Athletics fans will also be interested in how Bernard Lagat got on – the great man actually finished last in the field, but based on my sums had the fastest pace – a video of him in action yesterday is below:

If you feel like getting coached by a genuine world champion, check out http://www.hogangolfacademy.com/ and book a lesson today!

Better quality videos to follow I’m sure but here is Rob finishing up and teeing-off today: