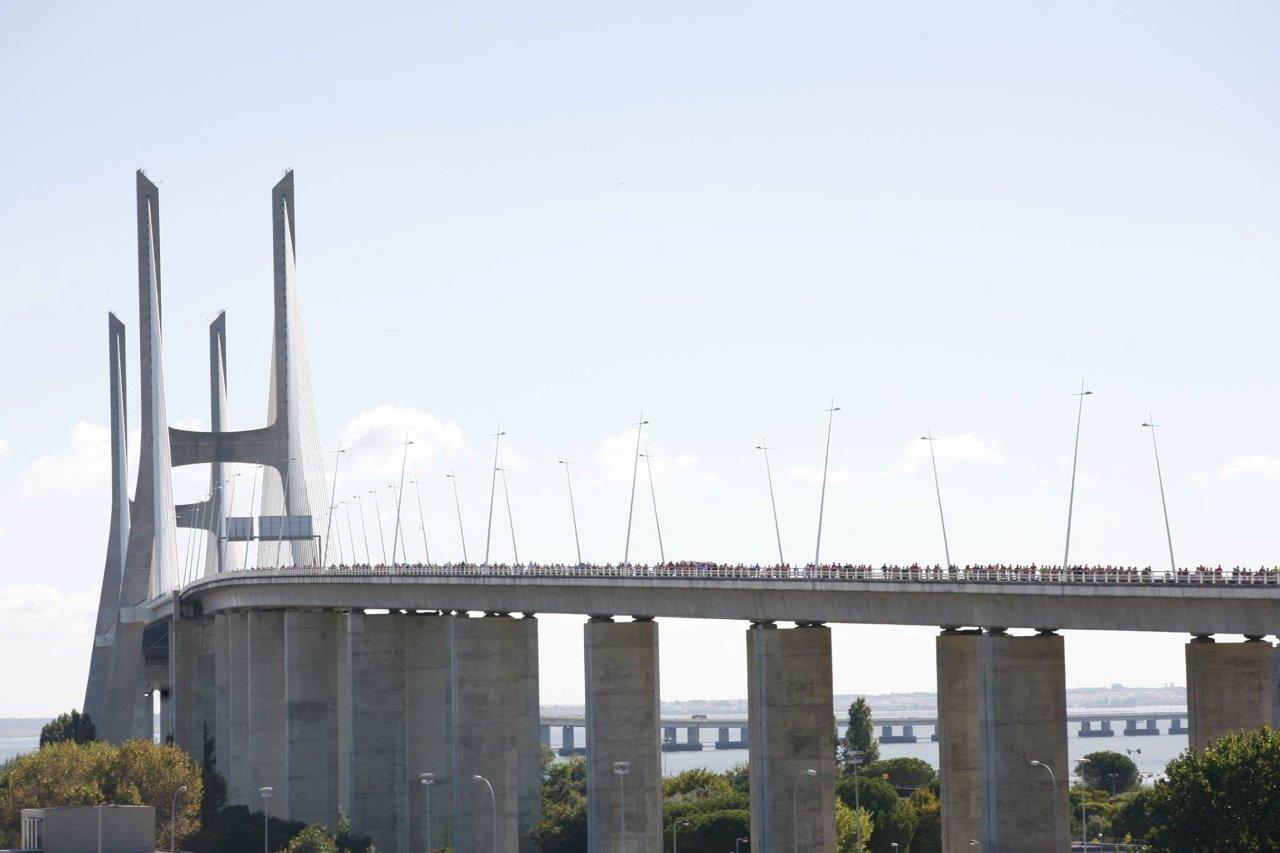 On Saturday Oct 1st I was part of a team of work colleagues from Eir who headed to Lisbon to join 24,000 runners to compete in the Rock N’ Roll  Marathon weekend and more importantly raise funds for the National Maternity Hospital Foundation. We had the option of a Full/Half/Mini.

This was my fifth Half Marathon this year. I had two good runs in “Rock and Road” in Kinvara and the “Great Limerick Run”. In June I struggled on the hills of Tullaroan (Kilkenny) where the temperatures reached 25C. To redeem myself on a humid day in Athenry I set a PB 0f 1:51.20.

My training schedule this summer was 5 or 6 miles on Tues/Thurs followed by 9/10/11 miles on Saturdays and 4/5 miles on Sunday.

I ran 51 mins the previous Sunday in the Loughrea Grey Lake 10Km, in soaking conditions.

I drove to Dublin Airport on Saturday morning leaving home at 1.45 am having slept only 3 hours. At 5am I met up with my colleagues form eir. We were settled in our hotel by 11am. Our Race numbers and goody bags were ready for us at the hotel. This saved considerable time. Eager to explore, I set off for a few hours sightseeing and Lisbon does not disappoint.

That afternoon our team headed to watch the All-Ireland in Hennessey’s Irish bar.

Next day, early start, bright sunshine, temperatures predicted to hit close to 30c and we were off. The race started at 10.30 on east side of the city on the amazing Vasco da Gama Bridge. This is the world record course for the half marathon. All runners were bused out to the bridge from the Expo centre.

The first few KMs have a gentle decline. I was flying as we passed bands playing at various locations along the route adding colour and excitement. Different from home were the much needed water stations at every 3k. It was now 11 am and I noticed the temperature was 25c on a local pharmacy sign. At all water stations, I made sure to grab a bottle, after a sip or two the remains were poured over my sun-creamed baldy head. Most of the route is straight and flat with just 3 motorway ramps.  At 10k I was just over 52 mins and delighted with myself. At 13 km we looped back to the other side of the road and joined up with the marathon runners.

At the next water station more and more runners were slowing down as they took on water/Powerade/bananas/orange slices. Looking at my watch my pace was slowing considerably. I had been expecting my finishing time to be 1:55. The early flight, the uneasy sleep and heat were taking the edge off me. As I cooled under fire hoses at a cooling station I realised my last 10km time was not race pace, I had slowed to the pace of a weekend training run.

On the last km with the cheering crowds and as the last 2 bands blasted out pumping music I picked up my pace as best I could. Finishing in 2hrs 2mins, I was an hour behind the Eritrean and Kenyan leaders!

Post-race chit chat focused on why runners of my ability were down 8-10 mins on their PBs. Stronger runners fared better, but they too were off their target times. The Eir team had 2 top 50 finishers and one of our girls had a first in the Over 35s.

Amazing race and great city however most importantly funds raised for the National Maternity Hospital Foundation. 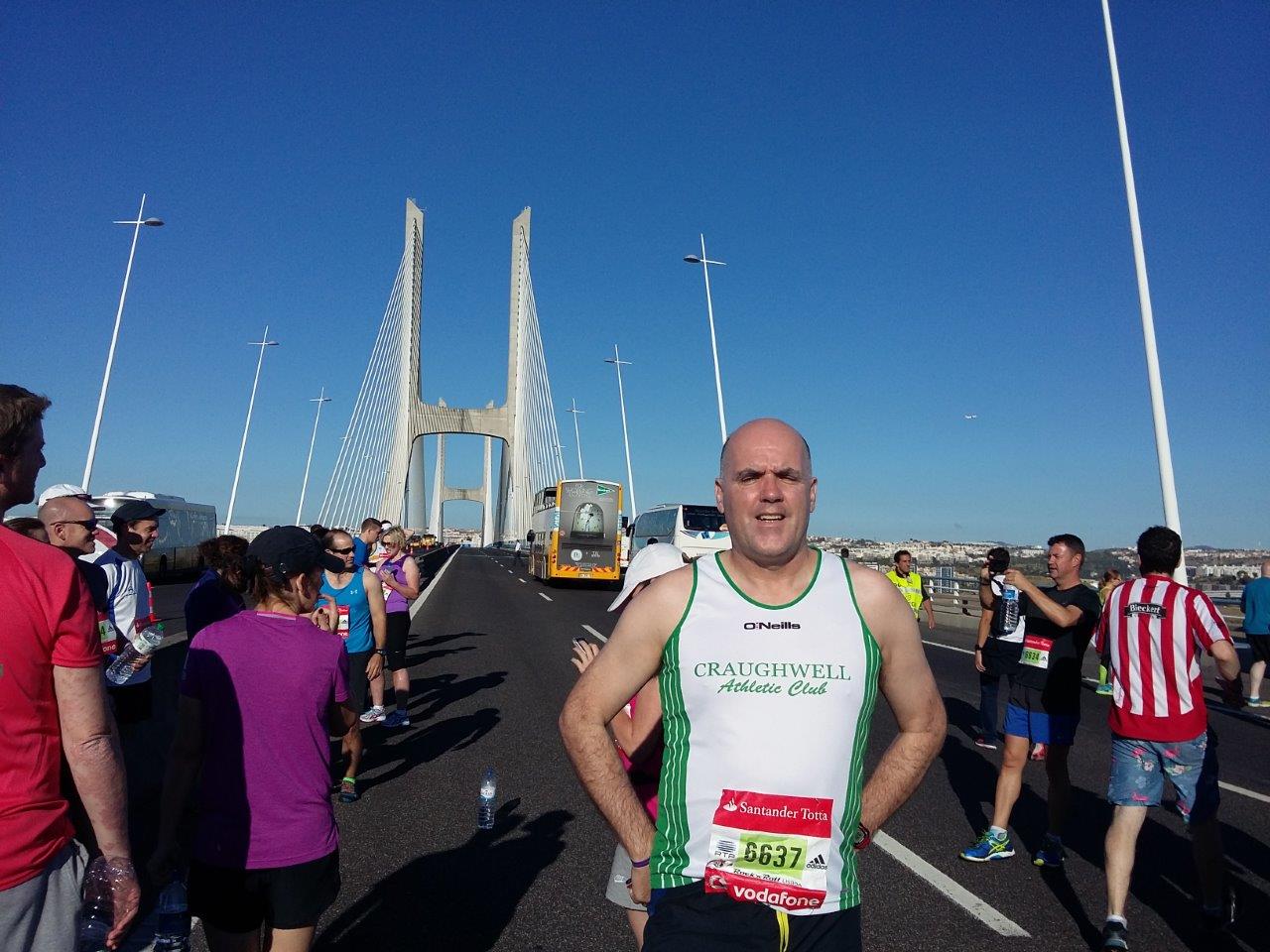