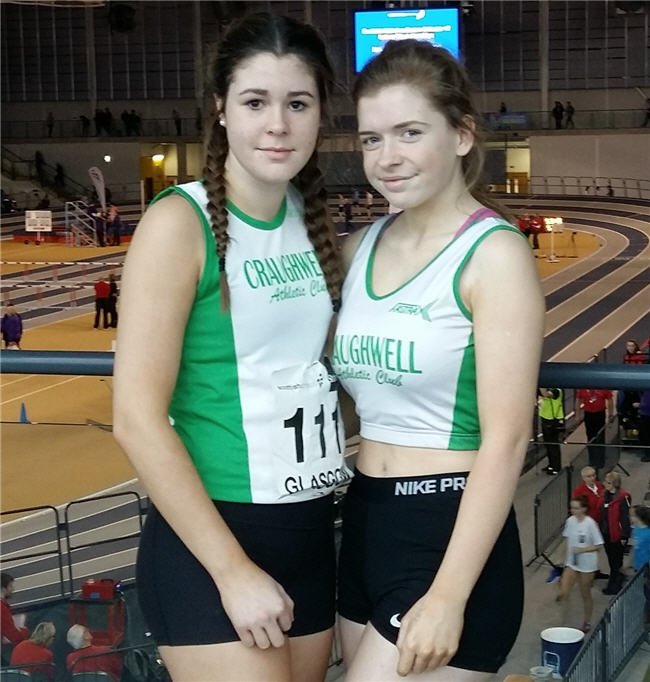 With the Scottish Indoors split over 2 weekends this year, the U17s were in action on the weekend just gone and U13/15/20 are in action in 2 weekends time. The club had a small group of 3 athletes travel to Emirates Arena in Glasgow for the U17s Champioships. As usual, it was a very enjoyable weekend – Glasgow is vibrant buzzing city centre and the Emirates Arena is as impressive a facility as any in the world.

Shauna Tobin and Siona Lawless both competed early Saturday with Shauna in the long jump and Siona in the 60m. Both did well and came close to their PBs in their events. Oisin Lyons was in action later in the day in the 800m and in a tactical 800m Oisin placed 3rd in the semi-final and just missed out on a final spot by the tiniest of margins of 0.18s in a time of 2.09.51. It was tough luck for Oisin as there was more in the tank and his PB would have seen him take a medal in the final.

The excitement continues to mount now for weekend two where the club has a group of 59 travelling including athletes, fit4youth and parents. It is the largest group yet from the club to travel abroad and it should be a great weekend.