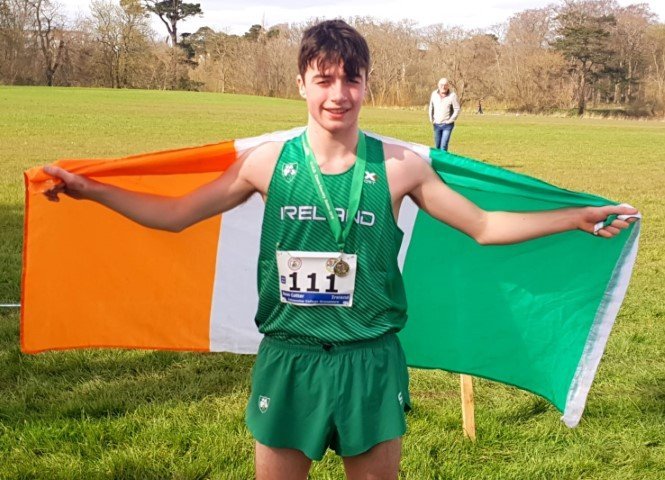 With perfect conditions for distance running, the 2019 version of the SIAB International School’s cross country took place in Santry Demense on Saturday. It was a dry, mild day with good underfoot conditions creating the right environment for some fast races. The English Schools Team were expected to sweep the boards in the team races and did not disappoint with some incredibly strong performances over the course of the day.

Delighted Sean at the End

The most striking aspect of all the races was the intense pace that was set from the gun. The Intermediate Boys race over 6,000m presented a real challenge for the Irish athletes used to running 4.5K for their clubs. The Irish boys were told to expect the English team to run a steady first lap (1500m) and to push on from there but the tactics book was torn to shreds when the English team spearheaded by rising young star Mohamed Ali (yes!) dominated the early pace and lead the pack out with a blistering pace. 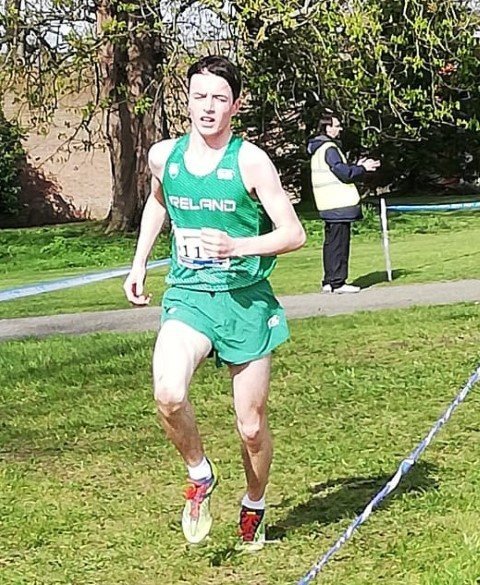 Sean did well to stay in touch with a first 1500m lap in 4.26 but the pace being forced at the front soon splintered the field and the Irish runners re-grouped and worked together to stay in the race. Mohamed Ali took gold for England easing his way to a 18.07 time for the 6k course. He is certainly one to watch and has recently taken Mo Farah’s 1500 and 3,000m UK U15 all-time records.

First home for Ireland was Michael Morgan from Sligo who ran a great race to come in 5th continuing his recent fine form. With the lactic acid in the legs building from the midway point, Sean ran a very brave race to come in to score for the Irish team and helped secure a silver medal in the team event which was Ireland’s best score of the day. Overall it was a great experience and Sean is very grateful for all the messages of support and encouragement from everyone in Craughwell AC. Particular thanks are due to Lisa and Mark for helping Sean fulfill his ambition to represent his club and country and he looks forward to flying the flag again in the not too distant future! 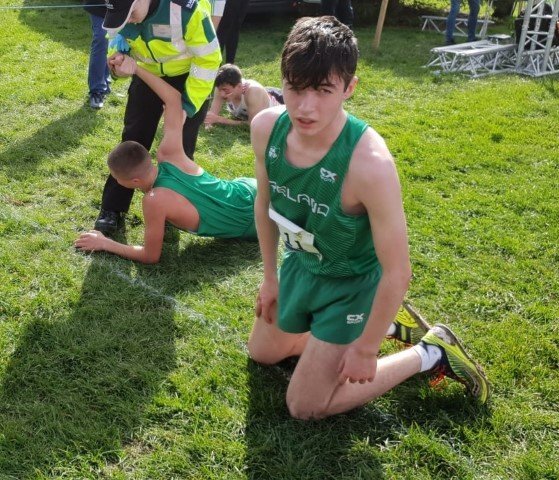 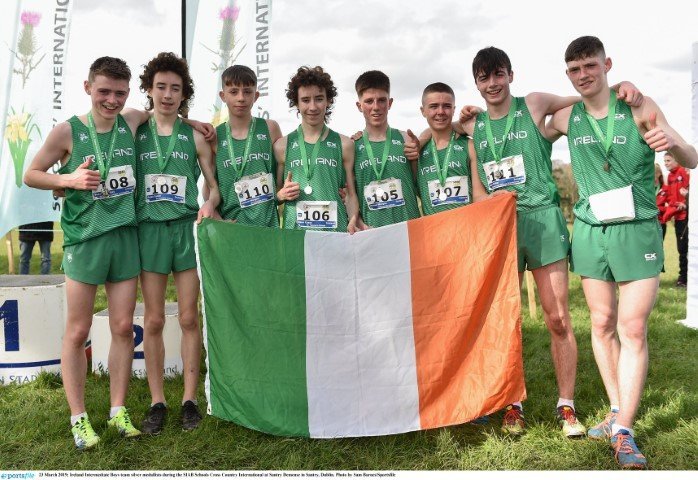