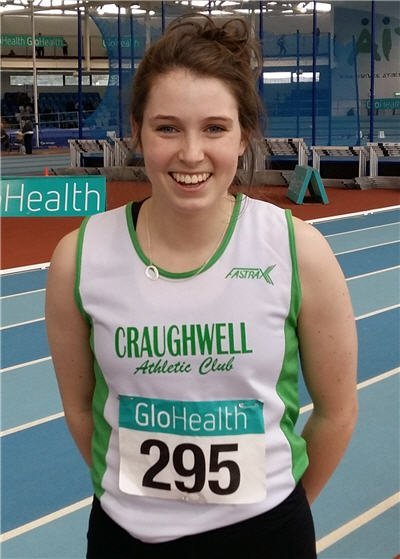 This moment was coming for the past 4 or 5 weeks now and it just took the right race to get it out on the track.

Sinead has come close to the record a few times, racing to 2:23.93 as an U18 a few years ago and then athletics taking a back seat for a few years as she starred on the camogie field at club, county and college level, most recently when helping University of Limerick win the prestigious college final of the Ashbourne Cup.

This indoor season she came within an agonising four hundreths of a second of the club record when running 2:23.13 in the National U23s.

But in elite company at the National Senior Indoors today, Sinead ran the perfect race to knock a massive 3 seconds off her own PB and off the club record, racing to an exeptional 2:20.04 in a race that was won by World Youth and Junior silver medallist Ciara Mageean.