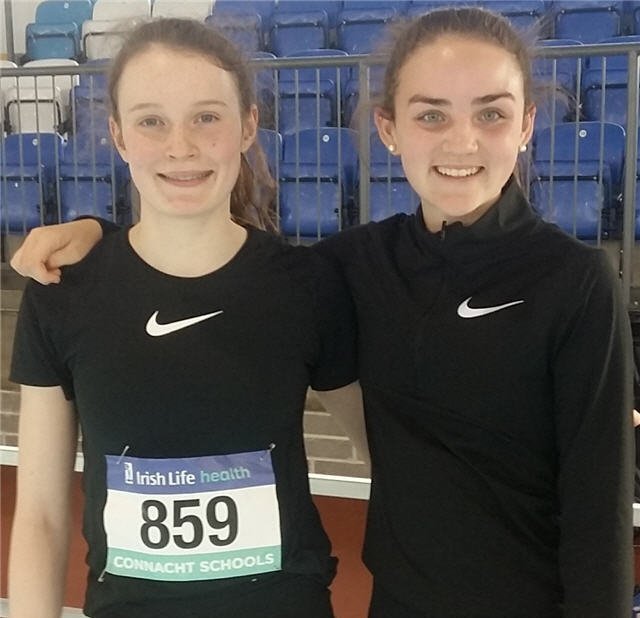 Several athletes from the club travelled to Athlone IT with their schools last Thursday for the 2019 Connacht Secondary Schools Multi-Events competition. The multi-events competition is a pentathlon indoors or a heptathlon or decathlon outdoors depending on the age group. For the secondary schools, its an indoor pentathlon comprising 5 events – 60m hurdles, long jump, high jump and 800m for the girls and similar for the boys except 200m in place of high jump. Athletes score points in each event depending on their performance rather than their placing and the athlete with the highest points wins. 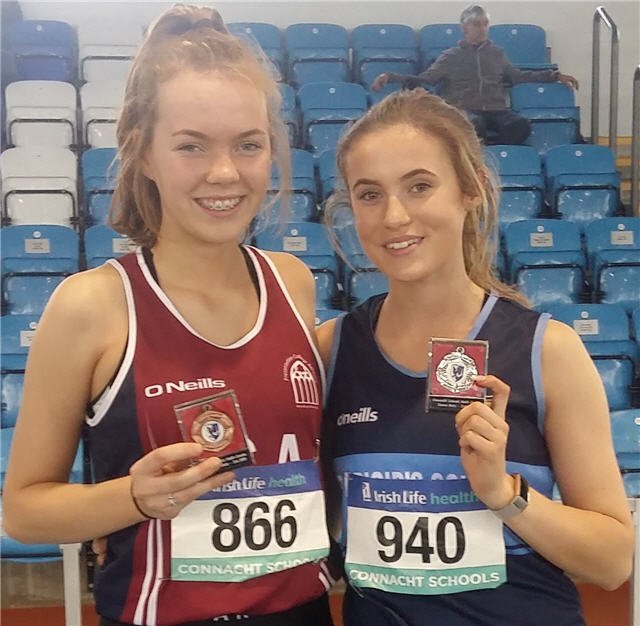