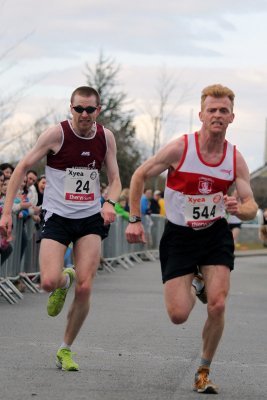 It was a nice day for taking photos yesterday and with all the cameras around I am sure we will end up with many many pictures to commemorate the event.

Just to get us going here are a few from the man synonymous with photography and Galway Athletics – Craughwell’s own John O’Connor.  As I was doing the results, I didn’t get to see much of the race itself after the first 30 or so finishers – however I did get to enjoy this cracking battle between Athenry’s Alan Burke and GCH’s Joe Morrisey.  Alan has a really amazing finishing kick – he must have gained 30 metres or more on Joe in the finishing straight but just failed to sneak in ahead despite finishing on an identical time.

Check below for some more pictures.

Here are some from John O’Connor ( a lot more to follow in time from him..!)