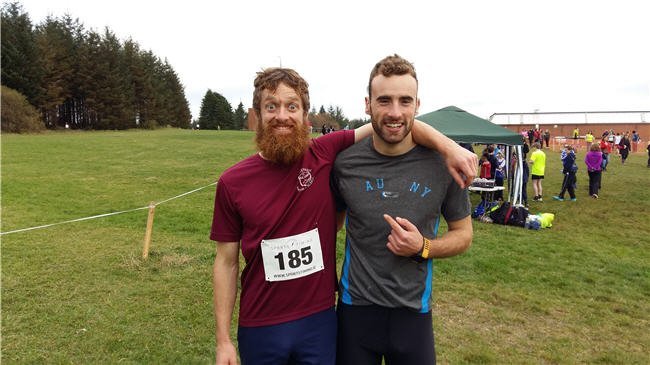 There were some gutsy performances at day 1 of the Connacht Cross Country Championships which were held in Moyne Community College, Longford last weekend. Emily Miskella led the U12 girls to team bronze in their 2000m with an 8th place finish followed by Jade Moorhead 13th, Saoirse Moore 20th and Rebekah Flynn 28th.

The U12 boys took 5th place in their race led by Adam Stewart in 15th and followed closely by Evan Hallinan 17th, Luke Flynn 35th, Darragh McCartin 38th and Ben Brady 47th. Killian Walshe battled bravely in the same race but had to withdraw with an injury. In the U14 girls 3000m, Ailbhe Miskella took 15th place with Freya Bohan 26th and Sarah Woods 33rd. Kyle Moorhead had a fine 9th place finished in the U14 boys 3000m followed closely by Finbar McFadden in 14th.

In the U16 girls 4k, Catherine Noonan and Sinead Kennedy ran well to place 15th and 19th while the U16 boy took team bronze led by Ben Ryan in 10th, Patrick Noonan 12th, Sean Noonan 17th, Gavin Forde 25th and Luke Finn 26th. Caron Ryan had a wonderful run to take 3rd place in the U18 Girls 4000m with Aoife Greene 9th while Ciara Greene placed 4th in the Junior Women 4k. 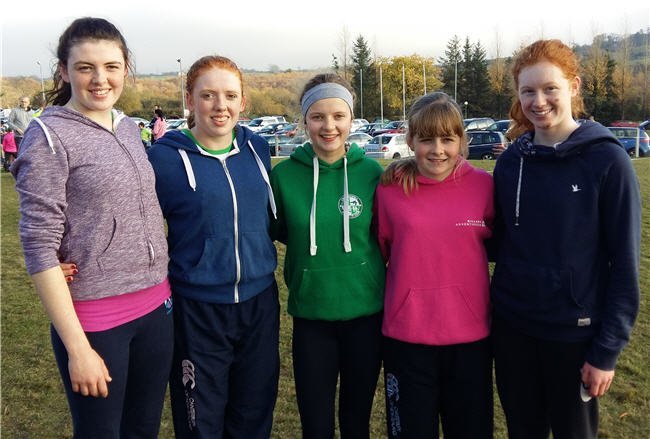 In the Junior Men’s 6k, Jack Miskella, Ben Vahey and Tiernan Burke all ran strongly to place in the top 12 with Jack 10th, Ben 11th and Tiernan 12th while Peter O’Sullivan stormed to victory in the Senior Men’s 8k with Peadar Harvey 4th and Rob Hogan 9th. Peadar’s performance earned him gold in the novice category with Rob taking bronze in the same category. Rob had a special claim to fame on the day as he was the only World Champion in the field having recently being crowned World Speed Golf Champion at the World Championships which were held in Chicago. Rob impressively completed the final round of the championships in 78 and a time of 40 minutes.

Full results of the cross country are here:-