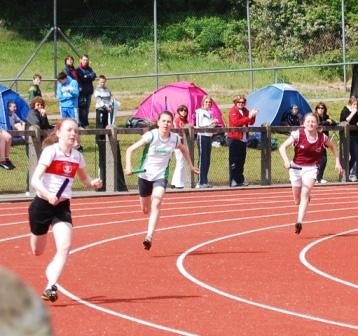 Back to Dangan on Sunday for the 2nd day of the Galway track and field championships. This was the 2nd time in 5 days that most of these athletes were competing in Dangan, having competed at the Secondary Schools track and field earlier in the week. Thankfully the atrocious weather of last Wednesday did not rear its stormy head again and other than two short sharp showers, we escaped the punishment dished out on Wednesday. With over 80 athletes from the club taking part, there was a great buzz to the proceedings.

The day kicked off with the U12 4x100m relays where the girls A team stormed home to victory in a time of 61.2, with the B team unlucky not to take bronze. In the boys, a tight race to the line saw Craughwell just pipped for the silver medal on the line and had to settle for bronze in a time of 60.0. The U13 girls and boys team, fresh from the All-Ireland medal winning exploits in Maheraghfelt took the gold medals in their races in fine style in times of 58.5 and 55.9. The U14 girls took the silver medals and the boys team took bronze in times of 57.2 and 58.6.

In the U15 age group, our boys team used to be the strongest in the country but has been decimated by conflicting commitments to other sports and sadly it looks like a few members of that team have given up the sport. But it gives some new members of the team a chance and they ran strongly today to take the silver medals behind GCH in a time of 56.2. In the girls U15, we have some super athletes who ran a fine relay in a good time of 56.2. Unfortunately however, we were up against other super teams here and had to settle for 4th place. In the U16s, a strong run by the girls’ team saw them take the gold medals in a time of 54.9 – very close to the club senior record of 54.5. The U17 girls ran an identical time in their race to take the silver medals. And possibly for the first time, we had an U18 girls team take part in the relays, taking silver medals in a time of 58.6 and possibly having had a chance of a club record were it not for a dropped baton on the final leg. 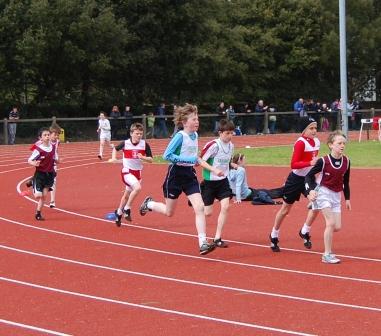 As usual the middle-distance races threw up their usual share of drama with Grainne McDaid battling all the way to the line to just miss out on the gold medal in the U12 girls 600m, Linda Porter pipping her regular rival Michelle Maher from GCH on the line in the U15 800m and Michelle getting her own back to win the 1500m, Ashley McDonnell returning to top form in the same 800m race to run a super time of 2.31.7 and miss out on the bronze by only a metre, Finn Stoneman and Paul Fitzpatrick battling it out in the U15 800m race but different age groups with Finn just shading it in the final 3 metres and Fitzie getting a huge PB, Damien O’Boyle in his first 600m ever almost taking a medal in a great battle with Jamie Spelman, Finn Stoneman and Conor Gillen having a super battle in the same 1500 race but different age groups with Finn shading it in a time of 4.57.8, Muireann Maloney racing to victory in the U14/15 girls 1500 and in the process beating some very accomplished GCH and Ballinasloe runners, and Peadar Harvey running a scintillating 800m in a time of 2.06.5 to win the gold in the U17 boys 800m. Medal winners were as follows in the middle distance races, with the full results later in this report. 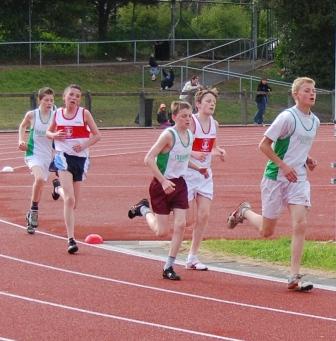 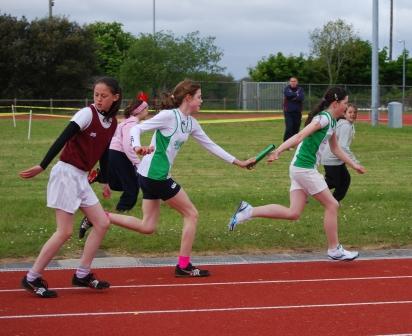 Detailed results are at http://www.galwayathletics.com/dmdocuments/2009GalwayTFU12-19Results.pdf. Note unfortunately not all performances are listed for the track events – sprint finalists are listed and in some cases the top 5 or 6 in the middle-distance events.