A busy week of athletics saw the Galway County Sports held last Tuesday and City Sports held on Wednesday, both in Dangan for primary schools children. There were many fine performances from athletes from the club in several of the schools in action. 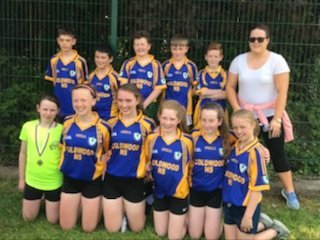 Ballymana NS also had a super day out with Katie Leen taking bronze in the U9 Girls 400m, Emma O’Donovan doing likewise in the U11 Girls 400m and Evan Quinn, Odhran Gilligan, Fiachra Bond and Daniel Galvin combining to take silver in the U13 Boys 4x100m. 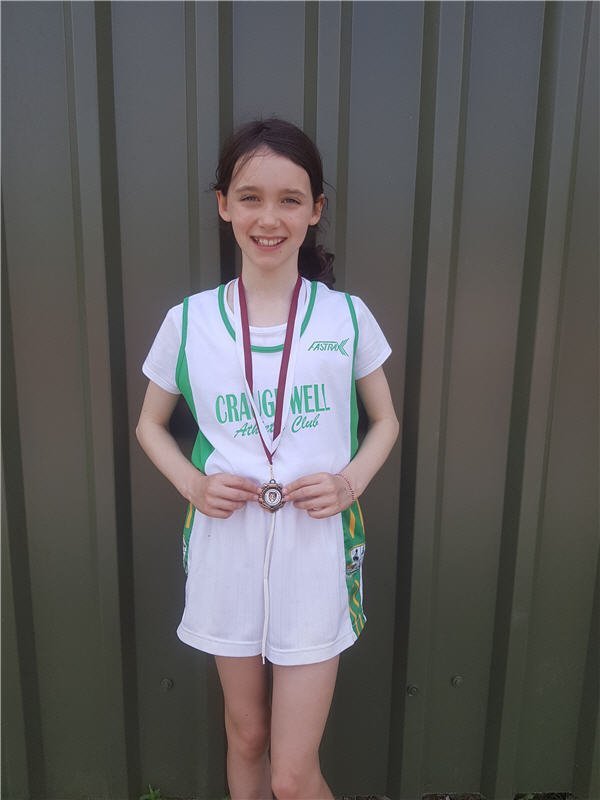 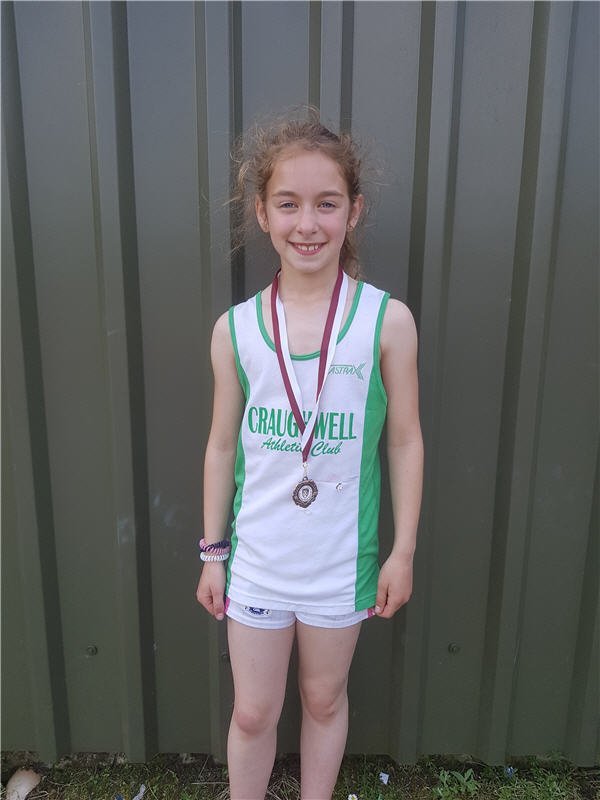 And Scoil Mhuire Clarinbridge were also in super form with Tara Keane taking gold in the U11 Girls 400m, Fionn Higgins and Sean Lavan doing the double when taking gold and silver in the U11 Boys 400m, Ella Lyons racing to bronze in the U13 Girls 100m and combining with Amy Corcoran, Siobhan Carr and Issy Fitzgerald to take the silver medals in the U13 Girls 4x100m. 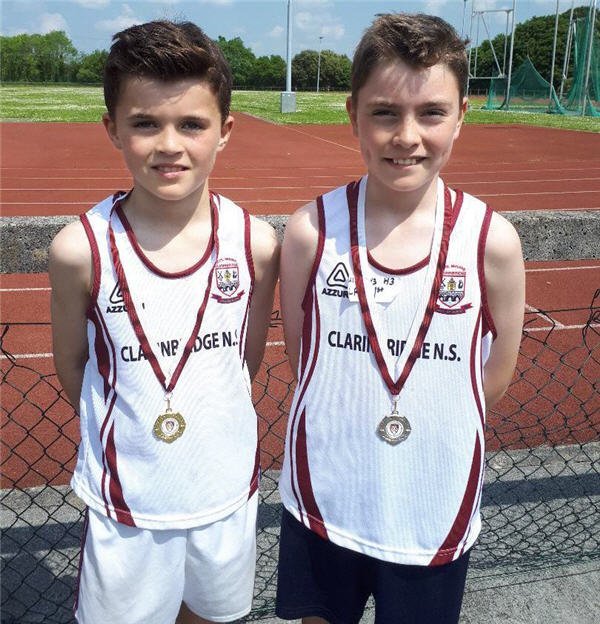 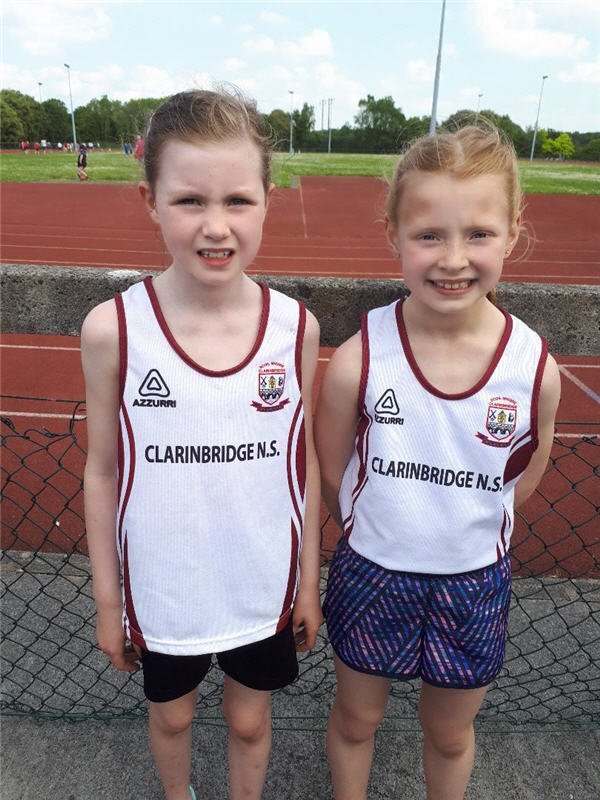 A day later Craughwell NS excelled in the City Sports with Clodagh O’Meara racing to a super silver medal in the U13 Girls 800m, continuing a fine tradition for the school where it has medalled in this race on 7 occasions with Clodagh joining Ashley McDonnell, Sinead Gaffney, Grainne McDaid and Erin Fitzpatrick. Kelly Hallinan was unlucky to miss the podium when taking 4th place in the U11 Girls 400m. The U9s excelled with Eanna Morrissey racing to the Galway title in the U9 Boys 60m, Lauren Morgan racing to silver in the U9 Girls 60m and Alan Hallinan racing to a super bronze in the U9 Boys 400m. The relays brought their usual excitement with 3 sets of gold medals being won. The U9 Boys took the gold with their team of Jack Cahill, Callum McMahon, Oran Collins and Eanna Morrissey. The U11 Girls did likewise moments later with Katelyn Walsh, Isabelle Schukat, Ciara O’Connor and Ella Farrelly. And the U13 Girls closed out a wonderful day with victory in their 4x100m with Chloe Hallinan, Grace Lynch, Erin Kelly and Siofra Davis. Remarkably in the 13 years since 2005 in which the school have taken part in the City Sports, this is the 10th time that the school has medalled in the U13 girls relay – an assembly line of talent! 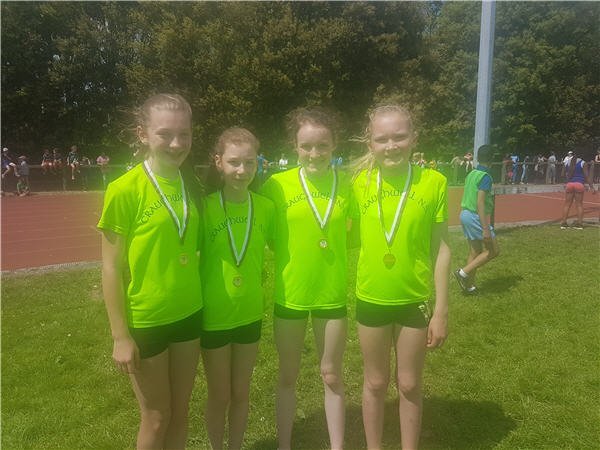 There were fine performances also from other children from the school in the City Sports including U13 Boys 600m Danny Gilligan made it to the final placing 9th, U11 boys 400m Darragh Keelan Moorhead both made to final placing 7th/9th, U11 Girls 400m Sarah Creaven placed 8th in heat, U9 400m Gemma Cloonan 7th in Final, U13 100m Evan Moran and Raphael Hardy made to semis, Evan 2nd and Raphael 4th, Evan final 5th; U13 Girls 100m Siofra Davis and Sarah Byrne 1st in heats, 4th and 5th in semis; U11 60m Isabel Schukat first in heat 3rd In semi, Chloe Keane 6th in heat; U11 Boys Ben Moran 1st in heat 3rd in semi, Alex Ryan 4th in heats; U9 Sprints 60m Beth Glynn 4th In heat.

Click attached for history of Craughwell NS in the event. I don’t have the same info in 1 doc for the other schools but hope to do so during the year or if another coach/parent wishes to trawl the website and do the initial version that would be super. 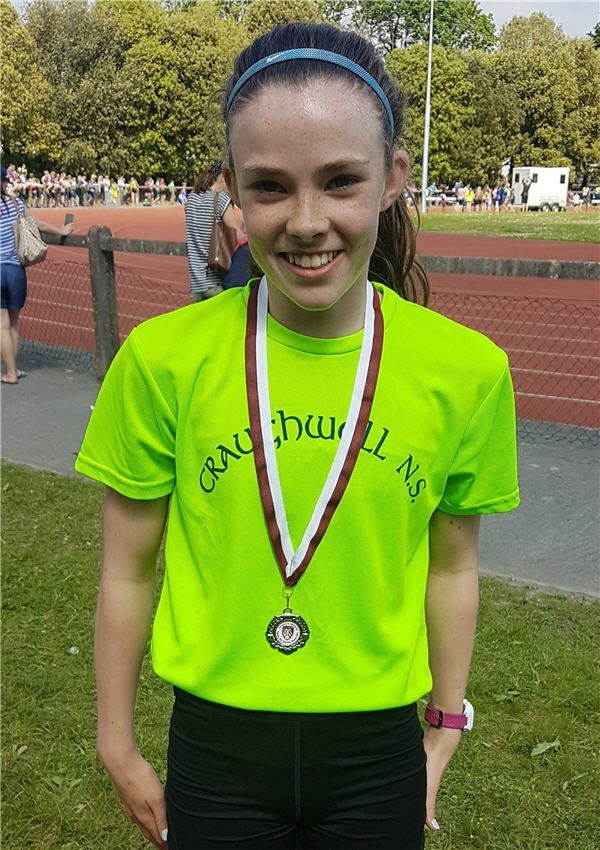 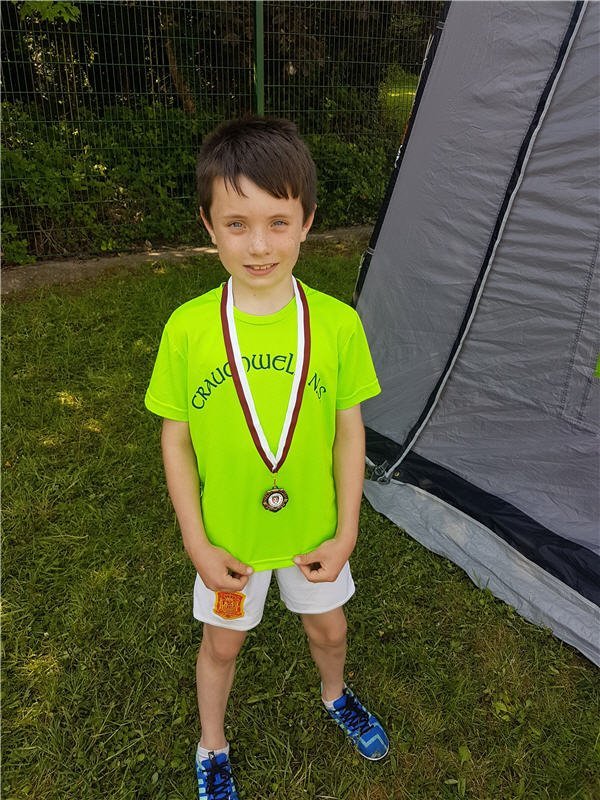 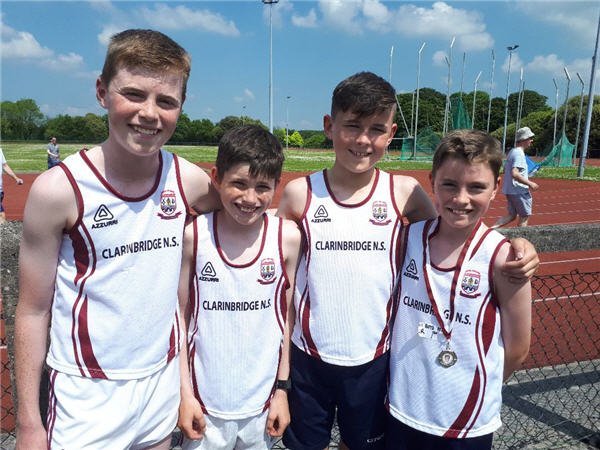 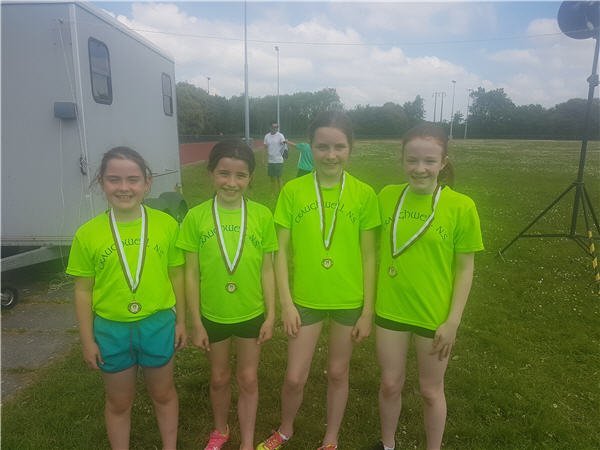 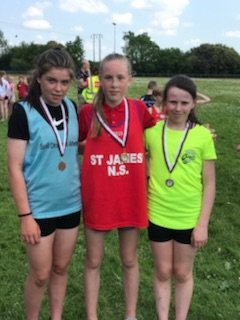 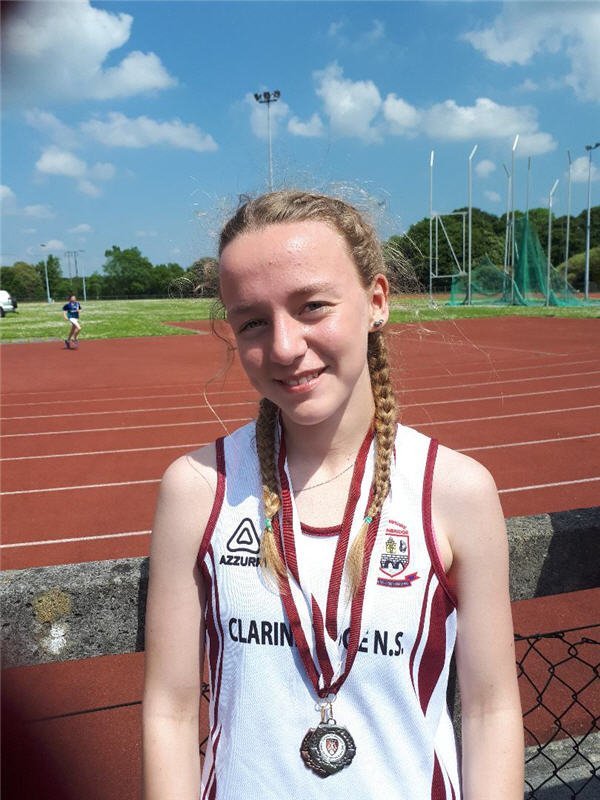 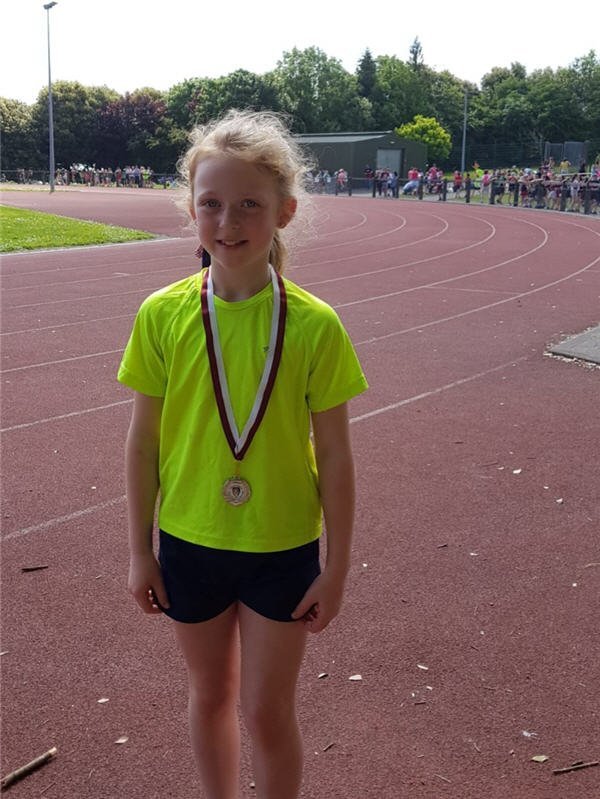 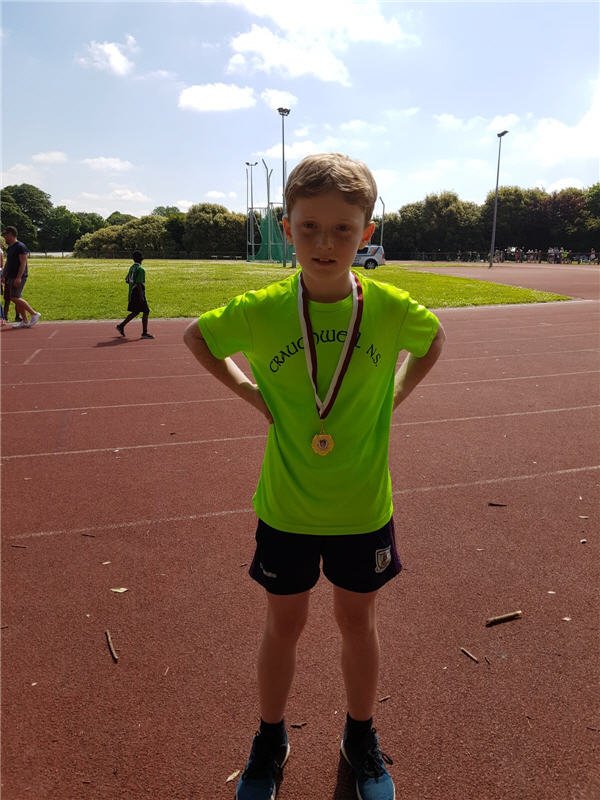 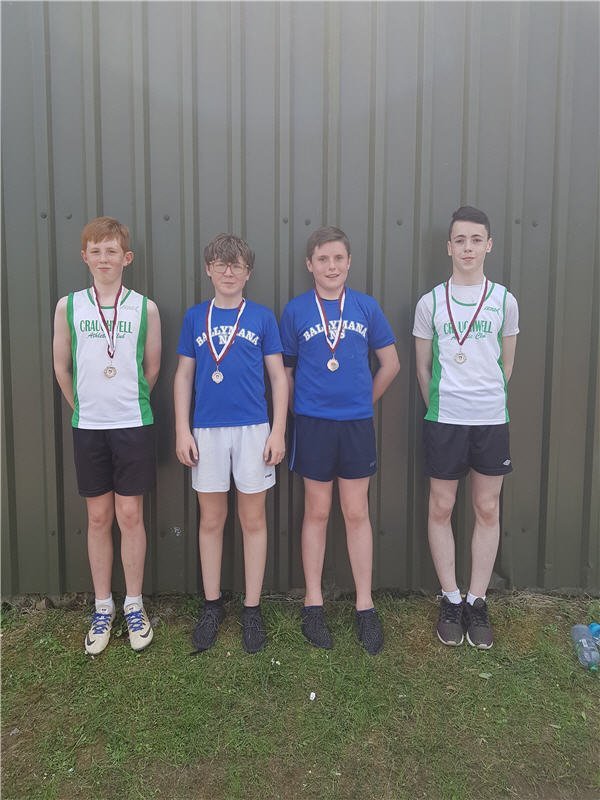 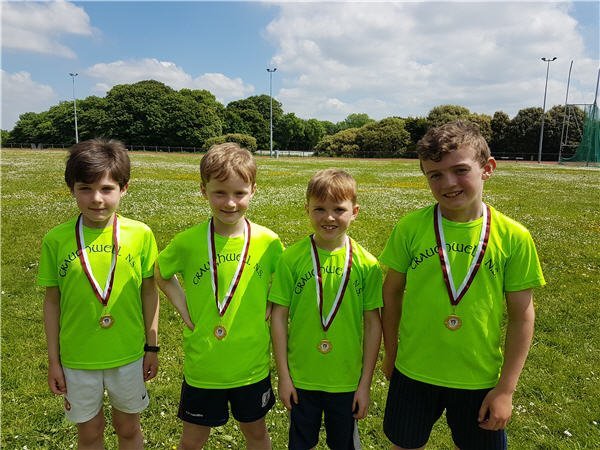