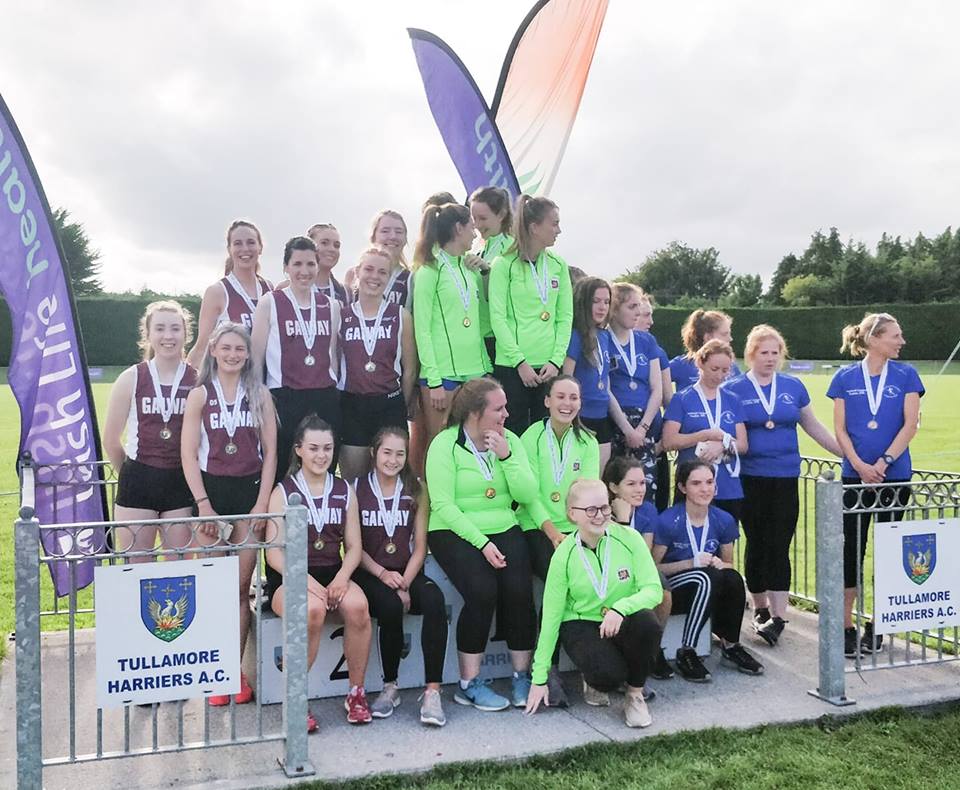 Galway County team on the podium in the National Premier League Final !

In Division 1 where the County Galway men’s team had qualified for the final for the first time under the management of Castlegar AC’s Sean McDermott, there were some further fine performance from Craughwell AC athletes including Luke Evans who took 3rd place in the 3000m steeplechase in 11:28.36, John Cormican who placed 5th in the 1500m in 4.29.65 and helped the 4x100m to 6th place; and Jack Miskella who placed 6th in the 800m in 2.09.06 and featured prominently along with Luke Evans on the 4x400m team that took 2nd place in 3:37.18. The team placed 7th overall. Well done also to Gavin Cooney, Damien O’Boyle, Ryan Gallagher, Jerry Keary and Daniel Callanan-Forde who had helped the team qualify for the final from the earlier rounds. 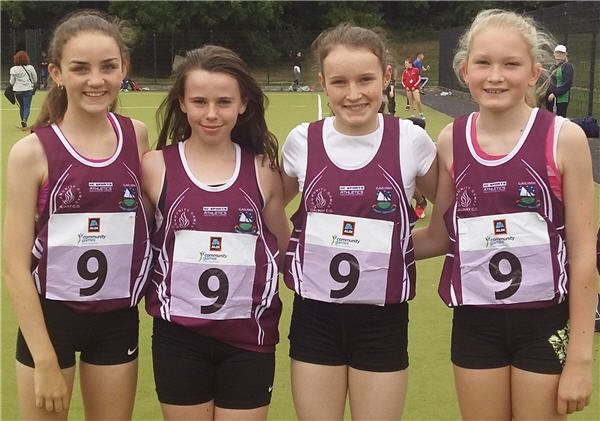 Meanwhile at the Community Games National finals held at the University of Limerick there were some strong performances from local athletes. Kyle Moorhead qualified comfortably for the U16 Boys 1500m final when placing 2nd in the semi-finals on Saturday and in the final on Sunday was holding a top 3 position as the race entered the home straight but had to settle for 6th place in a sprint finish over the last 100m. Alisha Larkin sailed through the heats of the U16 100m and just missed out on making the final when placing 5th in the semis.

James Furey had a super performance in the U16 Boys high jump, clearing 1.55m and taking 5th place overall just outside the medals. Tara Morgan and Ella Lyons competed strongly in the U14 Girls javelin and long jump, great to be competed there as Galway Champions.

The U15 Mixed Relay team of Lughaigh Morgan, Ava Finn, Rebecca Lynch and Robert Urquhart just missed out on making the final of their relay when placing 5th in the semi-finals. A similar fate was in store for the U14 Girls 4x100m team of Fauve Aylmer, Jade Moorhead, Erin Kelly and Siofra Davis who raced to a brilliant 3rd place in their heats but had to settle for 5th place in the semi-finals – but great achievements nonetheless to be the Galway champions at the National finals.