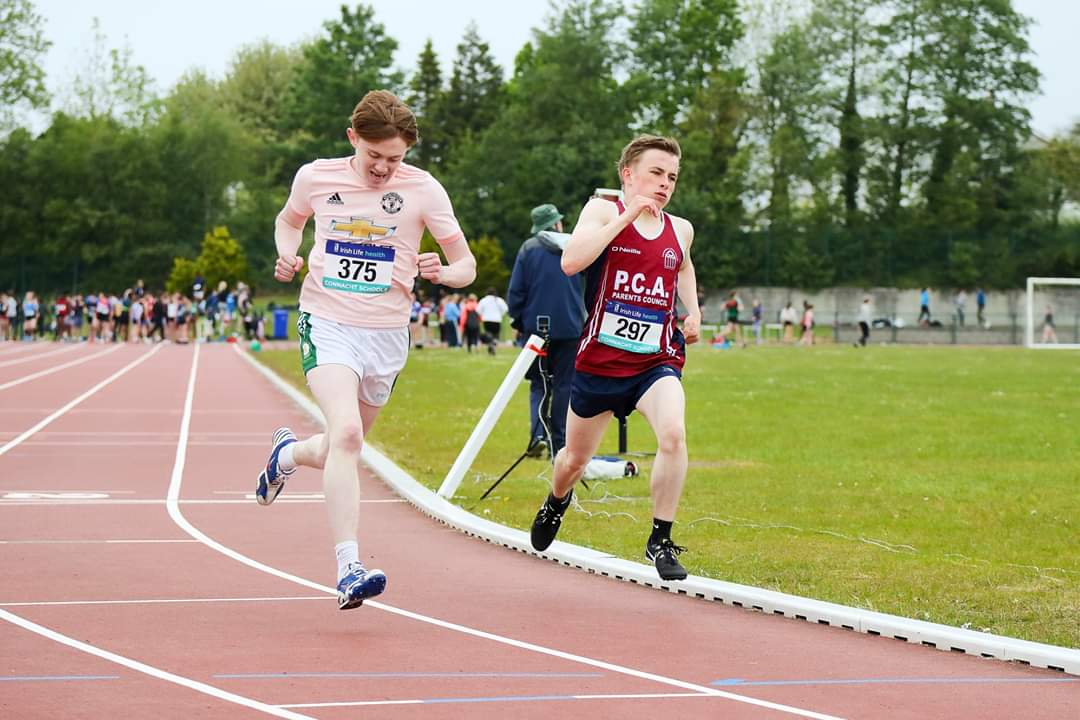 Athletes from the club enjoyed tremendous success at the Connacht Secondary Schools Track & Field Championships which were held last Thursday in Athlone. While official results are not yet available, the following provides a summary. I will up date when official results are made available and in the meantime if anyone is missed or incorrectly reported below, please let me know.

The race of the day was the Intermediate Boys 3000m where Calasanctius’ Sean Cotter just pipped Pres Athenry’s Ross McGuinness on the line with both athletes recording an impressive time of 9:36, while Leanagh Gilligan (St Brigids) was also very impressive with a 5.35m leap to win the Senior Girls long jump, a big PB for Leanagh and the second best jump ever by a female athlete in the club only marginally behind Sinead Treacy’s club record of 5.44m set in 2015. Leanagh followed it up with a fine 10.58m leap to win the triple jump. Ryan Gallagher (St Raphaels) leaped an impressive 5.97m to take silver in the senior long jump while Jerry Keary (GTI) made a welcome return to action to take silver in the senior high jump with a 1.85m leap. Patrick Noonan (Pres Athenry) posted 4:29 to take 4th place in the senior 1500m while Calasanctius’ Eva Whyte took a brace of medals with silver in the Senior Girls triple jump with 8.98m and bronze in the long jump with 4.25m. Arlene Earls (St. Brigids) and Catherine Noonan (Pres Athenry) also claimed bronze in their events with Arlene in the 800m and Catherine in the 3000m. Sean Noonan (Pres Athenry) raced to a fine time of 2:10 in the Senior Boys 800m. 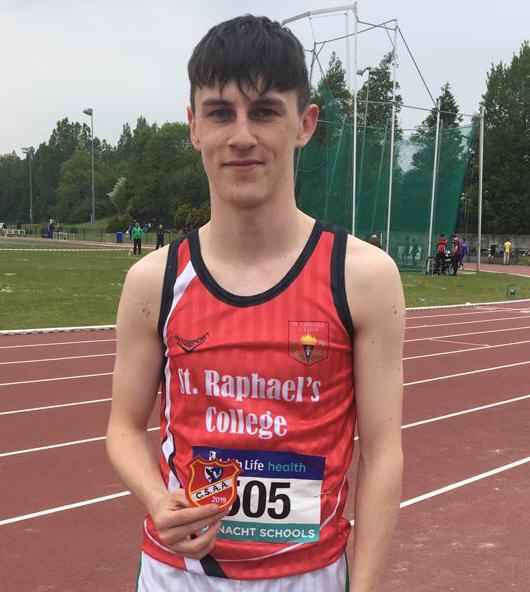 St Raphaels’ Ryan Gallager who won the silver medal with an impressive 5.97m
in the Senior Boys long jump at the Connacht Schools Track & Field in Athlone

The junior grade saw impressive high jumping with Pres Athenry duo Jade Moorhead and Evan Hallinan taking the Connacht titles with leaps of 1.50m and 1.55m, while Evan also claimed a second title in the triple jump with 10.40m and Jade raced to 4th place in the 200m. Fauve Aylmer (St Raphaels) took the Connacht title at her ease in the 800m with a 2:28 time while Siofra Davis (Pres Athenry) claimed double bronze in the high jump (1.45m) and in the 75m hurdles. Ryan McDonnell (St Brigids) posted a massive PB of 4.98m to take 4th place in the long jump. 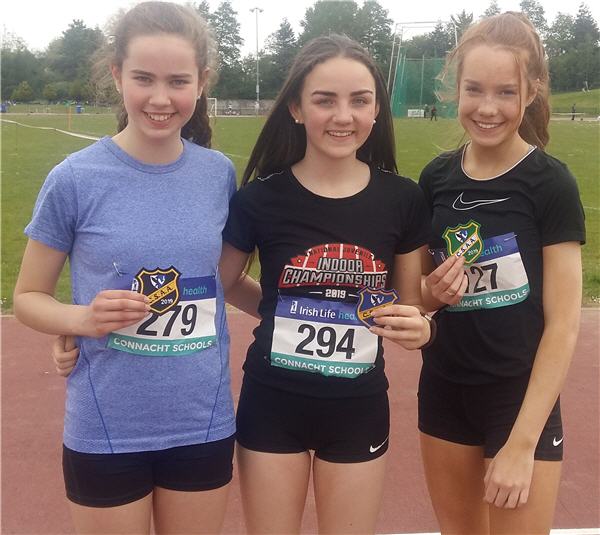 In the minor grade, Pres Athenry’s Leonore Church was in sublime form when taking the Connacht title with a 1.50m clearance while Evan Quinn (St Brigids) was also in top form when taking the Connacht title in the Minor Boys long jump. Ella Lyons (Pres Athenry) completed a fine day for athletes from the club with double bronze in the 75m hurdles and in the long jump with a 4.28m leap.