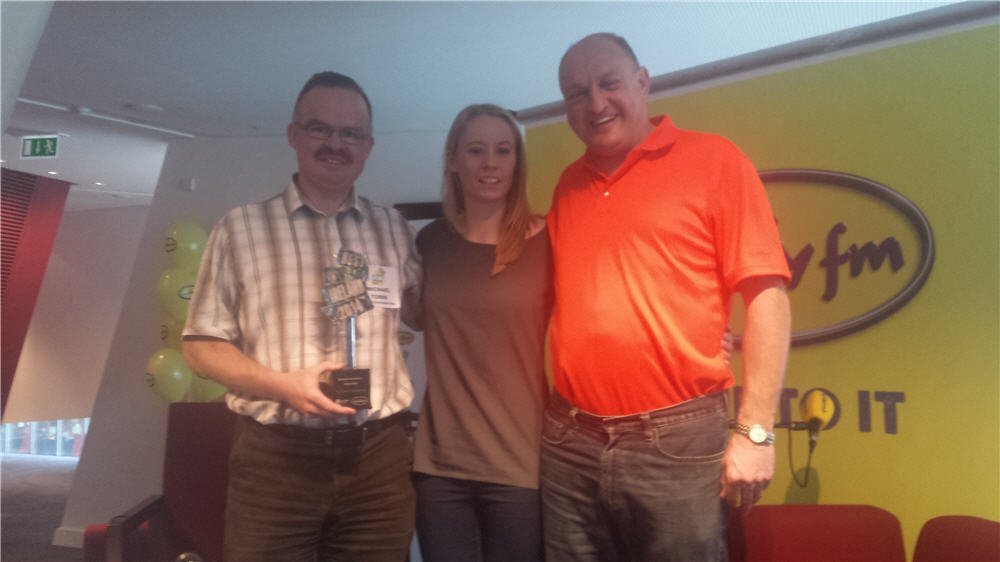 Well folks (as Michael would say)

We in Craughwell A.C. have always known this, but now most of Ireland have also found out.

What a wonderful way to celebrate the excellence of a man who lives, eats and breaths the sport of athletics.

He never misses a training session often arriving late to, or leaving early from meetings.

How many of us have emails with 3am times on them. Does this man ever sleep Who knows???

So many young people have the honour of saying they have been trained at some stage of their athletic lives in Craughwell A.C. by Michael. That is something they never forget.

How many of us who originally agreed to help out occasionally are now qualified coaches, among other roles we have taken on due to his gentle persuasion!!! Boy is he good at all the roles he has in the club, but he shines as a coach.

He has been the driving force behind the great new 8 acre site we now proudly own and has not stopped driving forward in developments to ensure we will keep moving forward through the project.

WELL DONE MICHAEL A TRULY WELL DESERVED TITLE. We are all so proud of you.

Tune in to Michael and Marks interview in Today FM above – it comes about 48 minutes in. Well done again Mike!! It’s also worth listening to the great Derval O’Rourke who introduces the award, and was one of the judging panel for the finalists.