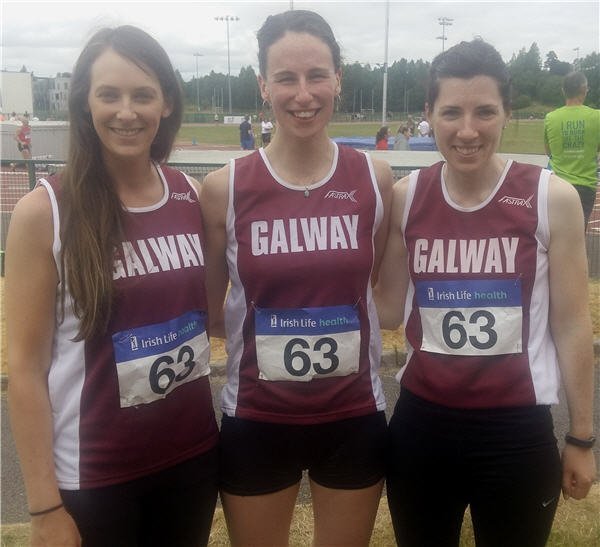 Several athletes from the club starred with the County Galway women’s team which took team silver in the Premier Division of the National Senior League in Tullamore last Sunday. The team which was managed by Sarah Finnegan, came within a whisker of winning the League outright – just missing out by the slender margin of 4 points (which equates to the reversal of 1st and 2nd places in a single event with the winners Dundrum South Dublin).

Laura Cunningham flew over the 5m mark on all 4 of her attempts in the long jump to claim 2nd place with a best of 5.24m only 4cm shy of winning it – terrific jumping form to leap 5+ metres on all 4 jumps and in the process tripling the number of times she has cleared the magical 5m mark. Earlier Laura took 3rd place in the triple jump with a best of 10.13m and combined with Sinead Treacy and 2 GCH athletes to take 2nd place in the 4x100m in an excellent 49.38.

It was a super performance from the club’s athletes not to mention also the fine performances from several other athletes from the club who helped the county team qualify for the final in the earlier rounds including Ailbhe Miskella, Aisling Keady, Alisha Larkin, Aoife Kelly, Ellie Cronin, Leanagh Gilligan, Maeve Curley, Shauna Tobin and Tara McNally.