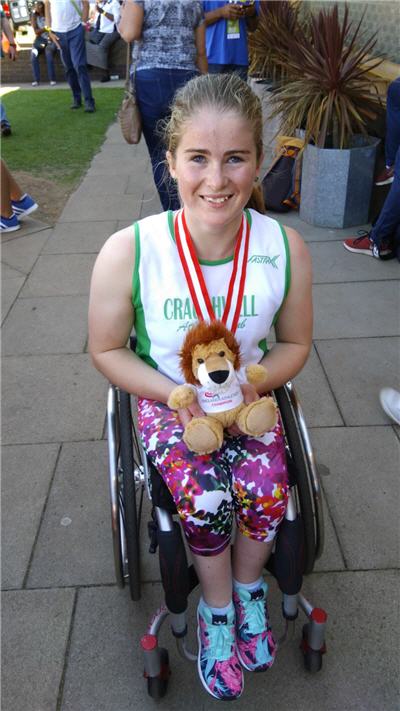 Shauna Bocquet had an incredible weekend at the England Age Group Championships held in Bedford on Sunday. These championships are widely considered to be the pinnacle of athletics competitions in these islands across all disciplines and abilities.

For good measure Shauna also took silver in the 200m in a time of 34.41 – crossing the line first but placed 2nd as it’s a Paralympic discipline so the final placings are decided using a point system to allow all disability categories to compete together.

Videos of some of Shauna’s races are online at the links below:-

It was an exceptional performance against the best wheelchair athletes on these islands, one that even England Athletics remarked on in their report on the event and one that certainly marks out the Ardrahan athlete as one to watch for the future.