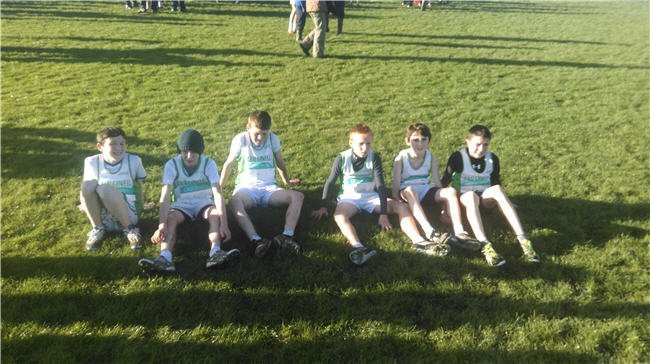 News just coming in over the airwaves that the U12 boys cross country team have claimed National silver team medals! Fantastic result and a huge well done to the lads in what is one of the toughest races they will ever run. The team raced superly to finish just behind Ennis Track and just ahead of Westport in a close battle. They were led home by Gavin Lee in 20th followed by Liam Leen 22nd, Sean Cotter 30th, Gavin Kelly 65th, Jack Farrell 73rd and Oisin Davis 153rd.

A huge huge achievement for all of the lads!

It is impossibly difficult to medal at National level in cross country and something the club has achieved only a handful of times.  The last time was in 2012 when our U17 boys made history by becoming the first Galway boys team in at least 15 years in older age groups to win National cross country team medals – winning team bronze with 82 points (8 Jamie Fallon, 16 Conor Gillen, 27 Nicholas Sheehan, 31 Damien O’Boyle, 32 Matthew Moran, 46 Keelan Ryan).