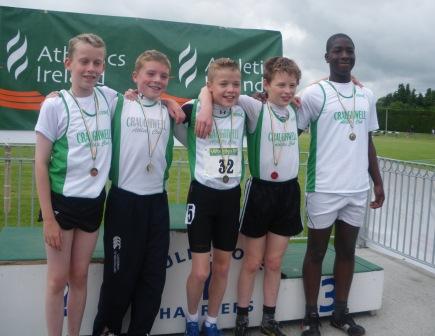 A week late with this article due to Finland! Craughwell AC's U13 boys 4x100m team raced to a new club record (for U13s) and National title a week ago in Tullamore when winning the U13 boys relay in a time of 54.64 to add to their indoor title from earlier this year. Their time of 54.64 overtook the U13 boys team of 2007 as the club record for this age group – that year the team of Peter Treacy, PJ Kelly, Brendan Gallagher and Jack Raftery won the National title in a time of 55.10.
The U15 girls put in an exceptional performance to break the club senior record in the 4x100m relay in a time of 54.06 in their heat and finished 6th in the final with their team of Jessica Heneghan, Claire Ryder, Orla McDaid and Maria McNamara. The U12 boys raced to a good time of 57.97 to finish 5th in their final – with their team Eddie Madden, Ici Richards, Ian Connolly, Oisin Doyle and Niall Broderick. Oisin Doyle performed heroics to execute a perfect baton pass after losing his footing and diving forwards to make the baton exchange! The U13 girls were unluckly not to make the final, finishing as the 9th fastest team in the heats with their team of Dandy Murray, Ellen Treacy, Ellen  Fitzpatrick and Sinead Treacy; while the U12 girls were very unlucky to drop the baton in their heat and miss out making the final with their team Hannah Rabbitte, Caoimhe Reidy, Grainne McDaid, Tara McNally and Leanne  Freaney. 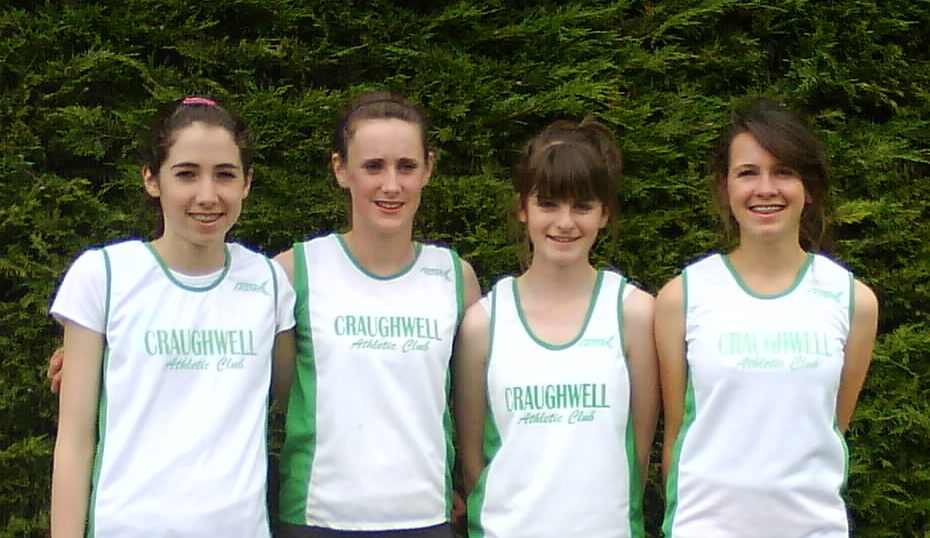