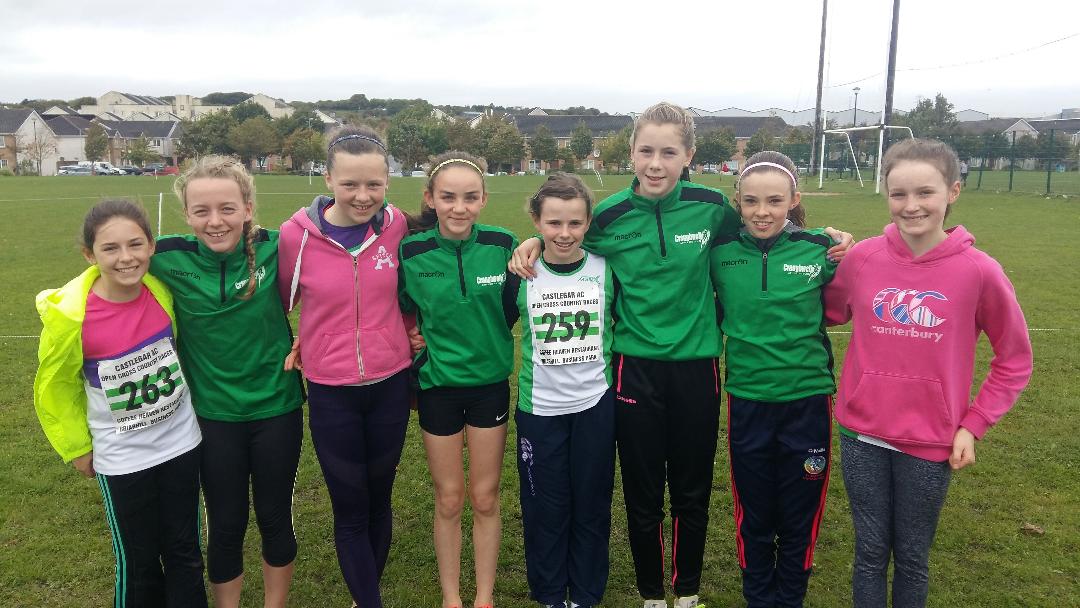 Our juveniles took part in the Castlegar Open Cross Country for the first-time ever last weekend and what a great event it was. Structured as a series of 4x500m cross country relay races from U10s upwards on the grounds of Merlin Woods Park in Doughiska, it was a nice change for the athletes from their usual cross country distances. Massive well done to Sean McDermott and his Castlegar AC crew for organising what is becoming a bigger event every year.

The juvenile races were preceded by the adult 4x1500m cross country relay where Craughwell AC blazed to victory with their team of Ciara Sheppard, Luke Evans, Sean Noonan and Patrick Noonan. It was the first time any of the team competed in the senior grade and to come away with team gold was wonderful.

The juvenile races commended with the U10 girls and boys and worked its way up to U14s. Our U13 girls were in action in the U14 races where we had 2 teams take to the field. Both teams ran splendidly taking 1st and 4th place. The team of Fauve Aylmer, Clodagh O’Meara, Siofra Davis and Jade Moorhead ran home to take victory in style ahead of all U14 boys as well as girls while the team of Claire Coulahan, Ella Lyons, Grace Leen and Sarah Byrne ran brilliantly to finish in 4th place out of 10 teams. 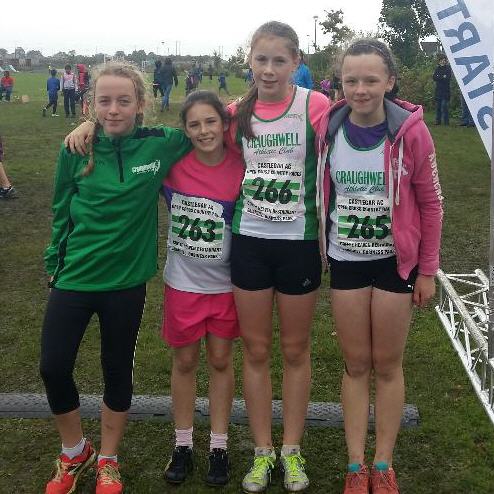 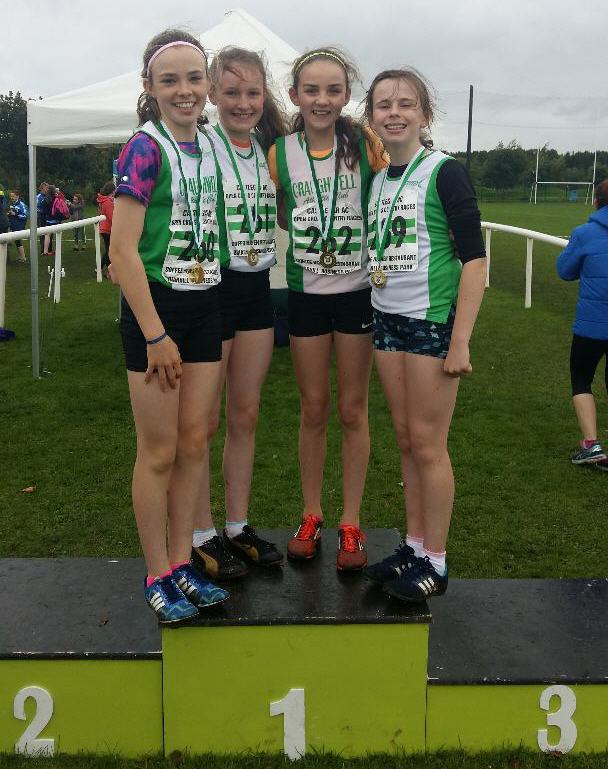 Great to see the fledging juvenile sections from Castlegar AC and Clare River Harriers in action in the juvenile races and hopefully just the beginning of major juvenile participation and success for both clubs.

After the juvenile races were done and dusted, the 3000m cross country race got underway where Sean Cotter belied his young age to race to victory amongst a mixed field of adults and juveniles – a fantastic achievement for Sean. See Lisa’s separate report on the race on our website. Well done also to young Darragh Kelly who put in a fine performance in the 3000m race and he just an U11 athlete, racing the last 1500m of the race!