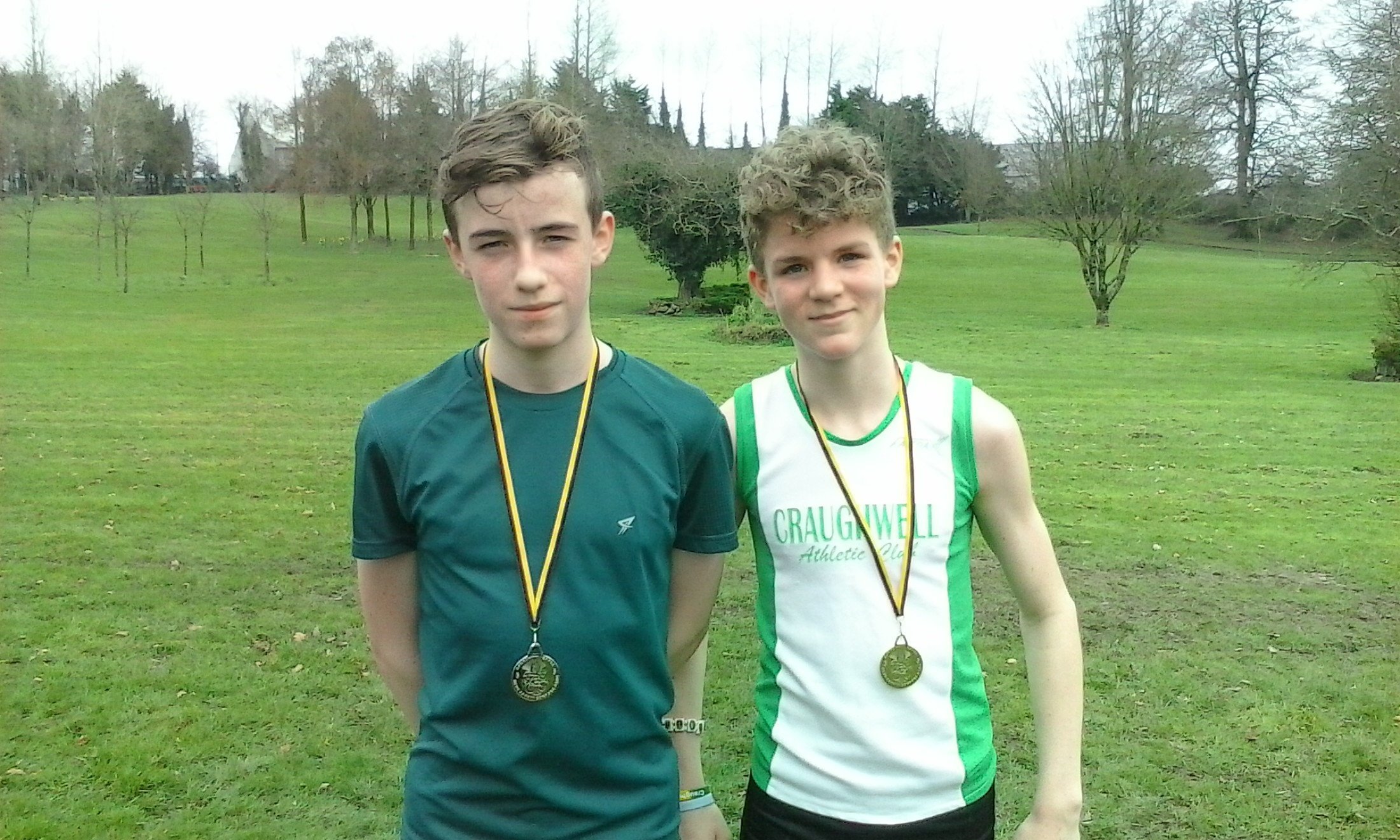 Finbarr McFadden & Kyle Moorhead, Silver & Gold Medalists in the Galway Community Games X Country Finals in Tuam today
Two of the Club’s U16 runners  took part in the Galway Community Games 7k Marathon earlier today in Tuam. After the earlier cross country races had finished, and the athletes and parents had dwindled away, the Marathon runners were left to race it out for the medals. The race started in the park before the runners took to the roads of Tuam to run, what turned out to be, two 4k loops – making it an 8k race.
After the first 4k Kyle Moorhead and Finbarr McFadden were neck and neck leading the race with Kyle then slowly beginning to pull away during the second loop. They both held these positions to the end to take the Gold and Silver medals and the opportunity to participate in the Community Games All Ireland’s during the summer.
Comments are closed.