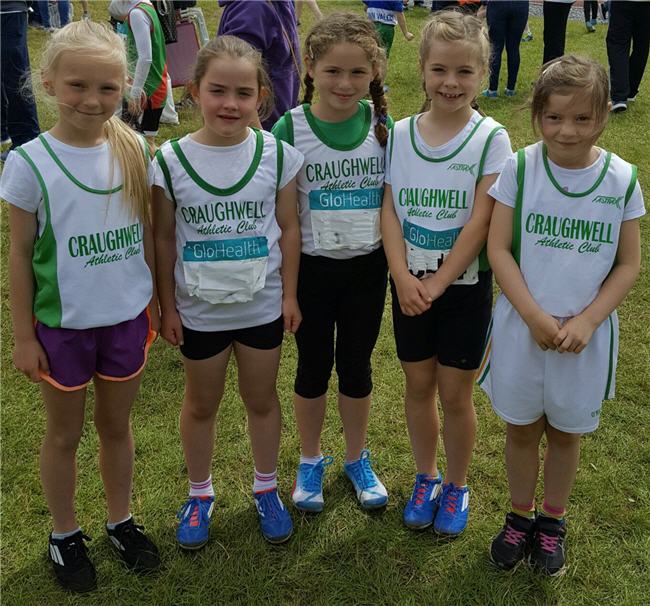 On Sunday last, the club had a large representation in the National finals of the U9-11 age groups where the highlight of the day was the bronze medals for the U9s girls pairing of Tara Keane and Mollie Gilligan in the Turbo Javelin where they threw a combined distance of 31.17m to claim their spot on the podium.

There was heart-break for a number of athletes who placed 4th in their long jump event with U9 girls Keevagh Barry and Katelyn Walsh combining to leap 6.20m only 1cm from bronze medals, U9 boys Dara Zimmerer and Keelan Moorhead doing likewise to leap 6.18m in their event and ending 1cm from bronze and Ella Farrelly and Shannon Quinn whose combined jump of 6.86m placed them 4th in the U10 girls long jump. 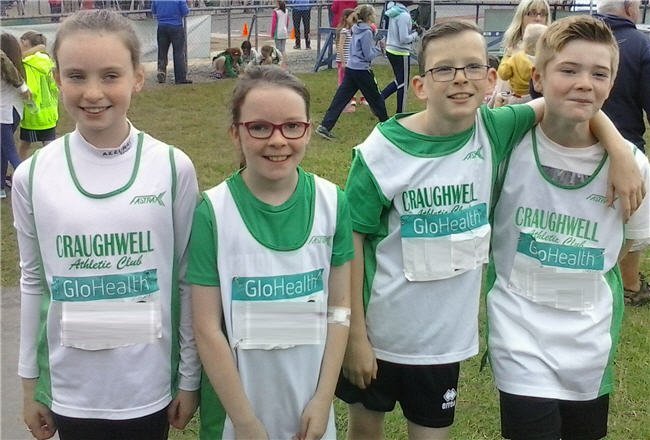 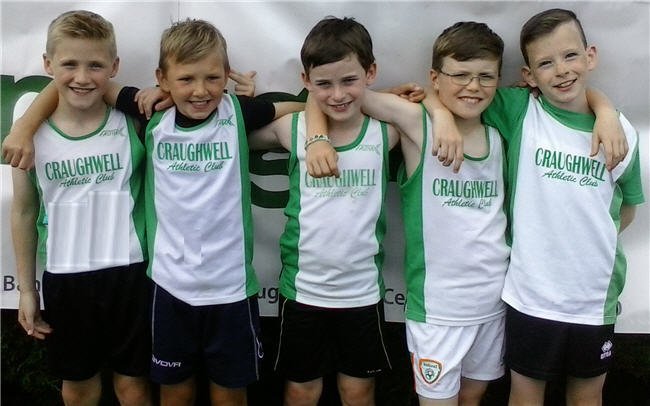 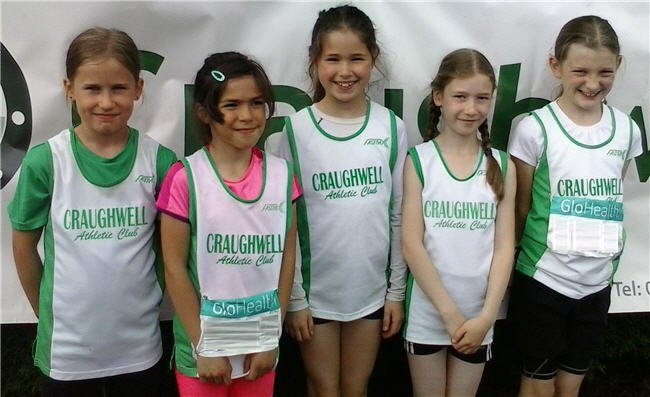 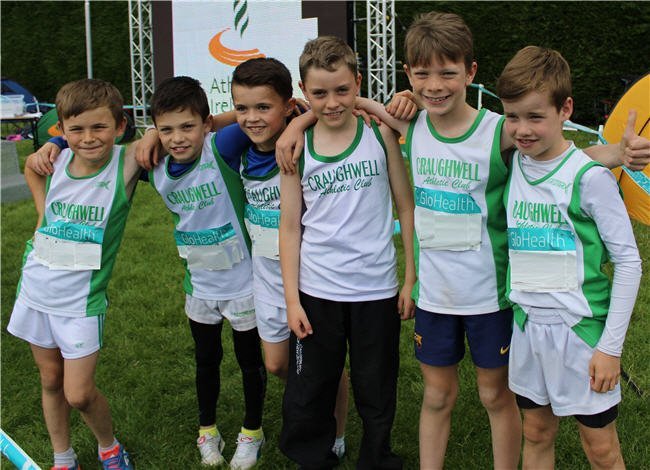 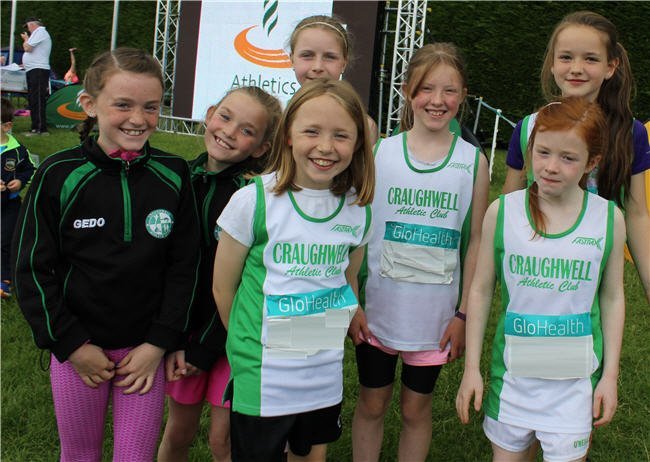 Craughwell AC’s U10 Girls at the National Championships in Tullamore