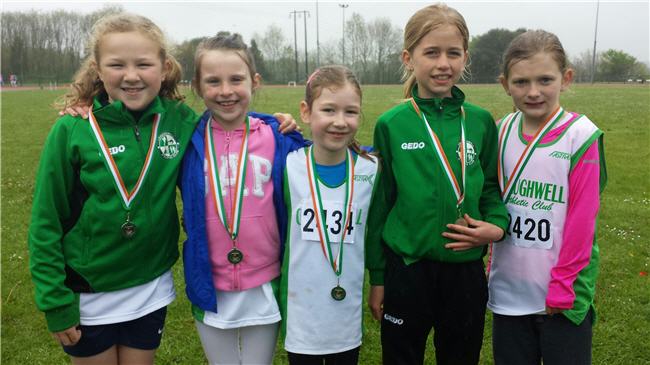 Not even the wet, miserable morning could dampen the spirits of the youngest Craughwell AC athletes as the U9s took to the stage for their track and field debut in Dangan on Saturday. They all arrived bright and early and the enthusiasm from them all was a joy to see, particularly for their coaches.

The first event for them was on the field where we had 6 girls and 6 boys competing in the turbo javelin, with all of them medalling – a great start to the day.

The relays were the first event on the track where we had 4 girls teams and 2 boys teams with straight finals in each. The girls team of Keira Gilligan, Siobhan Carr, Rachel O’Callaghan and Chloe Hallinan (sub Grace Lynch) had a great run to take the silver medal in a time of 1.13.87, with the others teams finishing 4th, 5th, and 6th. The boys then took to the track with the team of Michael Fallon, Cillian Horan, Cormac McFadden and Evan Moran. In second place with 50 metres to go Evan Moran ran out of his skin to grab the gold medal in a time of 1.11.20. The team of Callum Brady, Lucas Keane, Conor Gilligan and Liam O’Connell (sub Caleb Fleetwood) also had a great run to take bronze in a time of 1.15.00. It was great to see such young athletes running in their first competitive relay. 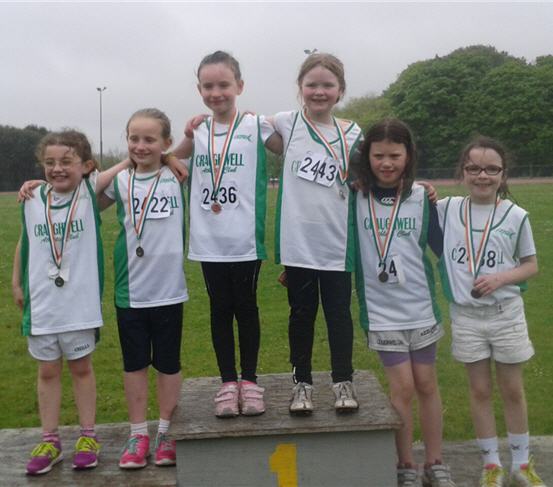 All in all it was a great day for the U9s. It was a pleasure for their coaches to see how easily they all took to their first competitive competition and for those who didn’t win medals this time around, ‘their day will come’. 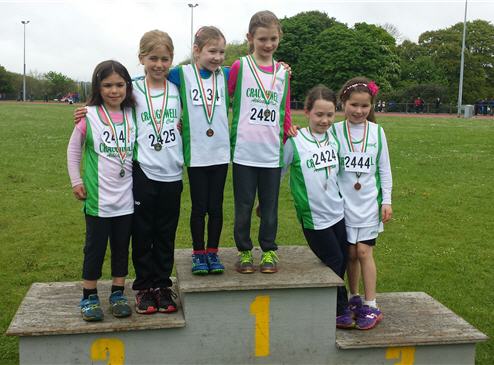