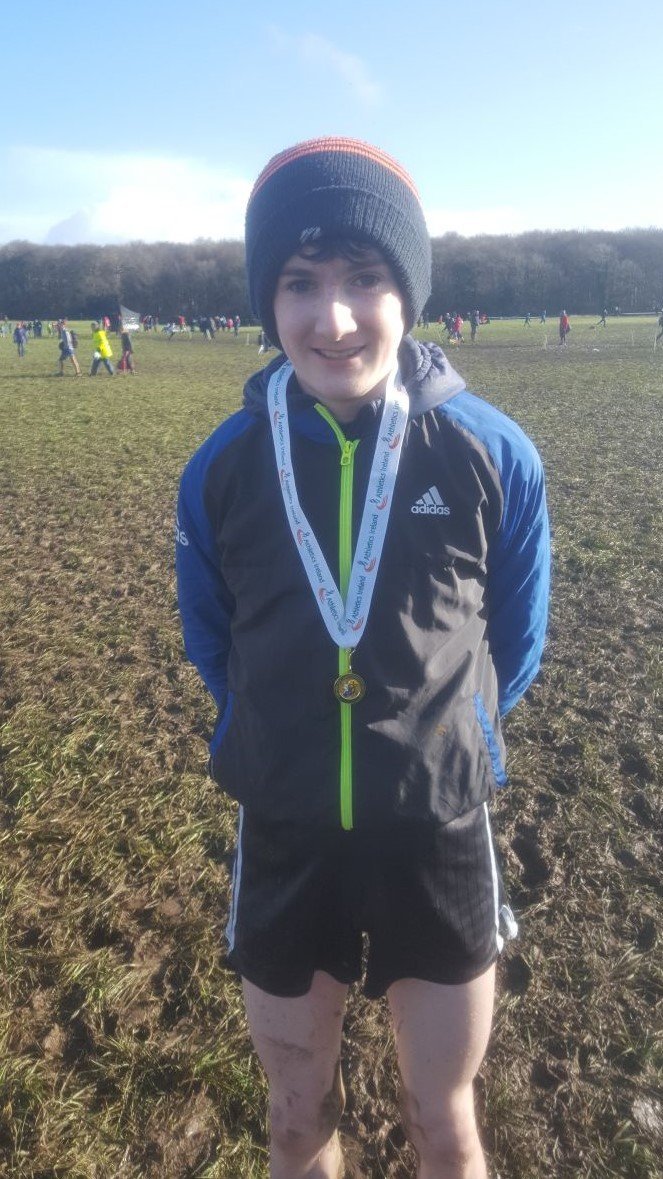 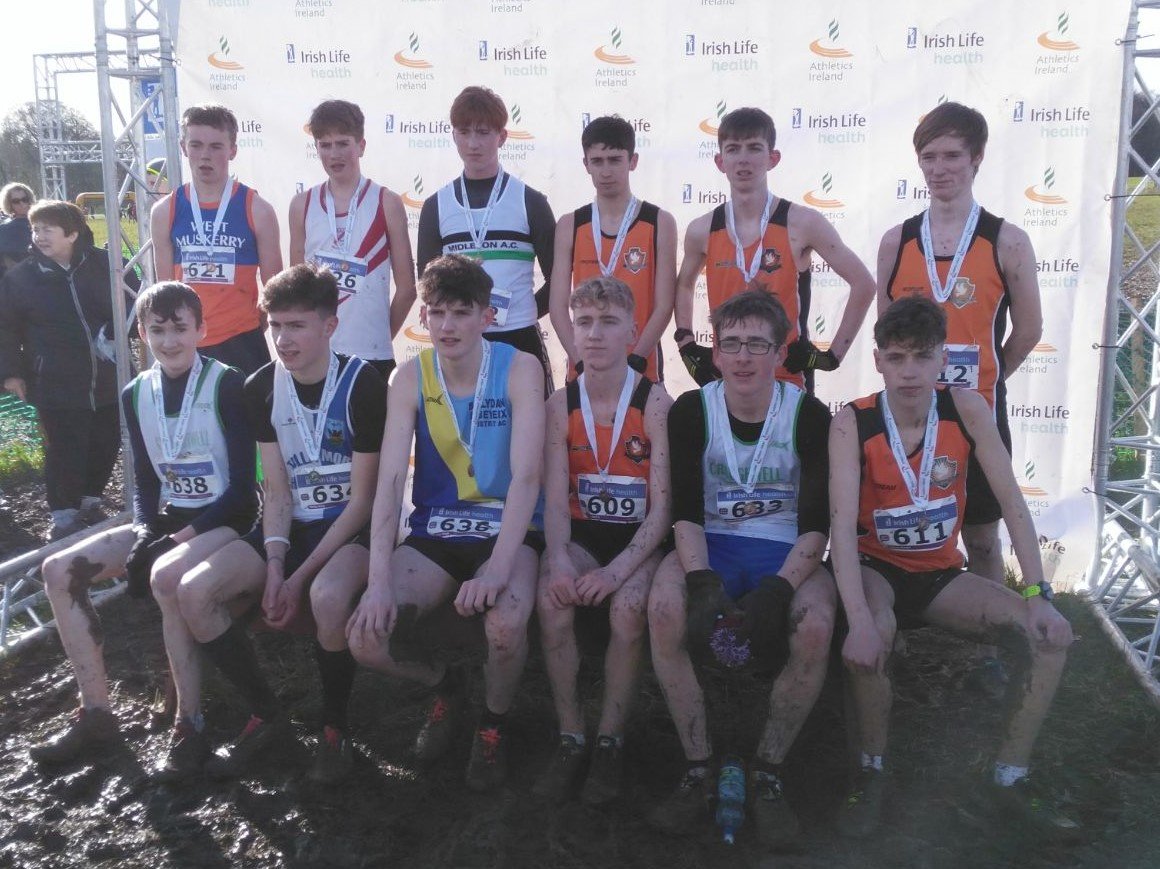 Craughwell AC with 2 U17 Boys in the top 12 Medalists; William Fitzgerald Gold and Patrick Noonan 5th

The All Ireland Juvenille B Cross Country Championships were held in Kilcornan, Clarinbride on the 11th February. Words will not describe the “Baltic” conditions on this day, so instead here are a few photo’s to enable the reader to picture zero degree temperatures, icy winds, poor visibility…blue legs, missing spikes (in thick mud), numb feet, numb fingers and numb bodies. 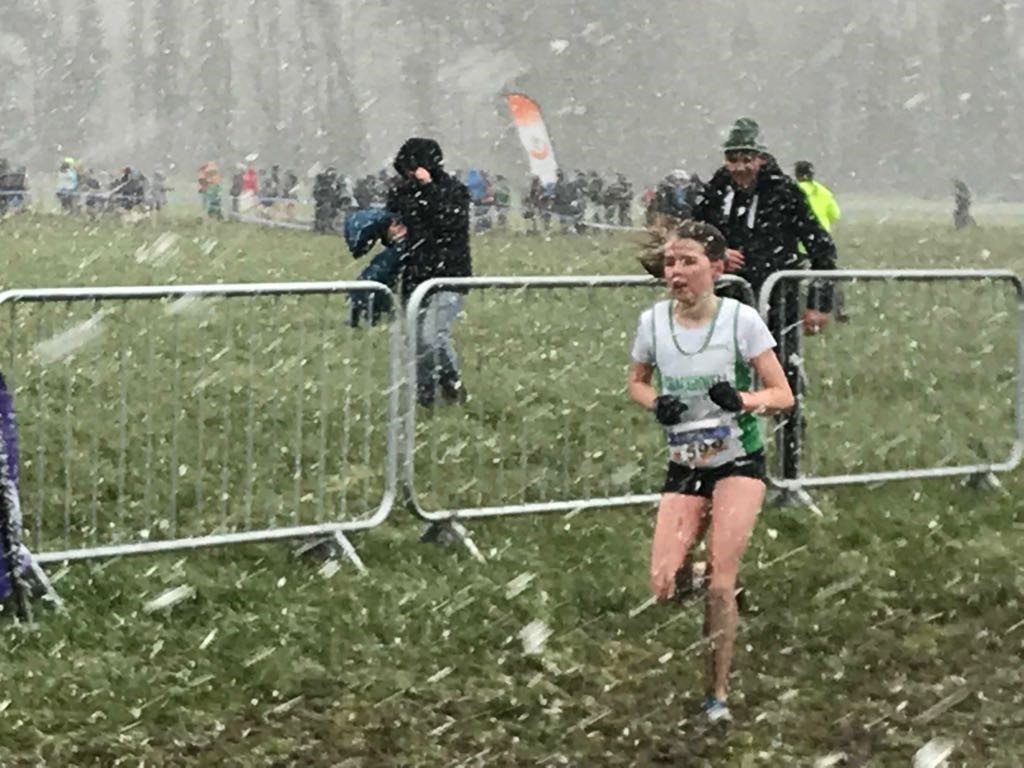 Emily Miskella running in the U15 Girls Juvenille B National Championships 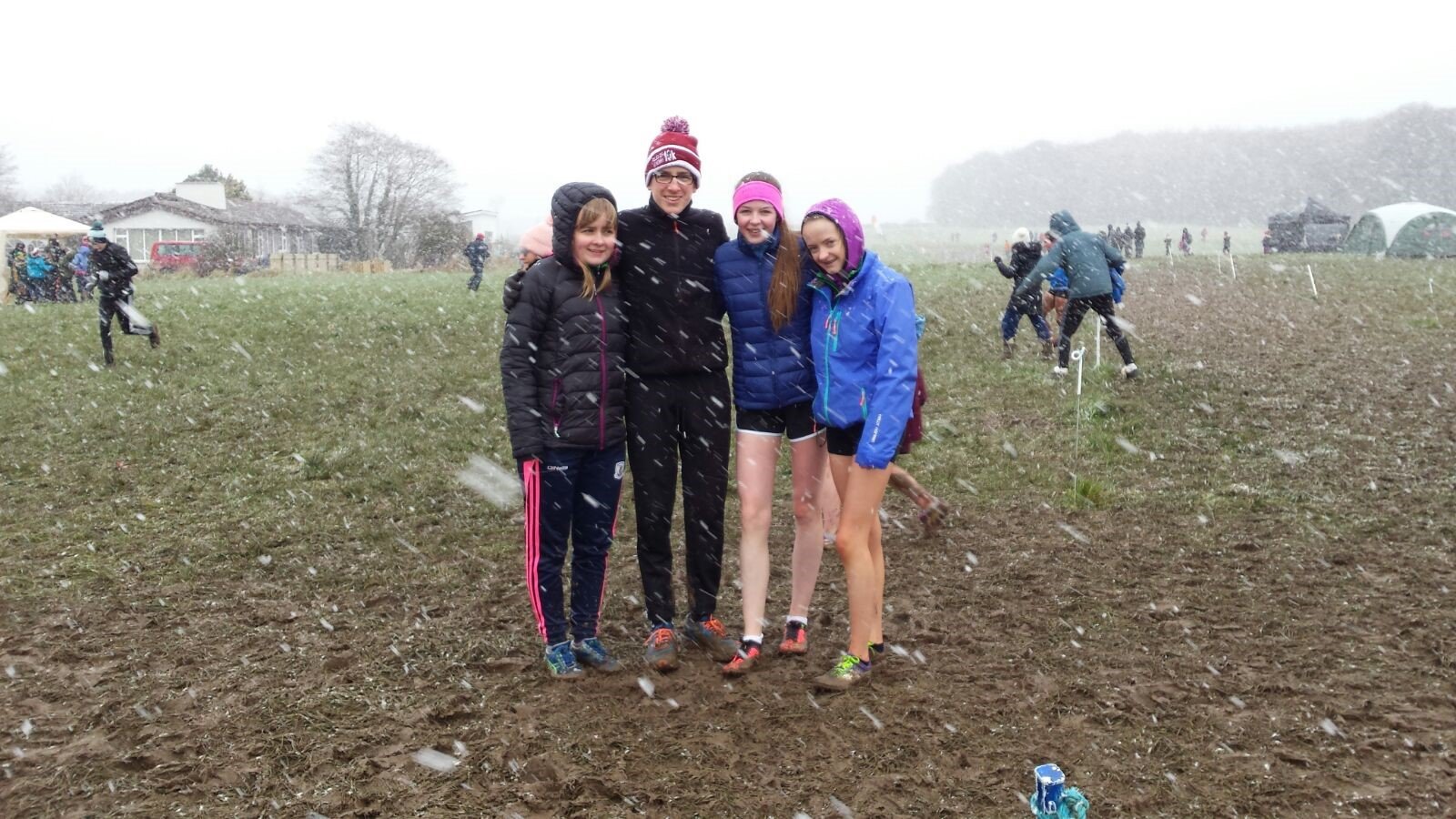 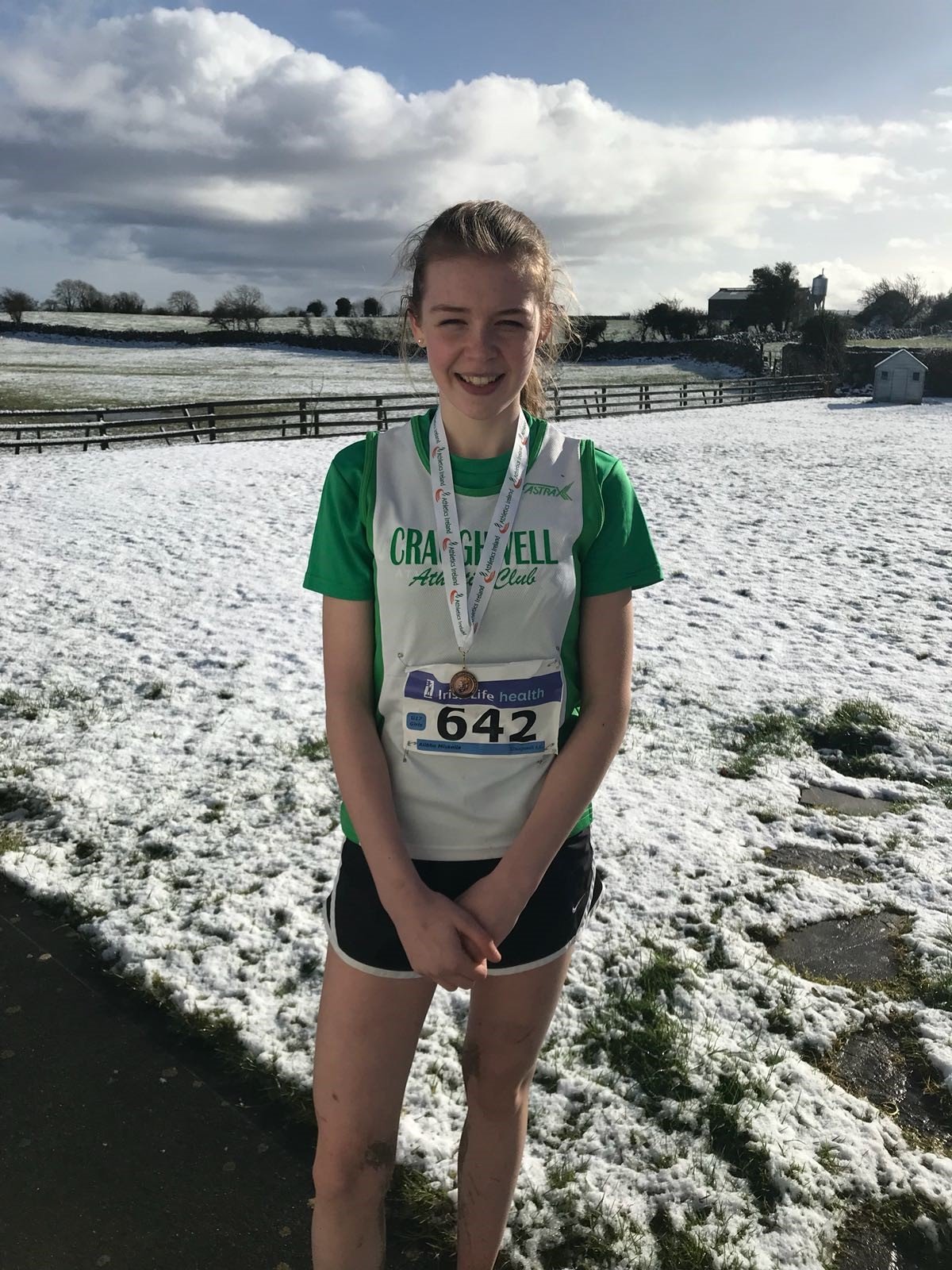 On this snowy, bitterly cold winters day we possibly had one of our largest group of athletes competing in the Juvenille B National Cross Country Championships. One consolation was the “not so early start” for most of our athlethes, who had a short commute to the village of Clarinbridge. I believe the Noonan’s could even run from their house through the woods and onto the course.

The course route differed slightly (from the Cross Country Galway’s which were held here at the end of last year), however, the course conditions were immensely different and ten times more severe. Poor visibility and thick “slushy” mud made racing incredibly challenging and physically demanding. One of the athletes spoke of the challenge that she faced to keep her feet moving in the same direction, as the entire feet sunk deep into the mud and proved hugely difficult to lift the foot up again for the next stride. Many lost their shoes. Most athletes turned a shade of mild to bright blue. Many wondered why they had ever considered cross country at all. However, despite all these feelings, most were delighted in the end as the overall achievement of Craughwell AC runners at this event was phenomenal.

The highlight of the day was our very own talented William Fitzgerald  who dominated the race from gun to tape. It was without question from the begining of this race that William charging out like a “greyhound” could NOT be “taken” at any point. The race was “his”. Patrick Noonan also held very strong throughout the race and coming in 5th gained his first ever National Medal. 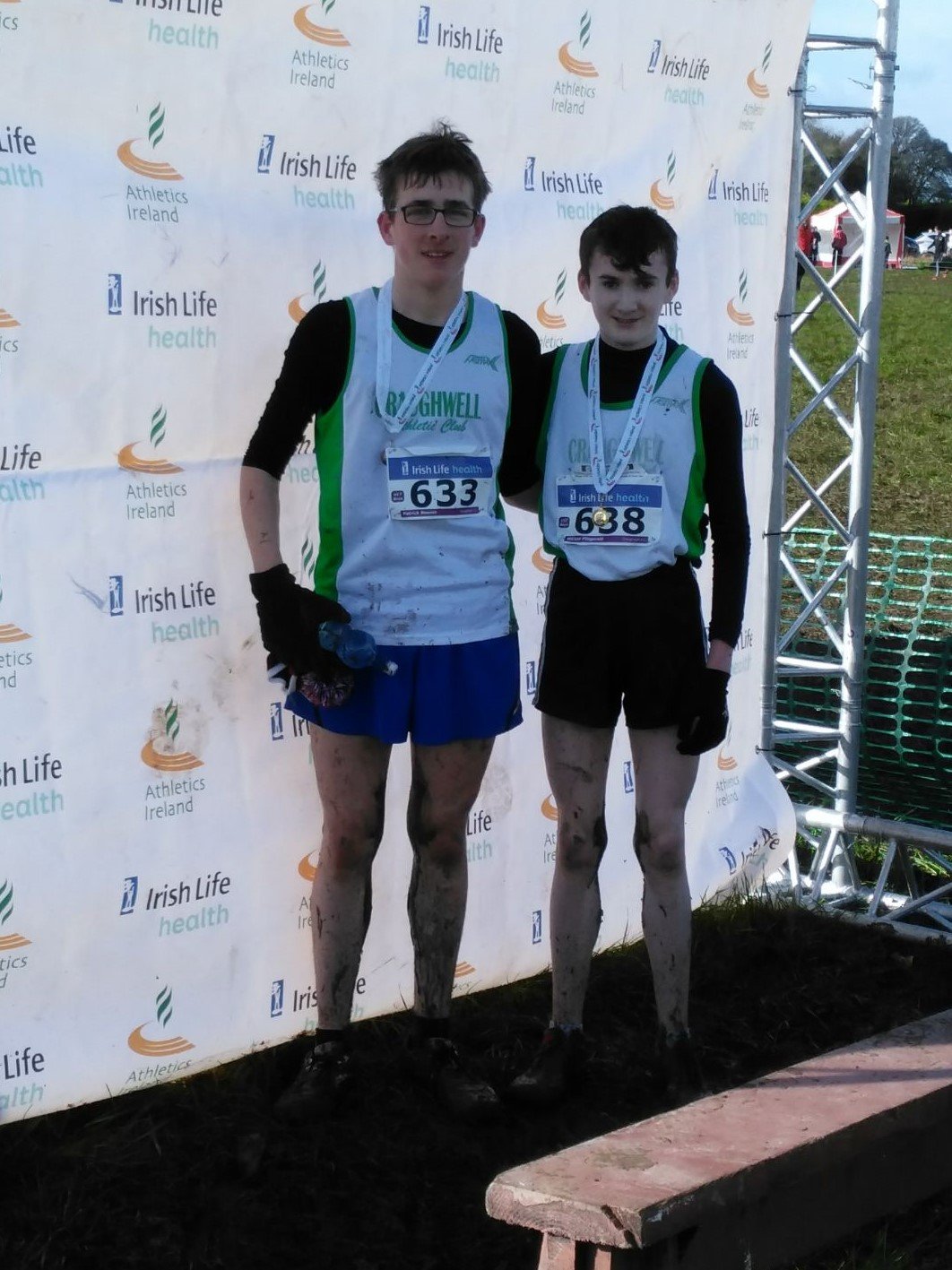 Patrick Noonan and William Fitzgerald U17

Our U17 Girls ALL medalled in their race with Ailbhe Miskella having a superb race, maintaining her 5th position throughout, Ciara Sheppard running very strong to come in 10th. Catherine Noonan who has suffered with on going injuries over the past few months, and has only really begun training consistently recently, held a fine position throughout the race to medal in 12th place.

In our U15 boys (with 47 finishers), Oisin Davis had a fantastic race and charged to the finish line in 13th place.In the U15 girls (55 finishers) Emily Miskella came 36th and Aoibhinn Keane 50th. 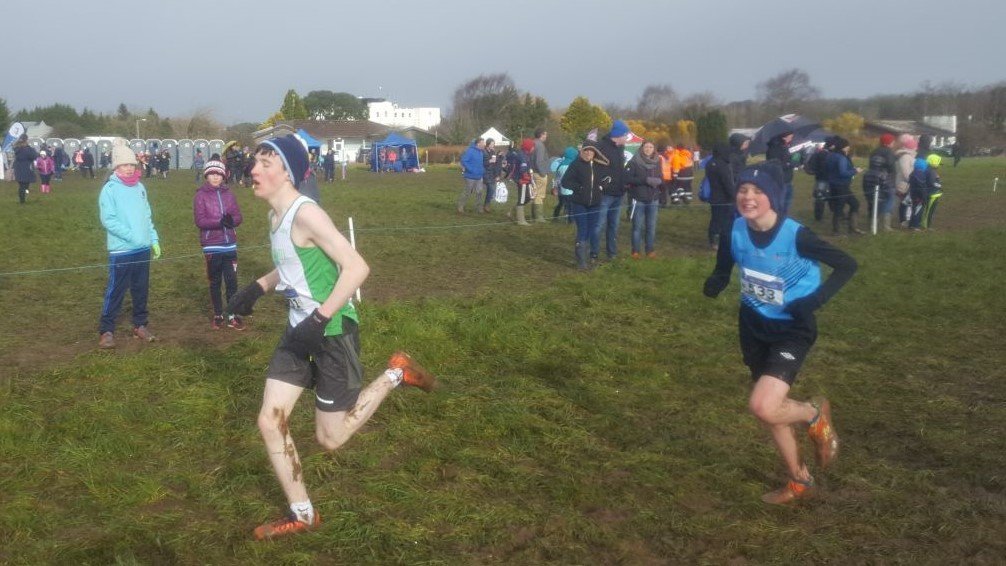 I missed the U13 races so Mairead Lavan has the following to say in relation to them:

“Three of our U13 girsl defied a cold and snowy morning in Kicornan, and put in exceptional performances in the 1500m. Fauve Aylmer was the first Craughwell girl home in 15th place, followed closely by Clodagh O’Meara 18th and Jade Moorhead in a respectiable 66th pace. Poor Jade lost both her spikes in the wet, mucky conditions.

A team of 6 U13 boys were next to the start line for the 1500m and were feeling the effects of the cold well before the start gun. Despite frozen toes, all 6 struggled through and finished the race. Daniel Galvin had a very strong run and was first hone in 26th position, followed by Ryan McDonnell 46, Evan Hallinan 54, Cian Lavan 60, Luke Flynn 64 and Gavin Keenan (stepping up), 67th.” 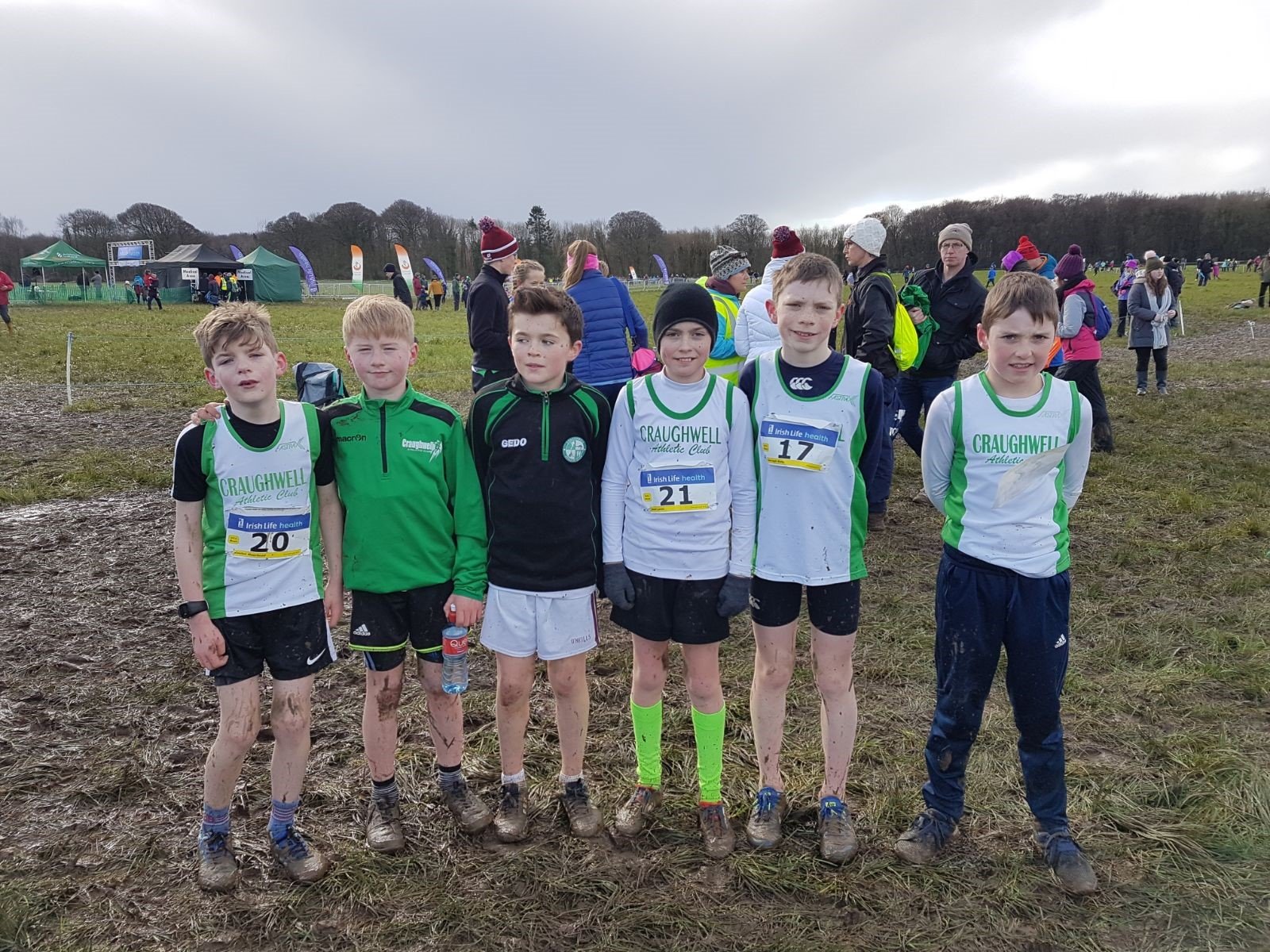 Below are the results of our U11 boys and girls:

Well done to each and every one of you who braved the elements and achieved so much.