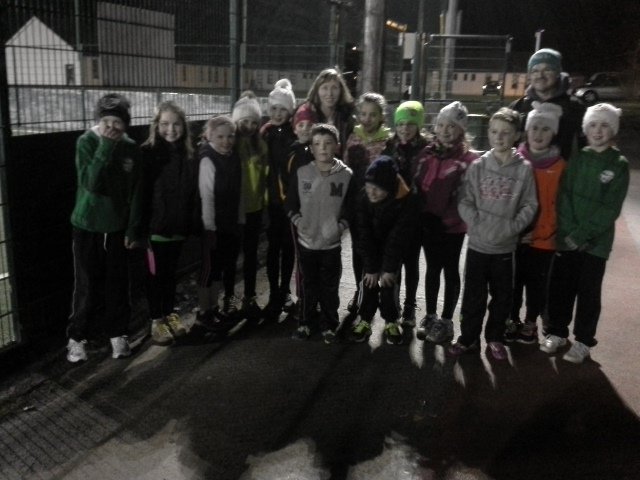 Huge congratulations to Galway and Carrabane woman Olive Loughnane whose silver medal performances at the World Championships in Berlin in 2009 is about to be upgraded to gold following the latest drugs scandal in Russia arising from which the gold medal winner has been banned.

Incidentally, when our hard-working U11s were training on a cold night between Christmas and the New Year, who casually popped in for a walkaround the track with her husband – the lady herself, who generously gave up her time for a chat and some photos with the athletes.

You can read a small bit of the athmosphere of that time in 2009 here:- Mike’s Berlin Blog although we were not there in time for Olive’s masterclass performance.