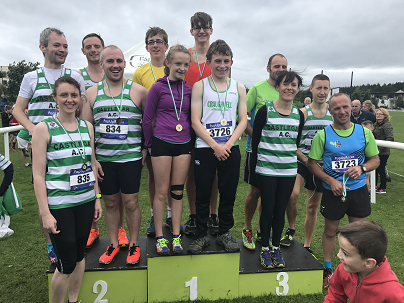 Chosen to be part of a Connacht Endurance Squad, 8 eager athletes headed into the “wild west” to spend the weekend in Killary as part of an AAI developmental squad. The beautiful scenery and hills galore provided the perfect setting and opportunity to prepare for the season ahead. Every age group was represented this weekend with Jack Miskella (U20), Caron Ryan (U19), Oisin Lyons (U18), Ben Ryan and William Fitzgerald (U17), Ailbhe Miskella, Kyle Moorhead and Finbarr McFadden all U16.

Almost every U16 upwards endurance runner were representing the club this weekend with the remainder of the athletes taking part in a X Country Relay (4 x 1500m) and 3k hosted by Castlegar AC.

All athletes put in tremendous effort resulting in strong performances.

The first race of the day was the mixed relay x country and taking part was our Craughwell AC Quartet; Ciara Sheppard, Sean Noonan, Patrick Noonan and Luke Evans

Ciara was the first runner to take to the field. Conditions were perfect (no rain) and light winds. The course although mainly flat had a couple of small hills to manoeuvre and add to the excitement of the race. Ciara in one of her finest performances stormed off to a great start and immediately took a clear lead, a lead which she held for the entire leg of this race. Taking over from Ciara and second to run was Luke Evans (who has only recently joined the club) and although he has very little x country racing experience, he raced like a “pro” and managed to keep ahead of the other runners and with a clear margin lead and a sprint to the cross over line, handing over to Sean. There was no stopping Sean who helped fight off any components who thought they had a chance with this group. Patrick running last maintained the momentum with an equally strong run to race to the finish with a 1st Place victory. This is the first time that this group had run together as a team and each and every runner deserved their place on the podium.

Next to run were the U10-U14 x country relays (which no doubt Mike T. will update you on).

Our X Country runners are made of strong stuff and a 1500m is merely a “warm-up” for them. All 4 relay runners joined by Sean Cotter (U15), prepared for the next race of the day; the 3k Senior Men and Senior Women’s race. 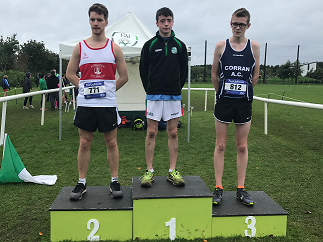 Our Craughwell athletes got off to a great start, aiming to get ahead and then settle down to a strong pace. Sean Cotter put in an exceptional effort and from somewhere around the middle of the pack, managed after around 1k to work his way up through the ranks to take the lead. He continued to fight off a few others attempting to catch him and with only 600m to go, there was a significant distance between him and the next runner (fighting for second place). Despite taking a sharp turn and tumbling over, he managed to pick himself up and pretty much sprint the final 200m. There was little distance between Luke, Sean and Patrick who all with tired legs and fighting against the wind towards the end of the race, finished in fine positions. Next in was Ciara who despite pain in one of her legs that clearly began to affect her after 1.5k, persevered and even managed to sprint the final stretch to the finish line and finishing in 3rd place. 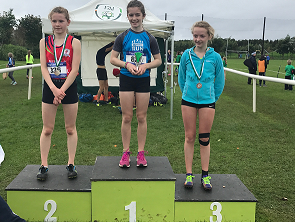 Exceptional performances from all those who took part and a taste of what to expect from these fine athletes in the upcoming county races over the next few weeks. 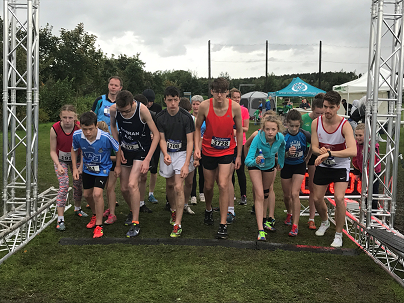 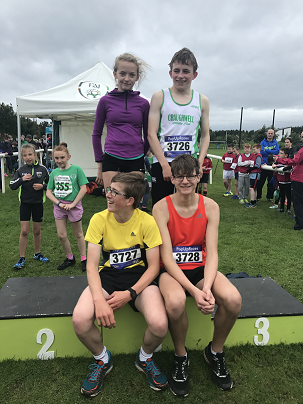